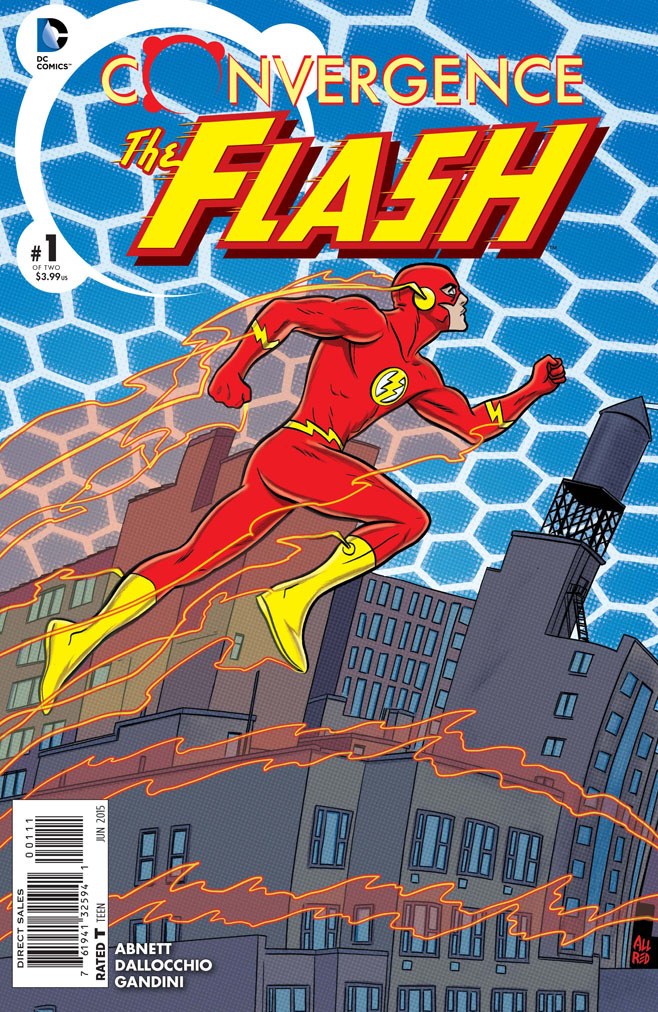 With DC’s current Convergence storyline kicked off and in full effect, we’re left with an unlimited number of cities with an unlimited number of perspectives and stories. There’s no telling which version of any character we’ll get to see at any moment. So with Convergence: Flash #1, it was refreshing to get a Barry Allen that we could recognize. One that’s still pining over Iris West and is as charismatic as ever.

But this issue offers something more. For anyone that’s confused about how this Convergence thing works, I recommend picking up this book. Barry is used as a vehicle to explain how things got to this point and what life is like inside of the giant domes Telos has been keeping citizens trapped inside of.

Barry struggles with the uncertainty of his future and the future’s of everyone else as he’s trapped inside of Gotham City, which he was visiting from the 30th century, where he’s finally managed to scrape together a solid life for himself and Iris, with occasional trips back to the 21st century. Only, on his last trip, he lost his way back and his access to the speed force. Barry Allen, the Flash, got outrun by a 20-something-year-old jogger in a pair of leggings. Ouch.

And on top of that, he’s being tempted by a great woman that he’s been working with for a few months and got a stern lesson in whining from none other than Bruce Wayne himself. Like all of the #1 issues in Convergence probably will, we get to see the main character’s first moments during Telos’ worldwide declaration that only the strong shall survive what’s about to become a battle for the ages. By the end of the book, Barry meets what appears to be his first opponent.