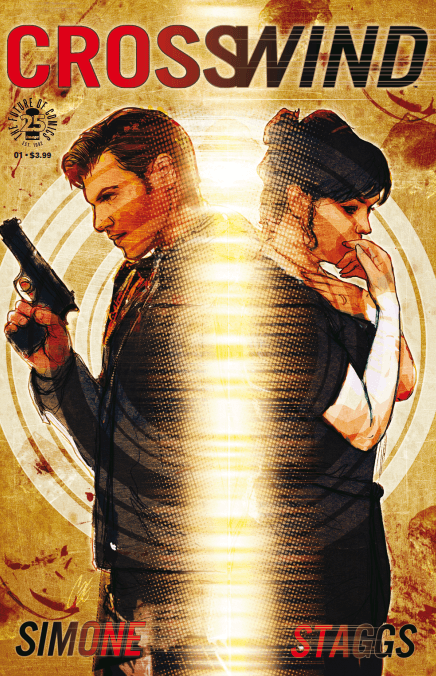 A few months ago, when I heard that Gail Simone was putting out a new comic book from Image, I may or may not have threatened my fellow writers to get this assignment. You see, Simone is one of those writers that comic nerds talk about, one whose creativity and characterization cannot be surpassed. And I wanted to know, is she really that good? I’m here to tell you:

Yes, yes she is that good.

In issue #1, Simone introduces us to our protagonists: Cason and Juniper. Cason is a Chicago hitman, slick, chill, deadly. Convinced of his own skill and value. 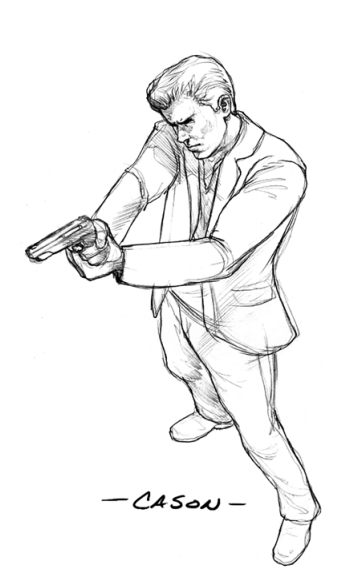 He has a beautiful girlfriend (who looks suspiciously like Serena Williams) and all the money that comes from killing people. But he has a problem — his career has just gone sideways. 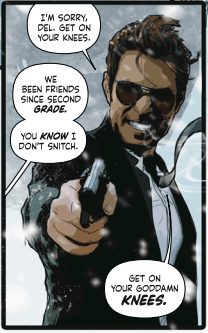 Juniper is a beleaguered housewife, sexually harassed by her neighbors and verbally abused by her husband. She is the exact opposite of Cason in skill and value.

She’s a stepmom who discovers that her husband may be cheating on her on the same day she’s supposed to prepare the perfect dinner for said husband and his boss. She also has a problem and it is her entire life.

So when they switch bodies, that’s not a spoiler, that’s the premise, who’s winning and who’s losing?

The way that Simone writes these two completely different characters, the details, the pauses, the inflections, drew me in from the very beginning. It is not just that they are realistic — honestly they are very cinematic to start — it is that they are *deep*. You know you’re only looking at the surface and the hints of depth make you want to dive in.

Speaking of cinematic, the art is movie-like to the nines. Simultaneously digitally crisp and impressionistic, the art allows a level of detail for facial features and body postures while also leaving the backgrounds fuzzy and half-imagined. Staggs, whose previous work includes Supergirl (DC Comics) and Star Trek (IDW), really holds up her end of the work here. It is striking and fits the fantasy body-switching well.

This is your chance to start out with a brand new comic with two amazing women comic book pros. Don’t miss it.

9.8 Oh Thank Gods out of 10
Note: I’m saving that last .2 rating for when this comic gets even better. Here’s the promo trailer, in case you need more convincing.