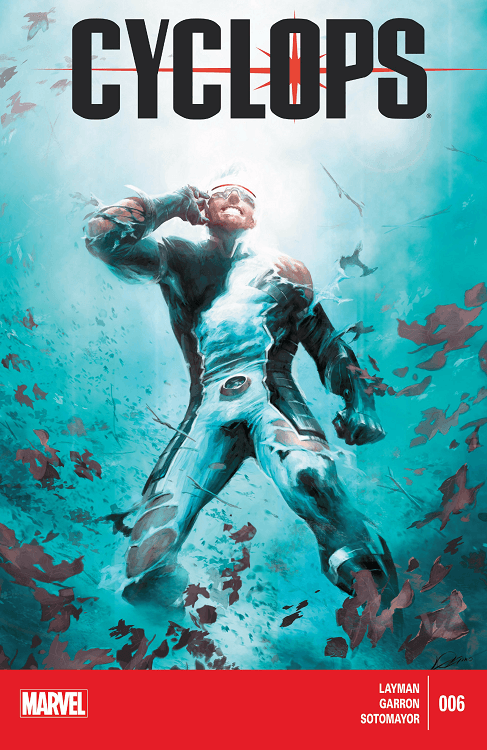 Cyclops which has been EXCELLENT in its first five issues gets a new creative team this month in the form of Layman and Garron. They put together a good and solid issue, advancing the narrative some and keeping the core relationship of Scott and Corsair as the central point while beginning a new arc. Still, short of them putting together some gamebreaking issue, Greg Rucka and Carmen Canero’s deft touch is immediately missed. The economy of words and emotional framing the two mastered in their opening arc just isn’t the same here and quite honestly, isn’t matched by the majority of “good” books currently being printed. Still, the team does a good job of continuing the story as we find Scott screwing up again. And again. And again.

Something that is continued and appreciated is that we never lose sight at how young this version of Scott Summers is. Even with the All-New X-Men under Bendis’ care that spawned this book, it was easy to forget that they were teenagers at the time. I imagine a time will come when this Scott, having matured in a much different way than our familiar Scott Summers will meet again with some crazy results. The work that is being done with this characters as an adolescent could pay big dividends in the end.

Javier Garron is behind the pencils now and the visuals are good, but still a little more aggressive and sharp than his predecessor on the book. It still matches the boyish quality that of Scott himself, but it pulls away some from the innocent and unassuming disposition of Scott (definitely aided by colorist Chris Sotomayor).

A new creative team moves in and I’m sad to see Rucka and Canerom go, but the new guys do an adequate job of carrying the torch.