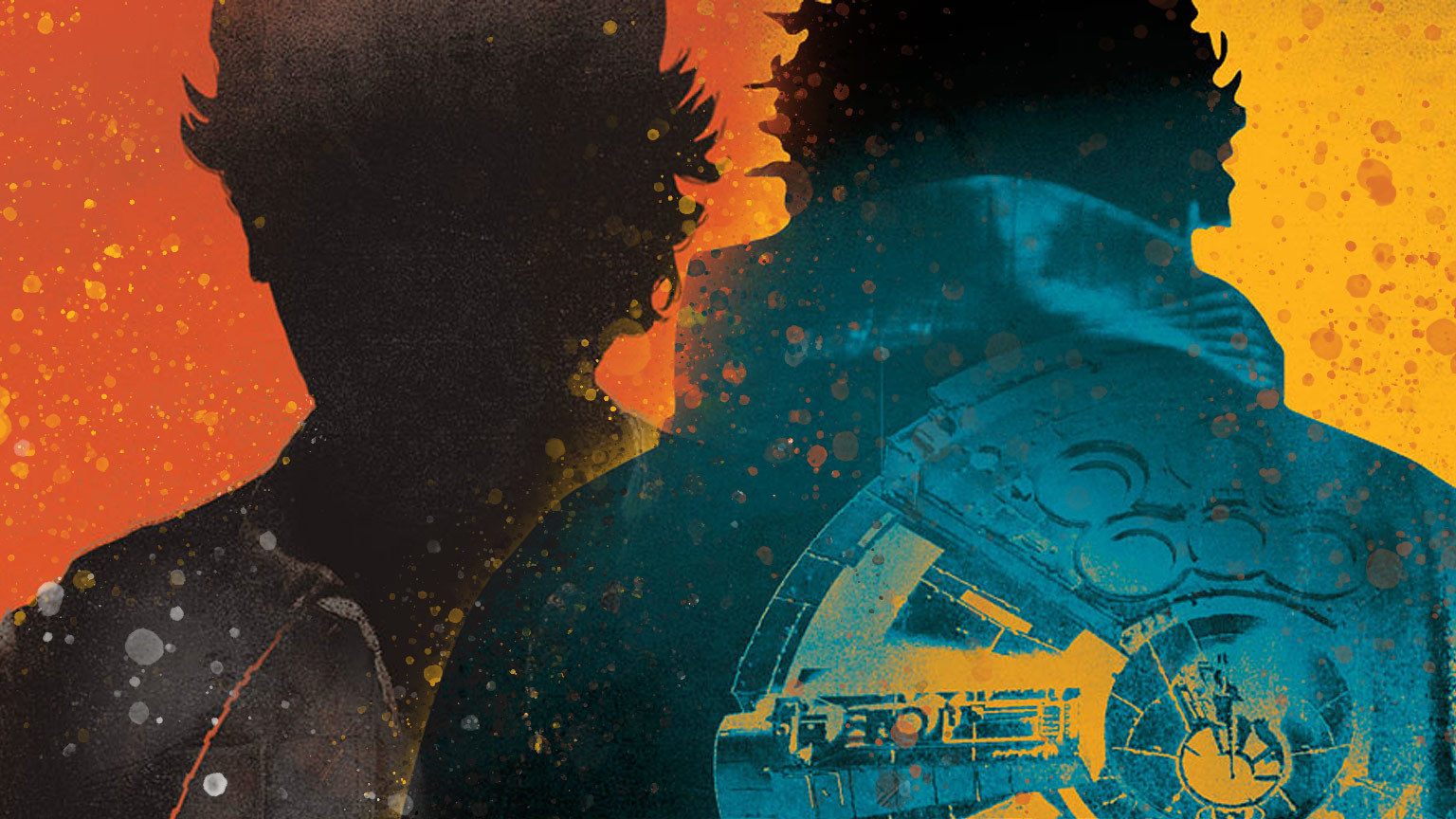 As I sat reading Star Wars: Last Shot, a story that features Han Solo’s insecurities about raising young Ben, my kid read her Little Golden Book I Am A Jedi at the other end of the couch. — Okay, who am I kidding, she was sitting on top of me so I couldn’t move while also squirming and asking me for something to drink. — That is to say that I am smack dab in the middle of the generation that Last Shot is targeting. From that perspective, this book hits the right spots while also delivering a satisfying adventure.

This isn’t surprising. Daniel José Older has been showing his skills for years now. His name has cropped up on lists for the Locus Award and the Mythopoeic Award. He won the International Latino Book Award for his Shadowshaper novel. For a writer with his skills, it might seem like writing licensed material would be easy. On the contrary, considering how many characters he fit in, while also wrapping in 3 separate timelines, this was a challenge befitting his boss-level abilities.

At the outset of the book, Han is the primary caregiver to Ben as Leia rustles the New Republic into some kind of order. Han’s feeling a little sad sack about that. He is full of complaints about his cushy life as the Husband of the head of the New Republic, Senator Organa. What’s really touching is his inability to express this concerns to Leia, who remains as steadfast and graceful as ever. Given what we know about how Ben turns out, Han’s concerns about being a good father are all the more impactful — his fears must never really go away.

While Han is trying to be a stay-at-home dad, Lando is being pursued by a murderous droid for a doodad — the Phylanx Redux Transmitter — stolen by “someone in the Millenimum Falcon” 10 years before. Ten years before, of course, Han was in possession of the Falcon. He just never had the paperwork changed. This is like leaving your cable bill in your grandmother’s name when you know full well you ain’t gonna pay on time. Lando’s not hot to pay for Han’s bill, so the Droid Impresario (Lando has as many titles as he has capes) storms up into the center of the New Republic and demands some answers. Those answers unravel over the next 300 pages as timelines cross and what seem like simple things get very, very complicated.

Lando and Han quickly resolve to go find not only the doodad but also the person Han stole it from originally, and that is Fyzen Gor. He is a ruthless Pau’an gangster with a terrifying pet project involving droids. Now I will say, as much as I did enjoy this book, a wide knowledge of the Star Wars universe is almost mandatory to really enjoy it. If you’re new to this canon, the race and species names come flying so fast only a true Jedi could handle them all. I spent half the book with the Wookieepedia open on my tablet next to me for reference.

As Beckett says in the Solo trailer:

So Han and Lando recruit a squad to find the Transmitter:

Lando’s riding with his situationship — Kaasha Bateen — a lovely Twi’leck strategist he met during the war. In typical Lando fashion, he’s in love with her but so busy trying to keep his playa card that he’s pretending he doesn’t care. She however is as cool as he’s pretending to be.

Woven into the book are two flashback timelines that tell the story of when each man first came into contact with the Phylanx Redux Transmitter. Han attempted to steal it, but the
woman with the plan was really Sana Starros/Solo. Han can’t say no to women in general, and Sana is on that list of women who he *extra* can’t say no to, even if the money isn’t good. (*spoiler*The money for the deal is great.) What Solo does in attempting to hold up his half of the bargain…let’s say this… Han is a great pilot and an accurate shot, but he is *terrible* at almost everything else about being a smuggler.

In Lando’s flashback thread, Lando is banging his way across the galaxy when he gets dragged into a confrontation with the Phylanx Redux Transmitter by L3-37. L3, or Elthree, is amazing. She’s a female droid with some truly deep thoughts about her place in the Universe and that of other droids.

But then the galaxy itself forged me into who I am. Because we learn, Lando. We’re programmed to learn. Which means we grow. We grow away from that singular moment of creation, become something new with each changing moment of our lives—yes, lives—and look at me: these parts. I did this.

Gone are the days of C3-PO blathering on about nothing, though there are droids in the book who do that. L3 is a droid who *thinks*, who has ambition and opinions and acts independently of the people, the organics, around her. A friend mentioned that the Twitter hype about L3 was that she was “everyone’s spunky teenage sister/friend” in the Solo movie. In the book, she is so, so much more.

Characterization You Can Sink Into

Once Han and Lando have their crew and the shooting starts, this is a banging space adventure. They storm a prison planet, meet a justifiably offended Gungan, dodge ice asteroids and have shootouts with gangsters and gamblers. All the while, Han and Lando keep up their brotherly odd couple banter while their interior monologues go much deeper. They delve into their fears for the future and what is at stake if they don’t succeed. Both Han and Lando struggle with that fact that they are heroes of the New Republic and what that means about the scoundrels they once were and still think they are in their hearts.

The characters seal the deal on the book. There are tons of them, and every one has a solid voice and style that makes them easy to tell apart. Among all the aliens and droids, there is a diversity of humans represented as well. Multiple sexualities, gender identities, and cultures integrate seamlessly, as it should be in a galaxy far, far away but usually isn’t. In Older’s hands, old characters we think we know meet new, complicated characters, and you just want to know more about all of them.

The tradition of the Star Wars novel has been around a long time. The old timeline had 150 books or more “in canon” spanning kid’s books to adult action novels. With the latest revival, all that “original canon” has been wiped away, replaced by a new generation of works, still spanning just as wide a range of target audiences.

Star Wars: Last Shot, along with the other Star Wars titles swirling around right now (Canto Bight and the various Star Wars comics from Marvel come to mind), are rebuilding the Star Wars canon top to bottom in fun, inclusive fashion. This is a solid book that fits well into the universe. While it isn’t, plotwise, related to the movie directly, I’m excited for the Han Solo movie now in a way I wasn’t before. If Solo is anything like Last Shot, it’ll be a space romp worthy of the Star Wars universe.