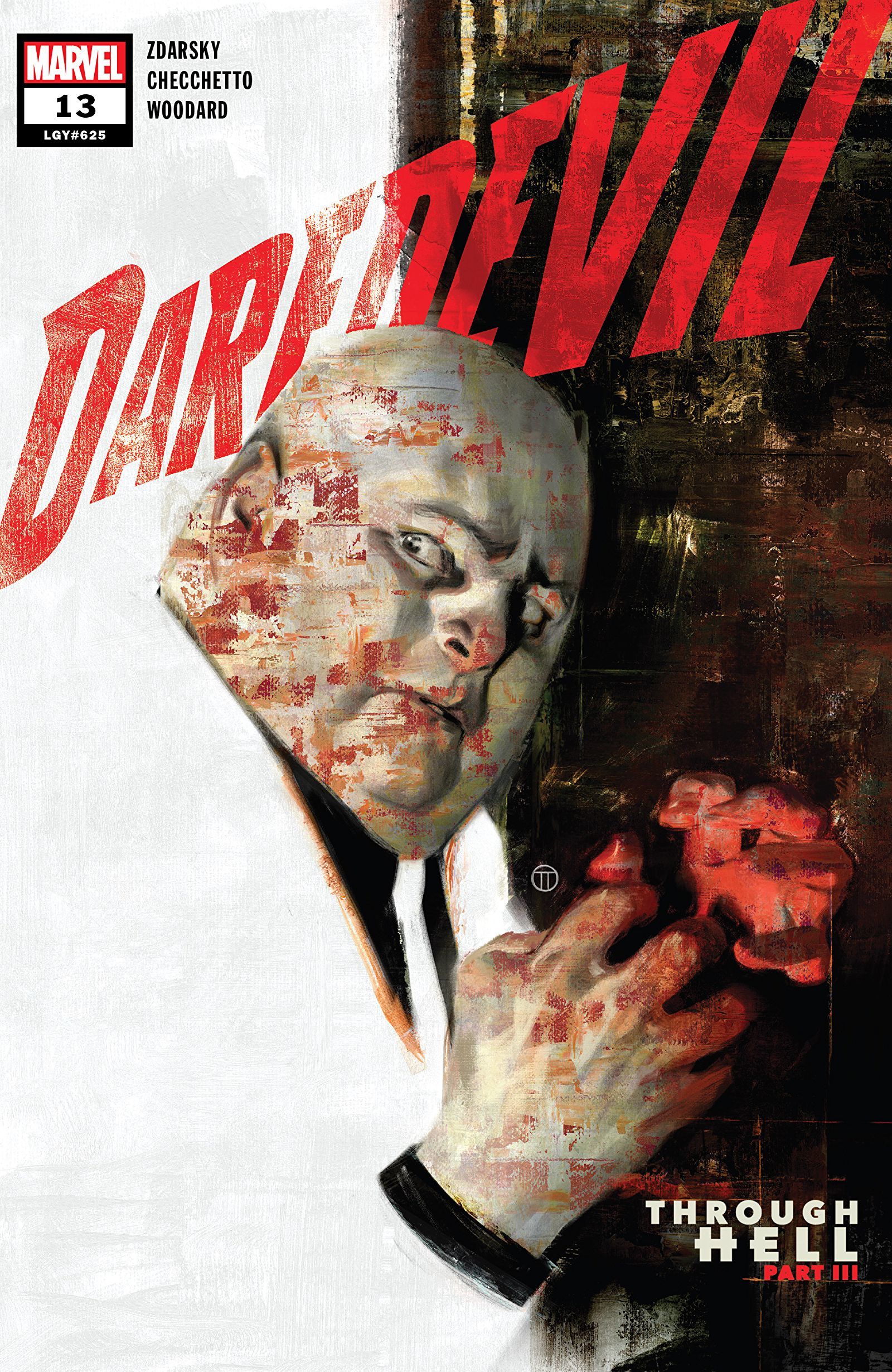 The conclusion of the “Through Hell” storyline was more intense than I thought it’d be. The side by side of Matt Murdock, Wilson Fisk, and Cole North comes to a head through each one of their traumas. This is a book about transition. Fisk learns humility in that navigating the political world cannot be done through mere violence and intimidation. His rage overtook him and reduced him to a helpless shell. Murdock’s been learning humility for a long time now. Last issue’s rooftop brawl to save a Daredevil copycat would have gone south if not for Elektra’s help. Cole learns humility through the crumbling of his ideological purity. Going “by the books” doesn’t work if the whole police force is corrupt. I’ve been loving the juxtaposition of Fisk and Murdock but I don’t give enough credit to Zdarsky’s ability to make me care about Cole alongside them. 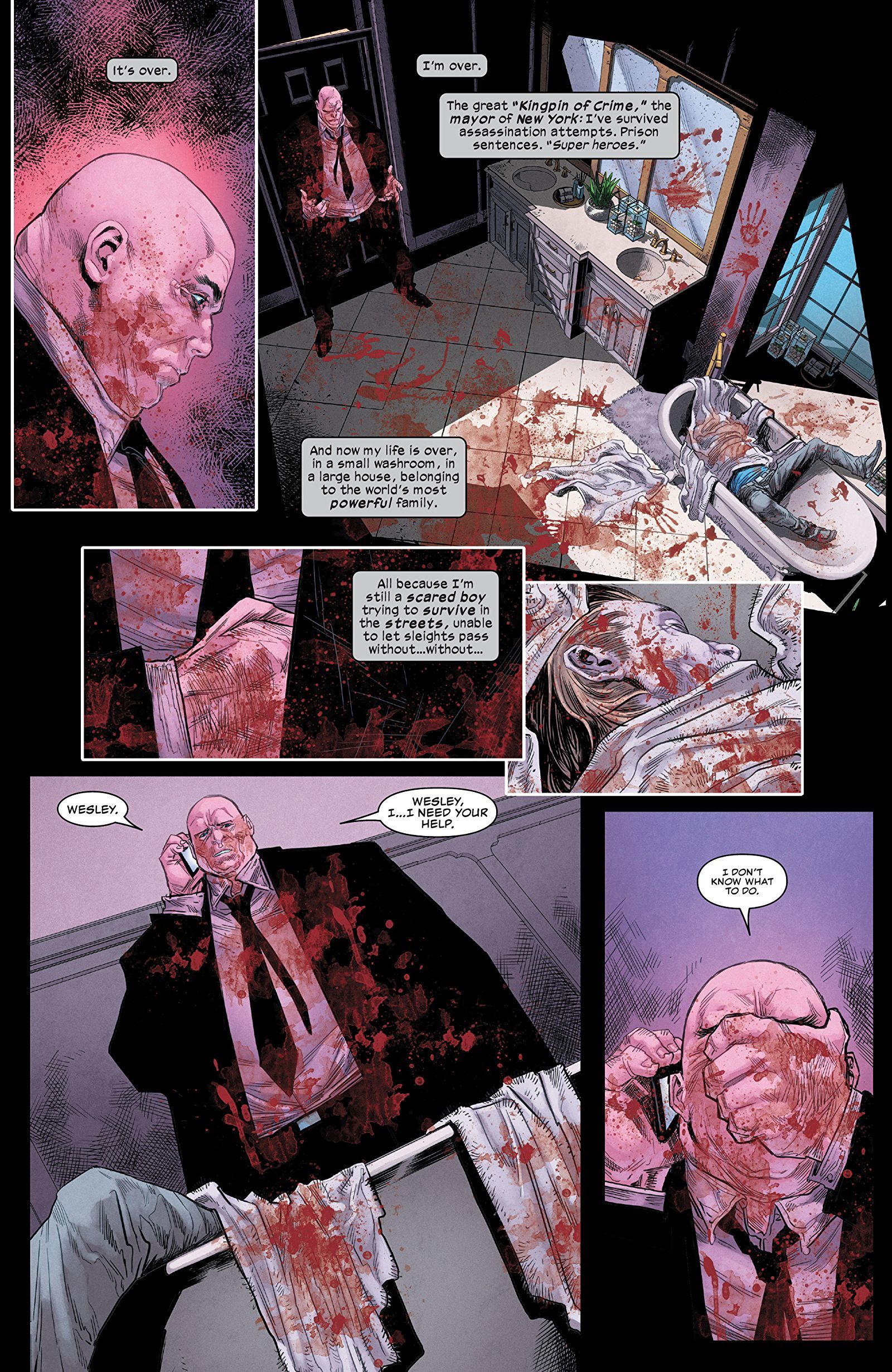 In this story, the support characters shine. For Kingpin, Wesley pulls through and allows his boss to seemingly escape the consequences of murdering a high profile figure in a mansion with his bare hands. Elektra guides Daredevil to a path to regain his former ability. Cole is in line to get some assistance at the end of the book and I. Can’t. Wait. I’d like to note that there is a page with Cole crying and I appreciate the space for black male vulnerability without implying weakness. Meanwhile, The Owl is taking aggressive advantage of the power vacuum left by Fisk. That’s the least interesting thing about the ongoing stories but it’ll be nice to see Daredevil get his groove back with a swift punch to the face. 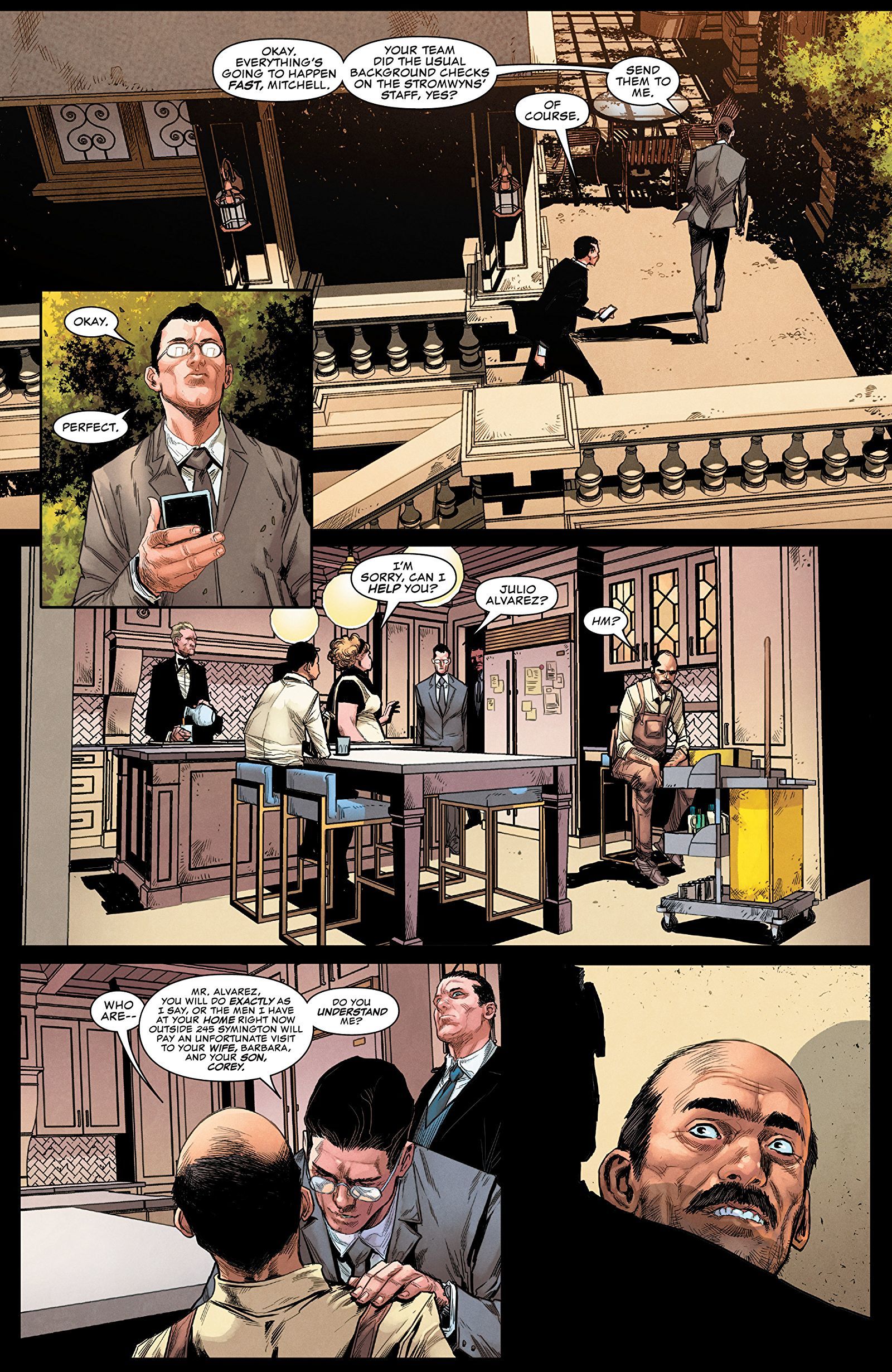 Yes, it is the inevitable praise for Checchetto’s consistently amazing work. Despite the bloody bathroom scenes and elegant sparring between Daredevil and Elektra my favorite page was more subtle. There’s a four panel page of Wesley on the phone with Fisk, listening to him explain what he’s done. All we’re given is four different expressions on Wesley’s face. It was expert storytelling and deserves all the props. Next issue a new artist joins the team alongside Checchetto. I’m tentatively excited to check out any addition in creative direction.

9 “Badass Shots of Superheroes in Hoodies” out of 10