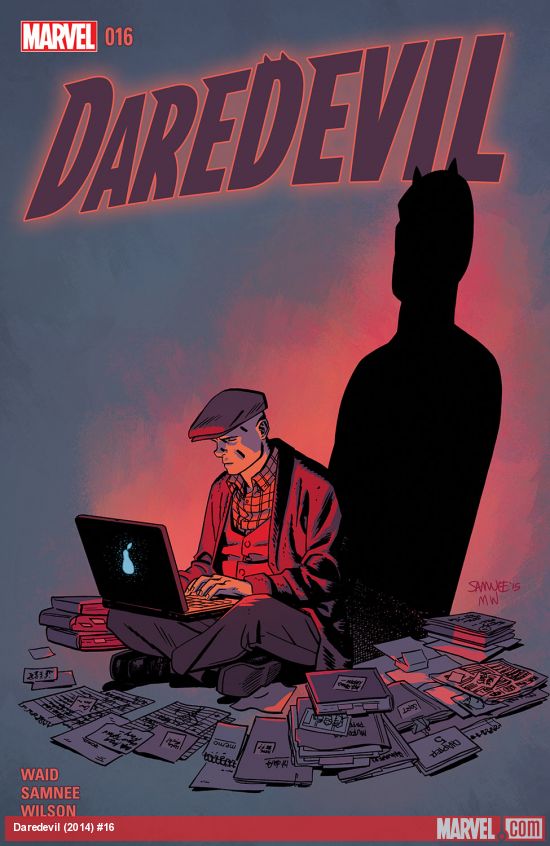 We saw what Matt has been pushed to last issue, which is having to make a deal with none other than Wilson Fisk. Man, the history between these two men goes back so long. The issue focuses on Matt reading Wilson and trying to tempt him with an offer in order to get his help. Waid did a great job with the dialogue and nuance between Matt and Wilson as it feels like we are watching a game of poker between two adversaries. The action moves throughout this issue as well, and there is a huge turn that I literally had to shout, “oooOoOOoOooOH shit!” when I came to it. 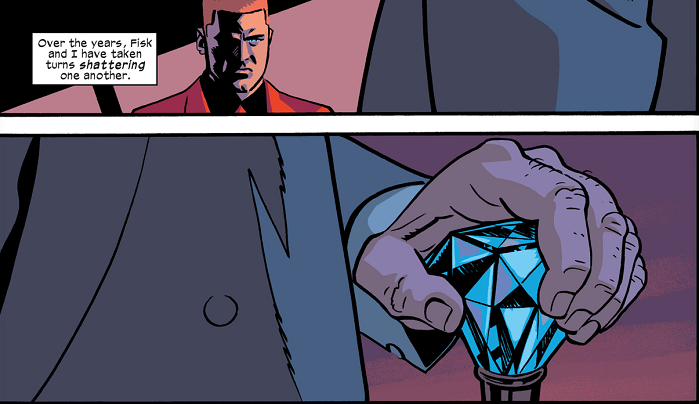 Samnee’s art is on point, as usual. He draws the dialogue scenes between Matt and Wilson as if we are watching a heated moment in a movie. The subtle way he switches to Matt’s radar as he is reading and trying to pull Fisk along is a very smart detail Samnee always knows just when to use. This book is always visually pleasing, and with what’s to come for the next issue? All I can say is there will probably be more action than a summer blockbuster.