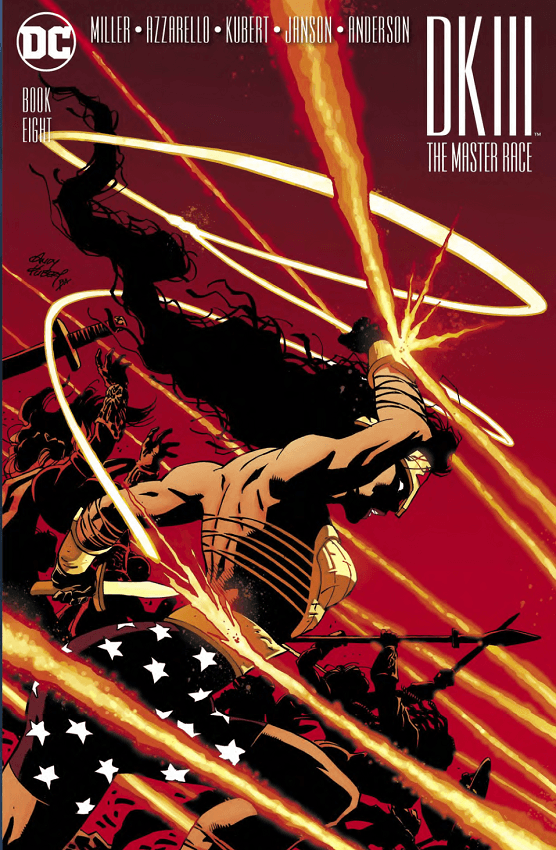 Master Race steams ahead from big showdown to big showdown as this issue we got the promise fulfilled of the Kryptonians invading Themyscira and threatening to take Superman’s son. Ahem. I’m sorry. Wonder Woman’s son. Jhyea right, fam. Home invasions are not only morally terrible, but ones that include the most powerful warrior on the planet with a bunch of just as capable warriors behind her and kidnapping her son? I’m sure you’ve had better ideas, bruh. The action is as epic as you would expect and somehow overshadows the cliffhanger from last issue, Bruce emerging from the Lazarus Pit. That opens up a lot of possible threads (some of which I’m not the biggest fan of), but it does keep things interesting for the conclusion of this with a young a primed Batman in commission. 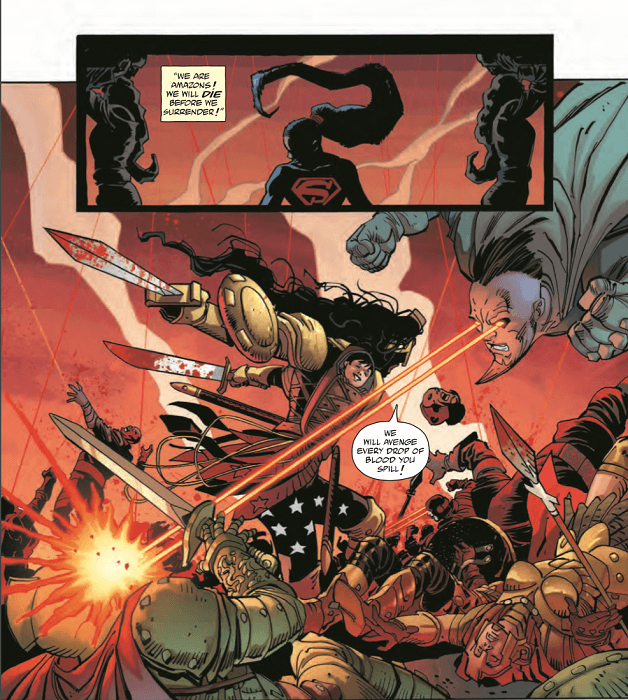 Epic battles aside, it’s still tough adjusting to how Kubert draws women characters, especially Wonder Woman, who is faithful to the style, but still doesn’t look all that endearing. This is nothing new for this art style and it’s consistent with the rest of the book, but this is the biggest dose of Wonder Woman we’ve gotten thus far, so it does stick out.

The DC event that almost wasn’t is still a pretty good book with the biggest showdown on the horizon. A pissed off Superman, a blood thirsty Wonder Woman, and a baby faced Bruce all barreling towards the end of this book.