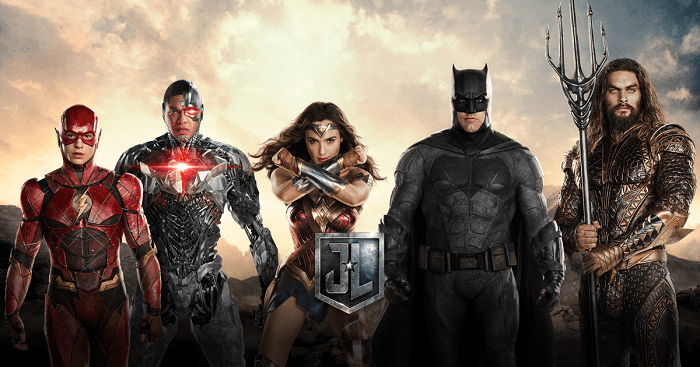 I’m gonna be honest. I resent the promotional cycle now that has led to us covering this movie about 17 times already (with literally 8 months before it drops). But to this point, our consensus anyway, is that the Justice League has looked like landfill at every turn. Enamored shots of Jason Mamoa drinking shirtless while being soaked in the Pacific Ocean aside, the promo material for the Justice League has looked uninspired at best and just outright terrible at worst. So we have a new trailer. As one of the louder voices about how bad this movie might be, I’ll be the first one to say that a couple viewings of this left me feeling like…it didn’t look terrible. When you didn’t like Man of Steel at all and you drew the short straw to review a terrible Batman Vs Superman, then “didn’t look terrible,” is pretty relative.

What I fuxs with in this new trailer:

What I’m still not feeling:

Look, I know it’s not this movie’s fault, but more a fault of the overall arch of the franchise, but we are aware that we are finally getting a live action Justice League movie without prominently featuring Superman. I mean, yo, spoiler alert and all of that, but we all know that Clark isn’t dead…forever anyway, so I expect we’ll get a late appearance from Superman by the end of the film, whether that’s part of the action or after. But if you told me five years ago that you’re going to have a Justice League movie with no involvement or promotional material including Superman, I would’ve told you that sounds like a bad idea fam. In the present tense, it still does.

Having said that, did this make me look forward to this movie. Nah. Do I have as much disdain in my heart for it. Nah. Having said that, history ain’t on its side for this to be good. Here’s to hoping they can break some bad habits.