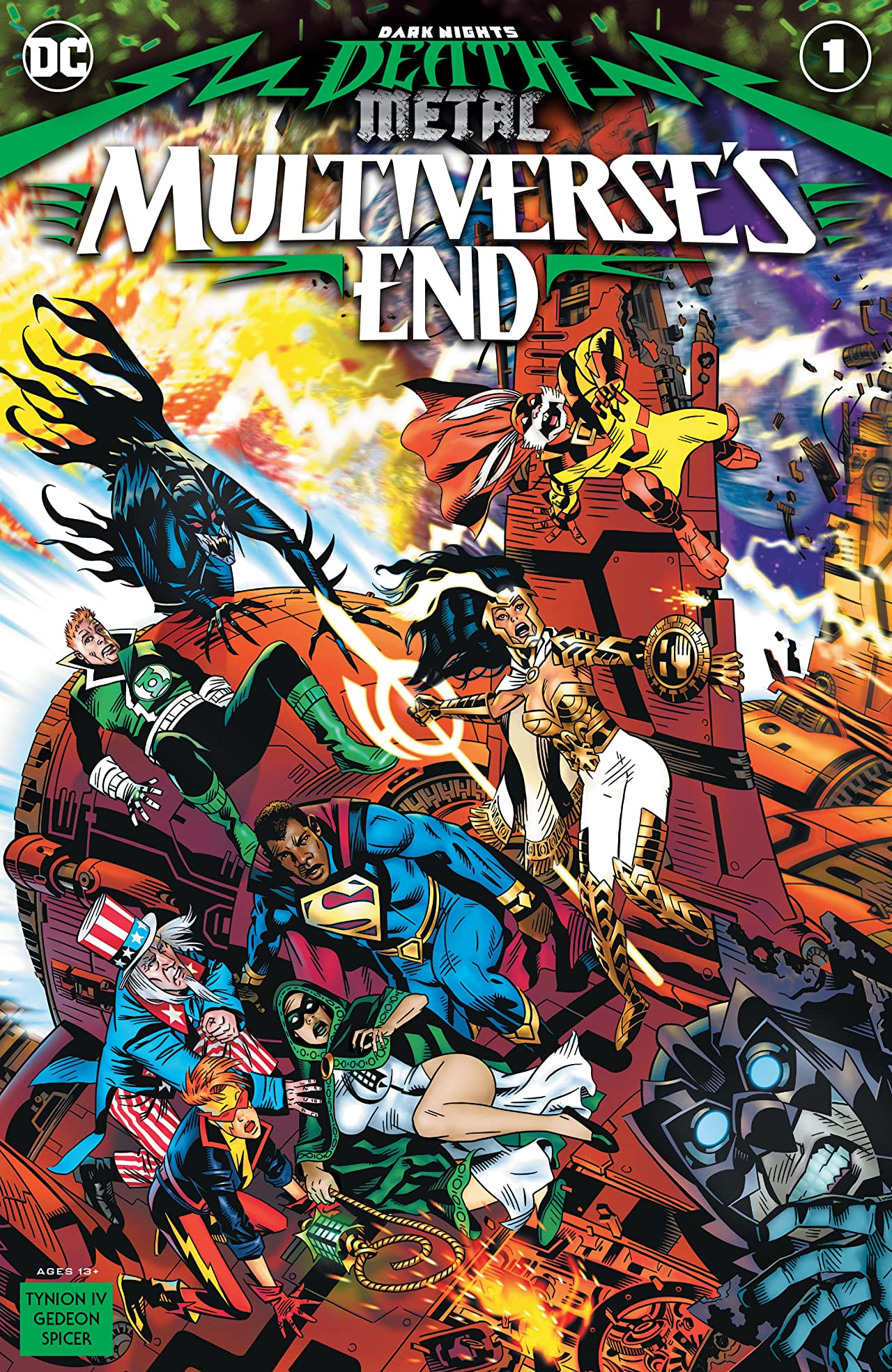 Multiverse’s End isn’t the type of tie-in that you absolutely need to read to understand the grander narrative that unfolds in a giant comic book event.

But it is a pretty fun one-shot that helps fill in some of the gaps you might be missing from the main series.

In Multiverse’s End, we follow the Green Lanterns from the main universe as they scatter themselves across the multiverse and try to save heroes from planets that are being destroyed by Perpetua. They do this in hopes of bringing these heroes back to their Earth so they can fight in the final battle to destroy Perpetua once and for all, which hopefully results in the recreation of all the destroyed worlds.

What I particularly enjoyed about this issue was it’s light-hearted look and feel. The main Dark Nights: Death Metal book is dark as hell. But this one poked fun at some of the more ridiculous characters of the multiverse.

One of the main characters was Owl Man of Earth 3. You may know him as the Batman counterpart of the Crime Syndicate. Much of this issue featured Green Lantern John Stewart trying to convince him to join their cause and help them stop Perpetua. This resulted in a long, but much needed, exposition about DC’s past crises, and what they mean in the context of what’s going on now.

When it was all said and done, Owl Man decided to help out since he considered himself the very first dark version of Batman. He hates the idea of The Batman Who Laughs and some of the newer dark versions of the Caped Crusader. So, he’s literally joining the fight because he’s petty, and I’m not mad at it.

Multiverse’s End provides us with some light-hearted multiversal fun, proving that alternate universes don’t have to be dark and brooding, even if they’re filled with Batmen.