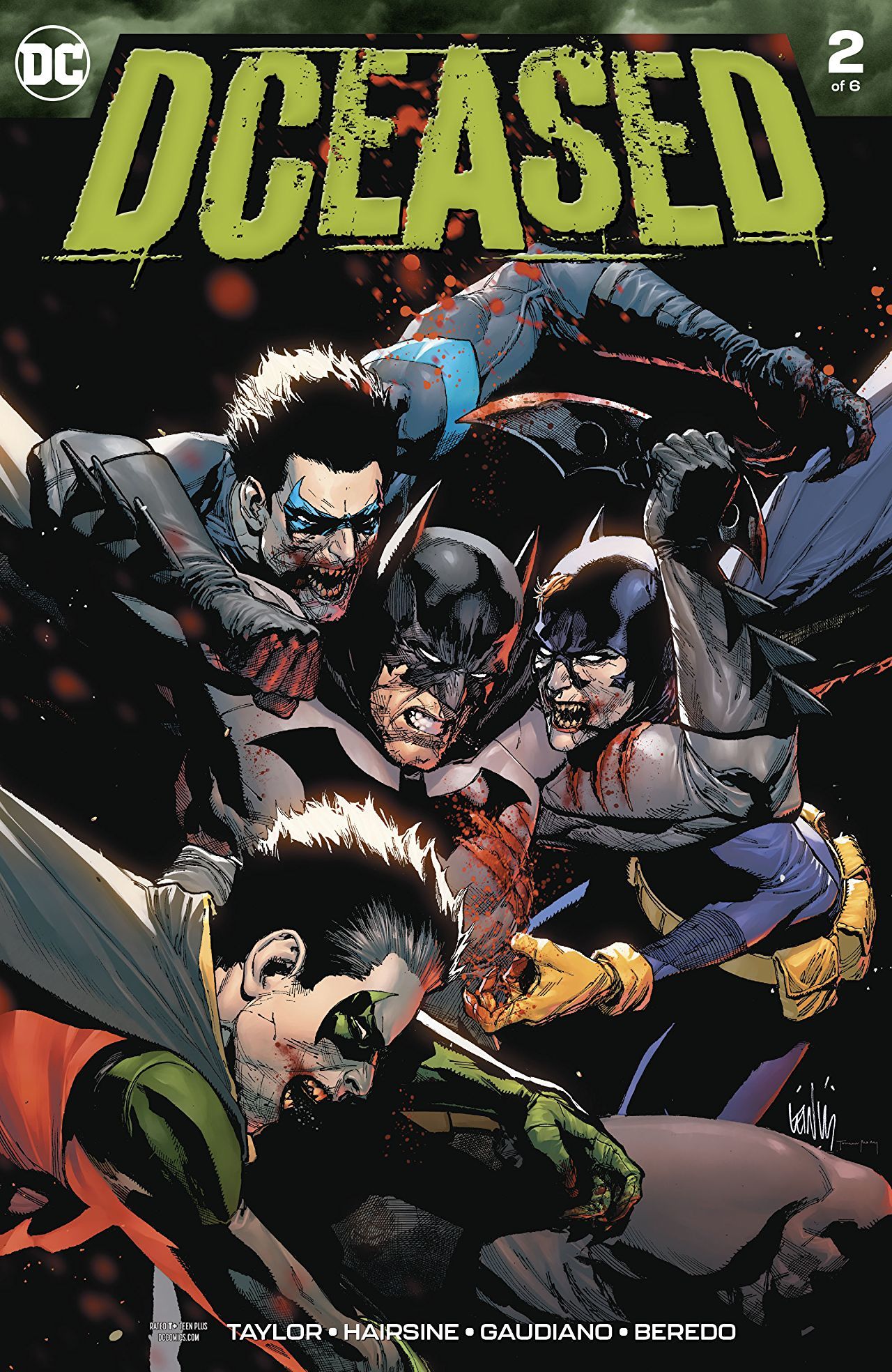 Listen, if you told me that the best book of the week was a “not-quite-a-zombie story featuring all the beloved heroes from the DCU,” I would have rolled my eyes. However, DCeased #1 snuck up on me and enraptured me with a clever narrative hook of a technological virus stemming from the Anti-Life Equation. Then DCeased #2 came around and reminded me that since this isn’t in the main continuity that literally anything goes and nothing is so sacrosanct as to be spared now that Armageddon is unfolding.

If the first issue established the premise, DCeased #2 lays down the stake in no uncertain terms. The scope of the story is immense, from catching a glimpse of Aquaman entering an infected ship with the entire group term to seeing the entirety of Metropolis in flames as Damian and Jon ponder to small vignettes which will certainly come back to haunt us later. Taylor is a virtuoso when it comes to invoking horror and using the alternate continuity as a way to play with the narrative in jaw dropping ways. He creates tension that holds your attention and manages to keep you constantly off kilter as you work through your fears alongside the characters. He constructs sequences that elicit a nod of the head when you see how they fit into the grand scheme, and it’s clever and brilliant that is just immensely satisfying. 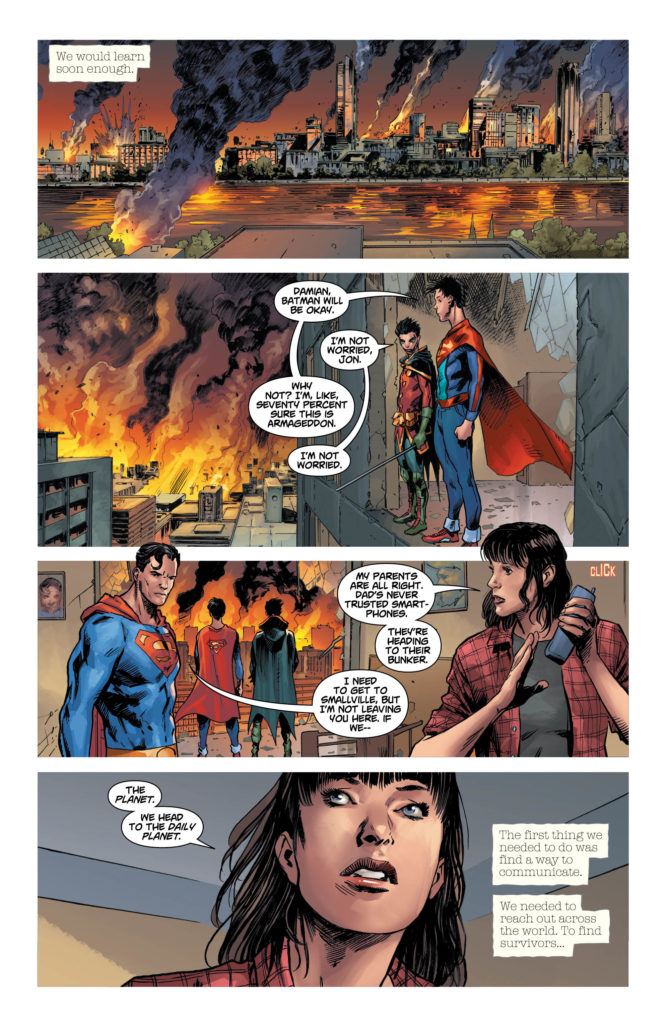 You then couple all of that with Hairsine’s art, Gaudiano’s inks, Beredo’s colors, and Temofonte’s letters and you got yourself one of the most memorable comics of 2019 in the making. This is a visually striking book that riffs off of the modified zombie tropes that Taylor penned and converts them to iconic images and chilling pages. Every element contributes to this wonderful aesthetic from the faded type of the narration to the bloodied thralls of the Anti-Life Equation.

DCeased is easily one of my favorite things coming out of DC right now, because it’s unapologetic in its grand design and vision and makes you just ravenous for what comes next. It’s seriously that good.