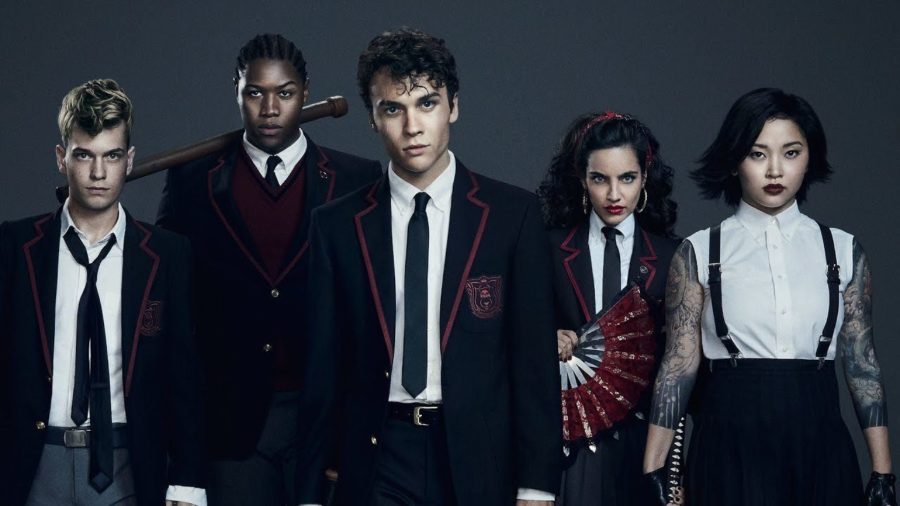 Aaaiighttt, so we back on that assassin training regimen. You know, eating rare T-Bone steaks sprinkled with gun powder like hood pitbulls in 2002. We pop off with do or die scenarios for Marcus, Saya, Chico, Maria and the crew aka Young Murder Team aka Murder Inc.

So we got Willie Da Imposter aka Young Ghandi with the Philosophy out here painting a picture of himself killing Rory when we know he couldn’t kill a roach that just shit in his cereal. Marcus sitting back rollin his eyes something severe. Master Lin been a calculated ass, homicidal G-for-life so he know Willie deadass lying to everybody’s face and asks Willie how he was able to dump a grown man’s body in a dumpster by himself. Yeahhhh, it’s about time Willie shuts the fuck up and has 10 seats cuz his bullshittin ass ways got him called to Master Lin’s office while Murder Inc. and company get put through a lethal exercise in survival.

The crew has to make it to the Botanical classroom and not die in the meantime. Marcus shows he has some desirable skills when he picks the lock to the first gate. It’s all downhill after that. King’s Dominion ninjas was bustin the Young Murder Team’s ass left and right until Saya realizes they gotta work together if they plan to make it out alive. They squad up like the 5 Hidden Village’s Shinobi Alliance when Madara wanted the static, and have some kickass moments on their way to the final hurdle.

They’re inhaling poison this entire time and have to decipher Lin’s cryptic ass message and figure out where the poison antidote is. Marcus figures it out but passes out after the lightbulb goes off. With his final breath he says which bottle it is. Maria, the last woman standing, painstakingly heals everyone. She starts with Marcus and ends with her bf Chico who’s on death’s door by the time she feeds him the herbs. Once again, Deadly Class shows an incredible ability to provide high quality action and suspense, while highlighting the impressive capabilities of the women on the show.

The Boy is Mine

Maria and Saya get some much needed girl time like Sansa and Arya’s reunion in season 7. They chat about going to tonight’s party at Shabnam’s house. Guess there are some perks for saving kids who gets bullied. Both also casually reveal that they’ve planted smooches on Marcus and I was getting hella Cruel Intentions vibes.

Saya low-key jealous Maria planted that kiss on him as a reward for setting him up to kill Chico. She’s also high-key mad Maria is so nonchalant about the fact that Saya figured this out, as if somebody couldn’t do the exact same thing. Oh the foreshadowing! It’s too much to handle! On cue, Chico walks in on them and tells Maria to get ready for a night out with him. “You ever ask what she wants?” Saya butts in, and Chico tells her to forget that kiddie party and get ready for some high class fun with him. We all hate Chico.

Welcome to My House Party

Everything that goes down at the party is hilarious, ridiculous and so typical of 80s teens. You really had to keep up because the camera bounces from one character to the next. Billy is all bent out of shape cuz he’s feeling Petra and has no game. Saya schools Billy in how to talk to her so he plans to make his move soon.

Marcus shows his true pothead nature when he sons some old farts at the party and put them on to the fact that they’re hitting a Grav bong, with the help of a dam fish tank, which was absurd yet amazing! Willie won’t shut the hell up about his claimed kill so Marcus winds up looking like a herb listening to a Walkman at the party. Willie may not be a shooter, but he still got the juice and is like naaa bruh you lookin like a clown out here. 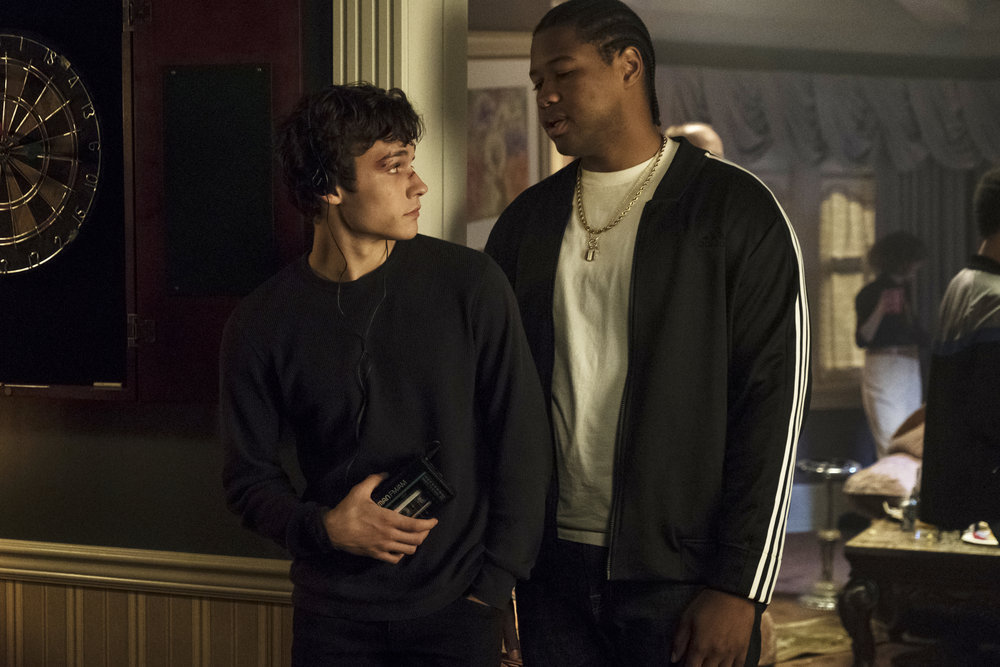 In true high school party fashion, drinks are flowing and things go left. Lex and his Colin-Farrell-in-the-face ass runs around spewing hate until Marcus puts him in his place about being no better than jocks and bullies. After walking away, Brandy Lynn puts them in a bathroom for 7 mins in heaven. He has his moment to plant one on the young tipsy thing but he’s a respectful ass Playboy and instead goes to bark on Willie for bragging about his bullshit deed. They chat outside, well really, Marcus rants and fumes until Willie keeps it a buck with him and we’re blessed with his origin story.

Be Ready For The Realness

For the life of me, I can’t thank the Russo brothers and whoever else made the call to incorporate another dope, yet tragic animated memory paying homage to the vision and style of Deadly Class co-creator and artist, Wes Craig. We’re going to get more of these, so be ready for the realness.

We’re taken back to Willie’s old home where he and pops are making pancakes and watching cartoons. Killas run up in their crib ready to make Willie a statistic but the young stunna grabbed the heat before the stick-up boys could kill his dad. Unfortunately for Willie, most preteens aren’t well versed in the kickback of an Uzi and, in defense of his home and family, Willie claps his dad along with the gang bangas.

His mom covered up the dirty deed and made everyone think he shot the thugs as revenge, but the truth is so much more painful. He tells Marcus to never call him out in front of his crew, then goes back inside to enjoy the party.

I’ll Be Over Here

Marcus tells Billy to stop stalling and holla at Petra, so he musters up the courage, but makes the ultimate mistake of saying that he loves her and is deaded in the worst way possible. Dude was out here on his gentleman flow getting her a glass of water, and while his back is turned she finds the first guy possible, a shirtless Baby Drago and they run upstairs to get down and dirty. Later, Victor comes back down screaming for everyone to get naked. No one obliges but he’s content running around cheeks out, nuts hangin. Willie simply shakes his head and is like, “white people”. I feel you Willie, I feel you.

Marcus runs around moping and mad about the life he took yesterday. After the usual Pride of Dixie taunting, Marcus throws a drink in Brandy Lynn’s face and Saya yolks him up spittin that real! She tells him she knows he’s the one dealing with the blowback of Rory’s killing, while Willie is reaping all the benefits. Unfortunately, the bars are over quickly as Saya has to stop a grade A, mudhole stompin, plus size, bright red dildo beatdown! Mid-party, homegirl whips out her sword and slices the giant red pleasure toy in half leaving everyone stunned and Marcus grinning as the head tumbles onto the table in front of him.

Chico takes Maria out for dinner and everything is looking all rekindling-the-flame cute and shit. Good food, drinks and laughter turned into bloodshed and terror as the real Chico comes out to play. Their date ends with making Maria loose off the goose thinking they’re going out drinking with Chico’s homie. But as soon as Maria and homeboy get in the whip, Chico puts a bullet in dude’s head to remind her of who he really is. He tells her he knows she tried to trick that psycho rat into killing him and if she tries some shit like that again, he wont kill her but she’ll wish he did.

Master Lin wakes Marcus up and brings him to Rory’s funeral. No good morning, no breakfast, no Eggs Benedict or chicken and waffles. Na you bout say a word or two right after this bastard’s daughter gets done with her sentimental ass, delusional, tear-filled speech. He stutters on his approach but quickly gains his footing before keeping Monday Night RAW on the landing!

My guy stepped up to the podium and starting talkin that shit. Marcus was like, “AYO, this man was the worst piece of shit I ever knew! This mufucka made me wanna vomit. He the scum between my toes. He stole, hurt people, beat up women and deserves what happened to him because he chose who he became!” Later, Lin’s like, “It’s important we face our victims. Look at this guy and his rap sheet. Look familiar? He’s responsible for 6 homicides. You probably stopped many more and made the world better, I’m proud of you.” He’s rewarded with a non flea-infested bed in a real room with Shabnam, the constantly bullied boy. It’s kinda like Christmas in the hood!

We finally find out what this whole Marcus coin thing is about when Saya reports to Master Lin’s office and he says, “The deeds of your pledge are yours to share”. Unfortunately, that also means the weaknesses of his are for sharing too. Saya spills the beans on her sponsor real quick. She held back, however, on the most important weakness until forced to speak up. “Marcus didn’t kill the kids at the boys home. His reputation is a lie.” At least we know Saya’s sort of on his side.

We kick off this nutty ending at Mother Goose Fun Time Petting Zoo! A cop reports to the scene to assess the situation. Before him stands the head sicko himself, Chester Wilson (FuckFace, if you OG comic nasty) having his way with a goat. One Time is bodied and it turns out Chester plans on doing much worse to Marcus once he finds him. 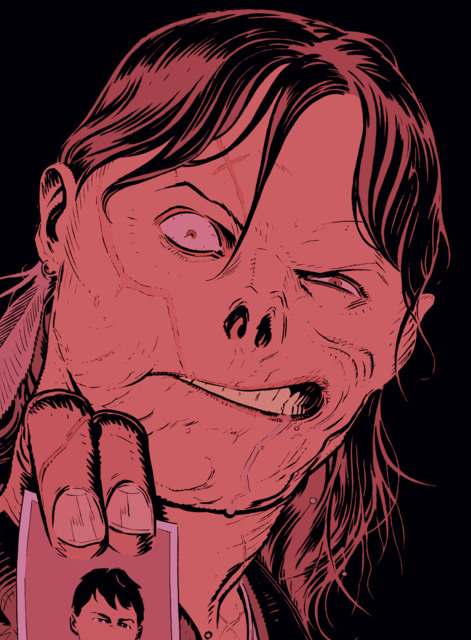 Another bonkers episode in the books, as Deadly Class does it’s best to stave off the SyFy cancellation curse. Although, we wont be getting much nuance with our main characters, at least we’ll be able to explore their backstories and reasons for being at King’s Dominion through these amazing animated memories. I’m not expecting the most groundbreaking dialogue or profound words of wisdom from a show about teenage assassins. I will, however, definitely be expecting and enjoying the fades, swordplay and unbridled savagery that goes down each week. If you take Deadly Class for what it is, you’ll probably walk away excited for the next episode, and isn’t that all you can really ask for?