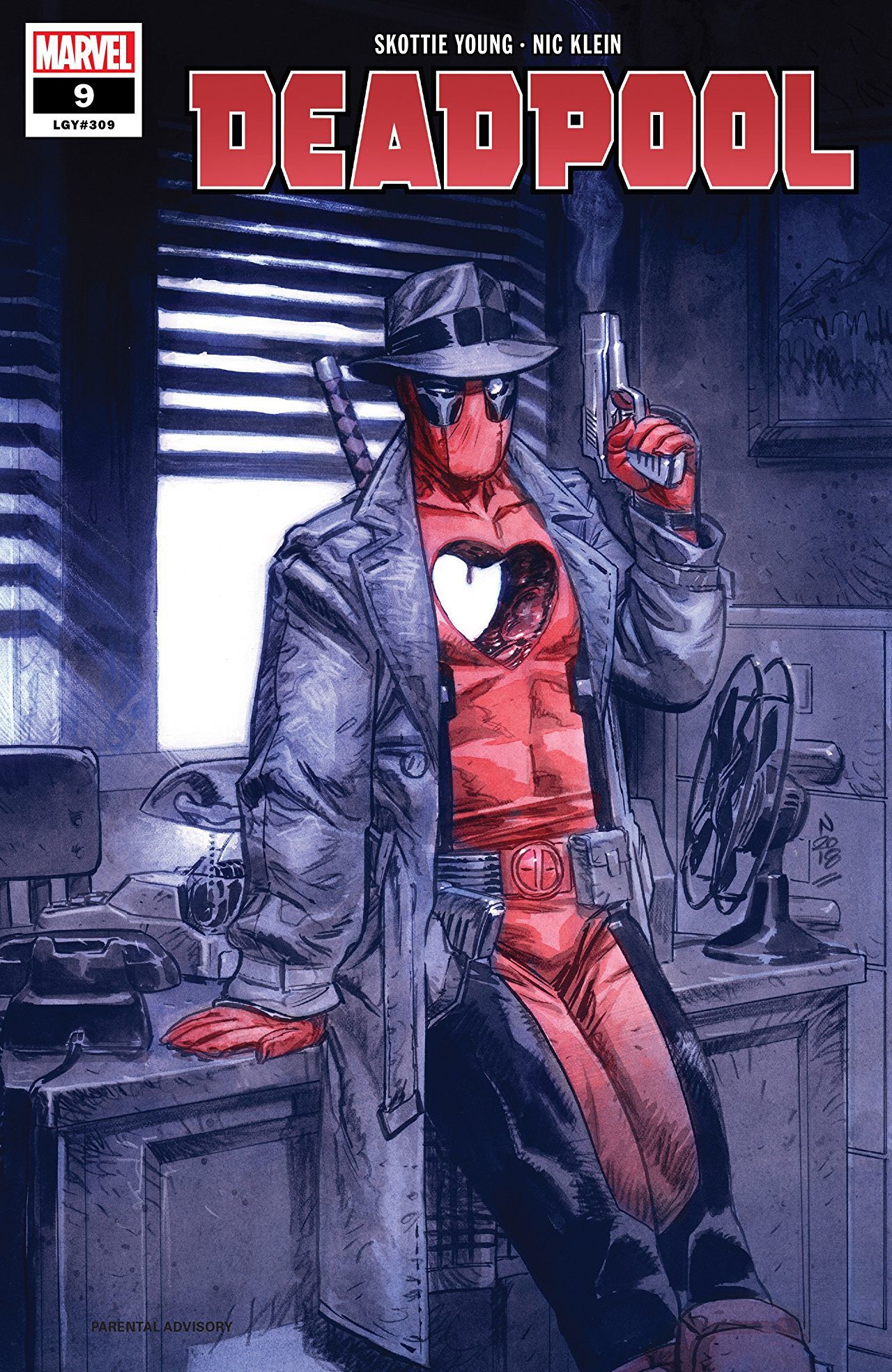 I was expecting this to happen sooner or later. Dramatic Pool, in the spotlight at a lone desk. Young brings out the “inspiring noir” detective movies and reflects it onto our Wade Wilson. I’ll be honest this issue was kind of funny but it got corny real quick. I was looking to start a new arc with a cunning story line. But, Deadpool #9 feels more like the filler episodes before we learn something extremely interesting about the protagonist. The search for Deadpool’s heart gives you the ad libs and the imaginary musical accompaniment without the heft of the content. Granted what was presented was enjoyable for the time being, but imagining the direction it could’ve gone… 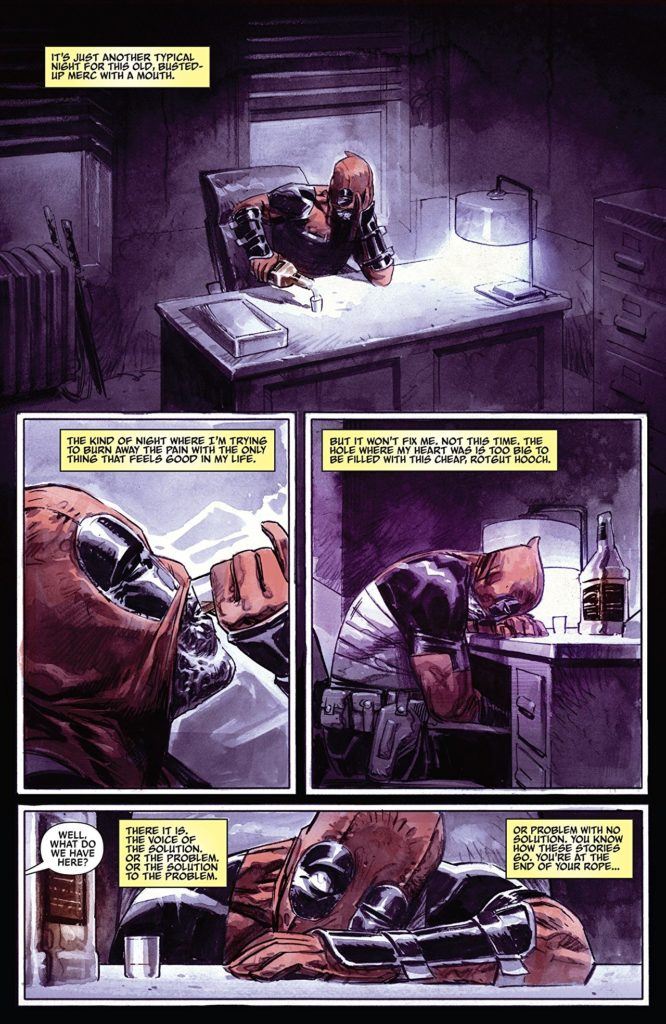 The Heart, The Joke, The Mystery

So, the annoying part is that we get the heart puns but we definitely could’ve used this issue to go into something more personal. In other Deadpool series, we’ve seen “the heart” in different places. Example being in Deadpool Assassin, we saw his heart struggle between not wanting to be a mercenary and the loyalty he kept to his close friend. In BP vs DP we see the consistent battle between his habits and needing to acquire vibranium for someone at home. His heart continuously shifts between place to place. In this issue the comic feels like a journey to find Deadpool’s heart through various methods, which is cute. But I was continuously waiting for something to happen that brought out Wade’s character outside of his usual mannerisms.

Granted. This comic is filled with amazing amounts of action. It gets funny, like usual but the energy feels like a bridge. Klein did a great job setting up the art to create a new scene for the reader. Though I am not particularly a fan in this case, the shading and cloudy movements help me really appreciate the puns and the moments where the comic did work. Especially the fight scenes, and the moments where other characters were highlighted for their ability to essentially affect Wade on his journey. What would elevate this series in the future is allowing Deadpool’s stakes to rise and understand his psyche more outside of wonderful jokes and mercenary work.