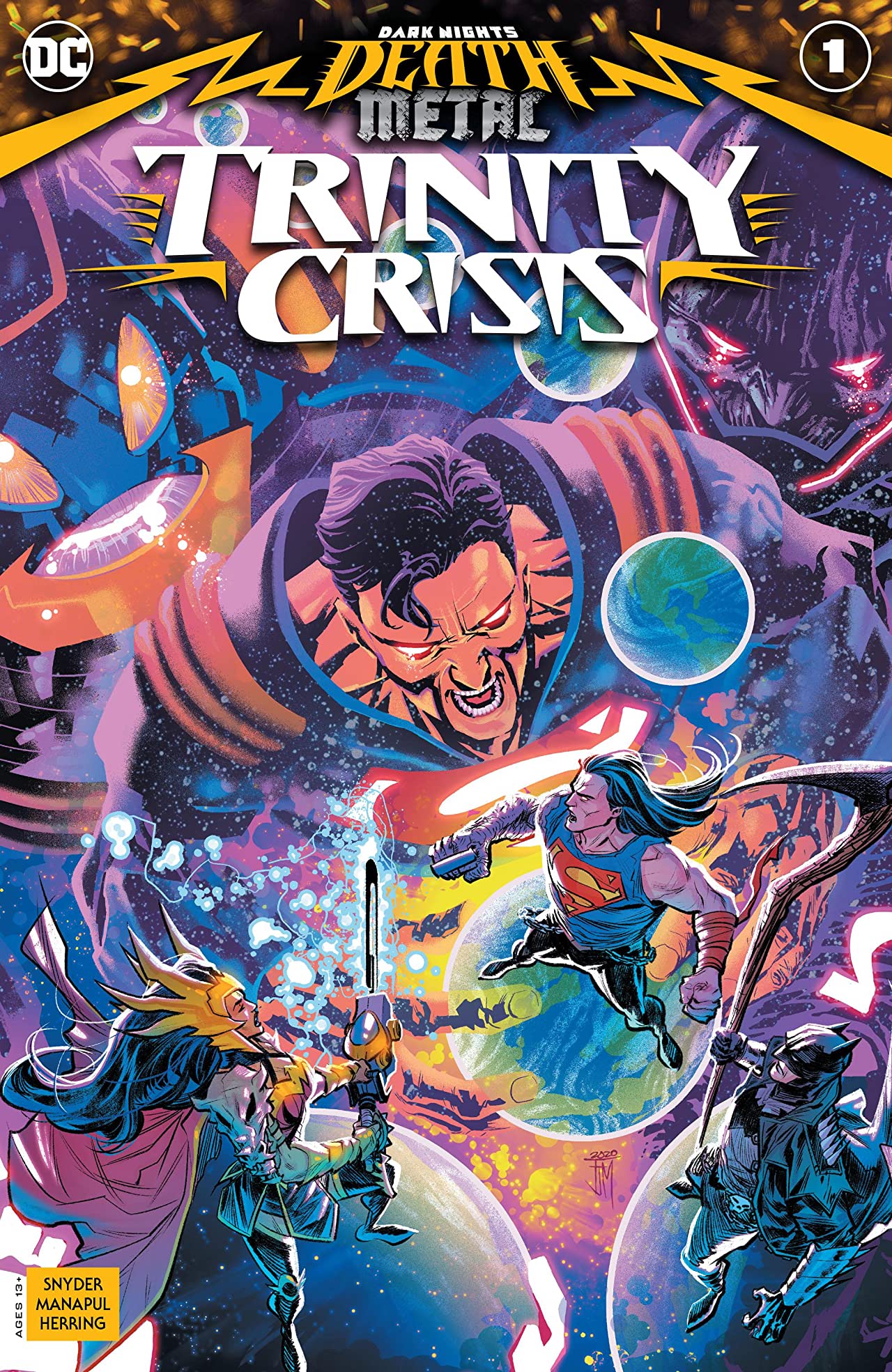 Death Metal: Trinity Crisis #1 is a one-shot tie-in to the main Death Metal book, where Perpetua is in the final stages of her plan to reshape the multiverse in her image. It’s fun, insane, and keeps you on the edge of your seat– or wherever you read comics.

Trinity Crisis follows Superman, Wonder Woman, and Batman, as they recruit the services of Harley Quinn, Jonah Hex, Swamp Thing, and Jarro in an attempt to travel through DC’s most famous crises from across the timeline. These crises are what’s powering Perpetua, and they think that if they can go back to them and steal the energy, then they can stop all of this from progressing.

For better or for worse, this tie-in seems to have a little bit more agency then tie-ins usually have. I was reading this thing and thinking “Wait, what’s happening in this book actually matters.”

But on top of that, it’s giving a lot of context to the characters that I feel have been lacking a bit from the main story. The same can be said about last month’s Guidebook which served as a mini-anthology with stories taking place within the Metalverse. I know people hate tie-ins, myself included. But I think it’s safe to say that most of the time you can skip them. With Trinity Crisis, I don’t know if that’s the case. As it goes for the integrity of comics in general, it’s pretty good that this thing holds its own in the context of the grander story. But it’s not great for my bank account that this tie-in is actually important.

This one-shot teams Scott Snyder with Francis Manapul AKA my favorite living comics artist. My eyes cried tears of joy the entire time it took me to read this. He’s got a colorful style that really shines when he can let loose. And when Scott Snyder is writing a book about the multiverse, that means there are absolutely no rules.

Death Metal: Trinity Crisis #1 is a tie-in that adds some context to the conflict of the main story. It also features art from Francis Manapul, which is all you really need to know.

9 Bad-Mouthed Baby Starros out of 10