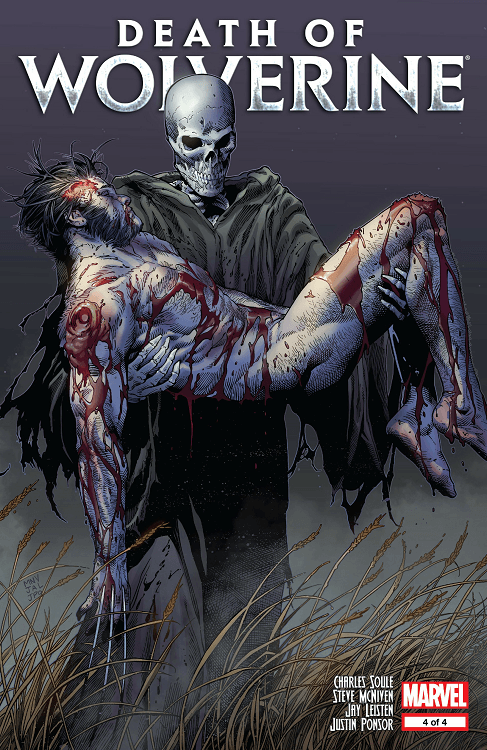 That’s it folks… the time has come. Before we begin here we’re going to set the mood appropriately – meet me back here after opening this in a new tab.

Okay. Now we can start.

We left issue 3 with Logan on his final hunt after promising Dr. Cornelius he’s coming for him, and it doesn’t take long for Wolverine to keep his promise. Storming the laboratory, he confronts who is, in some regard, his maker; and as with most creators, Cornelius isn’t satisfied with his work. In fact, he’s disgusted by it – ashamed of the monster he created but was unable to control. Guilty of making an immortal man whose best talent is dealing others their mortality, Cornelius’ greatest accomplishment was his worst. He could not let that be his legacy.

Wolverine looks out at the laboratory to see 3 unfamiliar bodies in 3 very familiar surgical beds. Where Cornelius failed with Wolverine, he would succeed with new creations that were enhanced in every way, but obedient without free will. Scientists experiment until they get it right. Only, without Wolverine’s healing ability, Cornelius’ subjects have amassed in the hundreds. This has been his obsession for years, quietly behind the scenes, trying to fix the mistake he most regrets. In Cornelius’ view, they’re all expendable. He’ll search, experiment, and search again until he gets the experiment right. Ask about the lives of his subjects and I ask you in turn, what is the life of a lab rat worth? 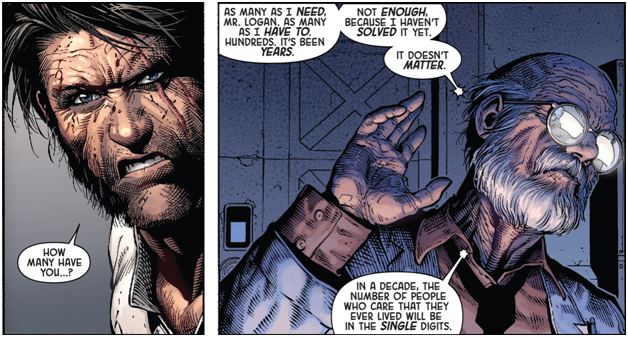 But like a gift from God, Wolverine now stood in front of Cornelius – the missing piece to his puzzle – separated only by a thick panel of glass. His healing factor would solve everything. Cornelius’ failure would be the key to his success; his legacy would be made new. All he would need to do is capture him and…
…Instead of the middle finger, Wolverine slices his hand and places it on the glass, in what should be known as the best nonverbal insult of his elongated career. He just keeps bleeding. 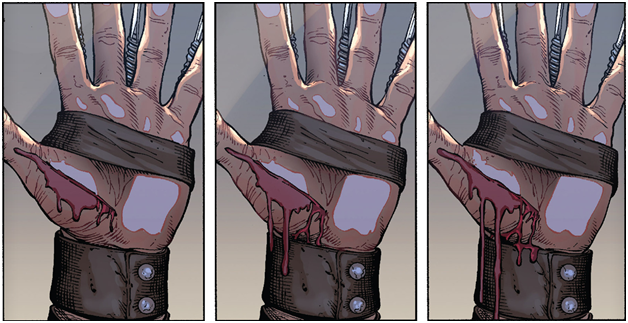 Cornelius presses the button to begin the adamantium infusion process, which will undoubtedly kill his new test subjects, as he runs for his escape. Wolverine has one last chance to be a hero.

Was the ending perfect? Is anything ever? I feel admittedly better about the ending than I had expected, with the story of Wolverine ending the same place it began. Nothing felt overdone or forced, nor was it a sudden death reminiscent of Omar Little. Wolverine lost his healing ability and he died. He didn’t save a continent or give his life for a beloved friend, but he died a hero saving the lives of strangers. It’s an ending to a hero we grew up reading, and the effects of his death will ripple across the Marvel universe.

Wolverine is one of the largest comic icons in the world. Which of us didn’t tape pencils on our hands in elementary school as artificial claws? Who didn’t look straight in the mirror and try to mold their hair into symmetrical wings? Wolverine had an amazing run as a leading comic character, and although we’re likely to see him again, it won’t be for a while.

So on that note, I raise a glass. Here’s to the best at what he did.