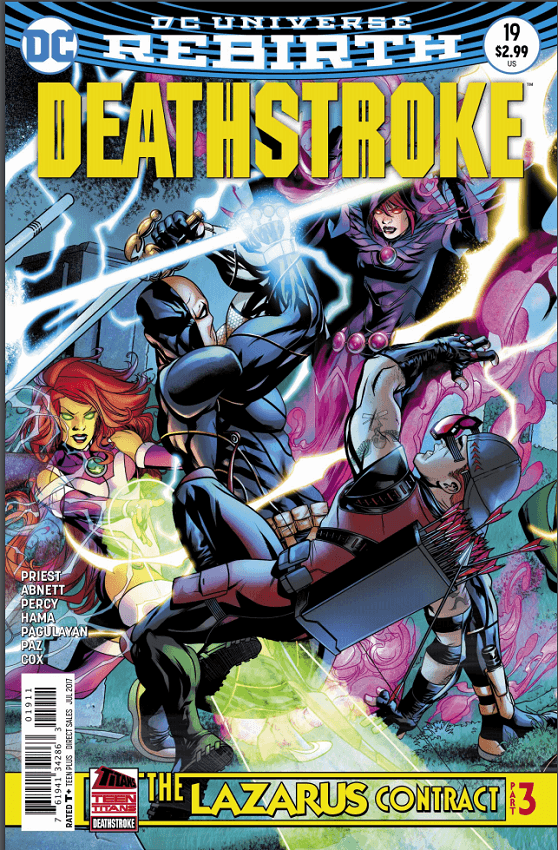 Well, shit. After the ending from Teen Titans #8 where it was revealed that Deathstroke had used Wally to siphon away his speedforce, it is a terrifying aspect that Deathstroke, now the deadliest assassin alive, is also one of the fastest humans alive as well. One would only assume this is a temporary situation, especially for its effect on Wally, but it is still a great turn for the book and for the character as well. While Slade’s motivation has been transparent from the beginning, so has his resolution: that if he can save his son, then he will give up the killing. As Deathstroke moves closer towards his goal, we’ll see what may or may not happen that will determine if he sticks to that (as we’re shown in another context, Deathstroke always keeps his word.) 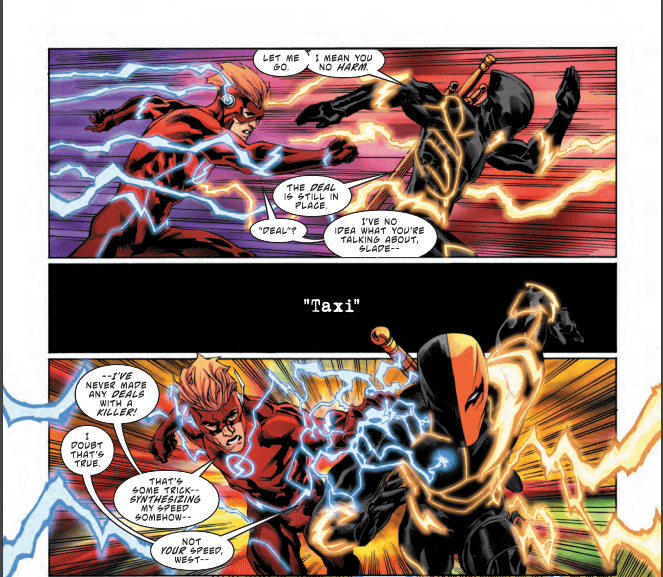 “The Lazarus Contract,” where Deathstroke is concerned, is smart and provocative, but loses a lot of steam when you begin to incorporate other characters. This is very much a Deathstroke story, regardless of how many books it crosses over, so it leaves the Titans and Teen Titans mostly being the fodder and the foil for what Deathstroke is trying to accomplish. Beyond that, there’s little personality coming from this the teams, which may have taken more books, as this wraps in the next entry. But I can respect what is a short and concise story that still has me very interested.

The art of Deathstroke is a little inconsistent. The modeling of Slade and the action are the highlights where the other characters tend to feel like background and not as invested in. But you can tell that Paz and Parsons are having a lot of fun with Deathstroke and the speedforce as those panels tend to pop when they appear. 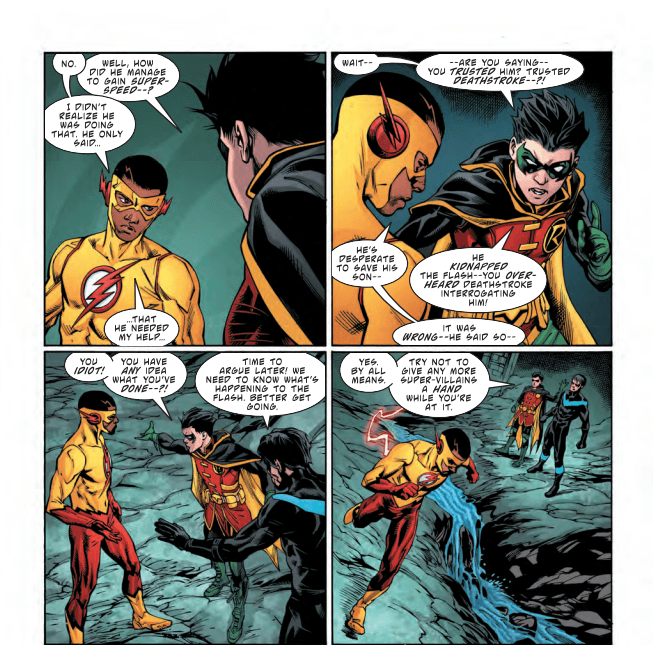 The penultimate issue of “The Lazarus Contract” sets up the final confrontation to an interesting story. Deathstroke is carrying this crossover in ridiculous fashion where the roles of 80% of the characters not named Slade have forgettable contributions. Still, it’s one of the better crossovers that DC has done in a while and paves the way for a finale worth checking out.

Reading “The Lazarus Contract”? Find BNP’s other reviews of the crossover here.