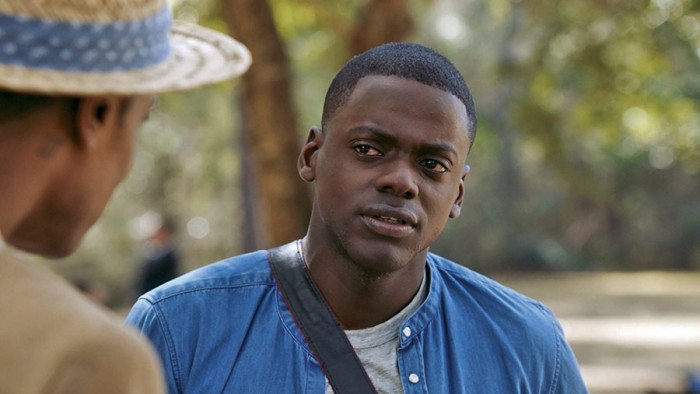 The Horror and The Work: What Get Out Teaches Us

My favorite genre of film is thrillers, mental or psychological. They prove there is more to horror than death or, even, dying — however gruesome the details, however panicked the situation. So, I was excitedly anxious when I heard about Jordan Peele’s directorial debut, Get Out, a film that would showcase the terror that exists in the everyday, the mundane — the moments we might not classify as horrific.

Editor’s Note: Yes, this is a new take on Get Out. Yes, we’ve covered the film in video form with Omar and Nicole and we even penned an open letter to the White Outrage that presented itself before the film premiered. We were sent this unique take on the movie and wanted to share it because many parts of Chris’ situation continue to mirror our own and that’s worth a continuing discussion. It isn’t something that many of us can forget nor ignore, even months past.

It was no surprise to me that, while watching Get Out, I found myself squirming through moments that had not nary a drop of blood or a blunt object to the head. Chris, the film’s protagonist, is in an interracial relationship with Rose, a (basic) white woman who wants him to finally go to her childhood home and meet her parents. And this is where the horror starts. At the invitation. The first thing Chris asks upon hearing this request is whether or not her parents know that he’s Black. To which she replies, no. Because, it doesn’t matter. Because, of course, her parents aren’t racist. Because, if they were, she wouldn’t ask him to meet them. All of which insinuates he was crazy for questioning her, her family, and her intentions. She reassures him, and he nods in faux-agreement. And this is what kills me. Chris, like most Black people, is a pro at the nod and “you’re right” when we have an absolute right to our distrust and fear. This is the true horror of Get Out, how often Chris moves towards his demise despite his obvious reservations.

This is the true horror of Get Out, how often Chris moves towards his demise despite his obvious reservations.

Get Out is rife with microaggressions and gaslighting moments like this. They are at the root of the violences that follow. Microaggressions are a “subtle but offensive comment or action” directed at marginalized peoples, though often they are unintentional. So, when upon meeting Chris, Rose’s father Dean greets him with a “my man,” Chris is being subjected to a microaggression. This assumption that the only way Chris will understand this white man is through a dialect of English (African-American Vernacular English) that does not belong to him is subtly racist.

And beyond those microaggressions, he is also constantly getting gaslit. Gaslighting is a series of tactics an abuser uses to keep secrets and further manipulate their victims. Rose is nothing if not a lit cigarette at a gas station. Throughout the film, Chris relays his confusion to her about all the people he interacts with, and every time he does Rose attempts to convince him it’s all in his head. It isn’t until we see the rest of her family conducting a silent auction on Chris’ body that we know that his suspicions were all true — well, we likely knew from jump that he shouldn’t trust these white folks.

The way Black people survive in real life is by brushing off these microaggressions and gaslighting measures. We don’t tell our bosses and coworkers off for touching our hair or calling us “homies,” because we don’t want to make a scene or worse, get fired. We tell people where we’re “really from” because it’s easier than explaining that, mostly, wherever we’re from, is because they forced us here. This is how we avoid countless consequences, especially being told we’re crazy or irrational, or angry. But in Chris’ case, the very measure he takes to keep moving is the one thing that leads to his downfall. 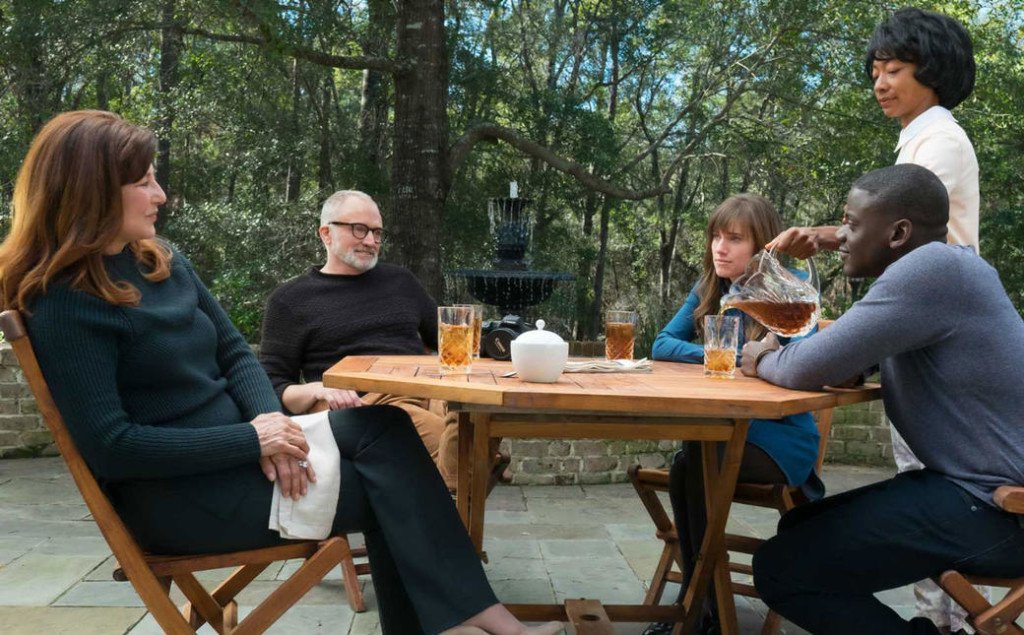 Rose’s mother Missy, a psychiatrist and hypnotist, is possibly the truest villain of the film. In a harrowing scene where she gets Chris to sit down with her despite his stated discomfort, she not only triggers Chris by forcing him to talk about his childhood traumas, she hypnotizes him into falling into what she calls the “sunken place.” There, you lose control of your body and exist solely in a small corner of your mind — a space so negligible you practically stop existing.

The Sunken Place makes Chris’ body susceptible to being inhabited by another’s consciousness. I think of this as an involuntary and violent code-switching. When the time comes for me to walk away from a microaggression or to smile it away, I am putting the realest part of me in that moment — the hurt, frustration, and confusion — on the back burner so that a counterfeit me can control the situation. I put on my brave face, pretend I didn’t hear the insult or that it wasn’t an insult at all.

Of course, the difference here being I get to decide how my language and behavior shifts in response to racism. All of which begs the question, why was it so easy for Chris to succumb to the sinking? Why did it take a white woman simply clinking a spoon against a cup to send him into a trance? In this society, it feels like we are only allowed limited access to our own bodies. From the rate at which trans women of color are getting murdered, to white artists using black death as portfolio buffers, our bodies are constantly being consumed. We seem to be at the blind mercy of trigger-happy white cops and alt-right Nazis.

Chris’ body was set up to be consumed. And all along the way — until it becomes clear it’s a matter of life and death — he nods and repeats “It’s fine. It’s okay.” No. The fuck. It’s not. “I think your mother hypnotized me last night” shouldn’t be followed with an “it’s fine.” When your body is invaded without your consent, and the invader never brings it up or apologizes for it, the answer isn’t “It’s fine.” The answer is you are being gaslit into believing it never happened and that, if it did, it couldn’t have been a big deal. If it had happened, and was a big deal, wouldn’t someone have said something by now? And if they don’t say anything, why should Chris? Because isn’t that how we survive, still? Often in the faux safety of silence?

Because isn’t that how we survive, still? Often in the faux safety of silence?

When Chris meets Dean, Rose’s father, he tells Chris that he would’ve voted for Obama for a third term if he had the chance. And truly, who cares? This is the political version of “I have a Black friend.” And, besides the fact that Obama is a problematic fave, voting for him doesn’t undo one’s whiteness. It doesn’t absolve any white person of the ways in which they have benefited from and perpetuate white supremacy.

The weekend Chris spends at Dean and Missy’s estate, he notices that all of the housekeepers that work there are Black while being unnecessarily and creepily happy. But when Chris confronts Rose about it saying there’s something wrong with the housekeeper, she tells him it’s in his head. More gaslighting. As if he, a Black man, wouldn’t be able to tell if another member of his community were in peril, when peril is a language we all know and can lip-read a mile away.

Still, in the end, I found myself wanting to have faith in Rose. Even after Chris finds all of the pictures of the Black people she has seduced into coming over to meet the parents so they might have their bodies taken over as well, I wanted to believe she was just naive to her family’s twisted wrongdoings. I wanted to believe she had been hypnotized into loving and, subsequently, forgetting those past loves. I wanted to believe because Chris needed to believe that things were “okay.” I wanted to believe she meant well because then all the people who have ever hurt me in this way meant well, too. Then, maybe, I can interpret their ignorance as endearing, unfeel the slights, and never have to do the work of de-colonizing my body. Alas. The work is never done.

Get Out proves that white supremacy doesn’t always (or, initially) appear to us as a werewolf, Krueger, or Jason. It can function subtly. Until, that is, you name it.

Throughout the film, Chris has so many chances to walk away, run away, say no — but he doesn’t. I want to be mad, but I understand. He stays much the way a white, blonde woman would walk down into the darkest basement or run through a forest during a full moon. No one wants to believe that the scream they heard wasn’t a friend playing a joke on them. We want to believe the rustling is the wind. Instead, it’s white supremacy. Get Out proves that white supremacy doesn’t always (or, initially) appear to us as a werewolf, Krueger, or Jason. It can function subtly. Until, that is, you name it. Once Chris names each microaggression, each symptom of oppression he’s been victim to, it shows its true face. The face that once belonged to his lover, now belongs to this monster. Similarly, when I force myself to look beyond my white friends’ and acquaintances’ good intentions or well-intentioned jokes, I see the face of whiteness laughing back at me.

While I should battle it in the moment, tell them not to touch my hair or call their partners bae, I continue to do what Chris did. I stay silent. Or play along. It feels easier that way, like I’m being the bigger person by letting these moments pass without consequence. But what if I’m just setting myself up to be auctioned off? Even if only metaphorically? If I come off as the cool Black friend, who makes space for white appropriation and racist jokes, am I making myself and my body more consumable, agreeable?

For all I know, someone is planning to make me arm candy at the whitest summer party in history. But, I refuse to have my body colonized by whiteness. And though it might have been hard to tell at the start of the film, by the end it’s beyond clear that neither will Chris. He is willing to do the unthinkable to keep his body his own. So, the fight needs to start early. It starts at “No.” Or, “I’m leaving.” Or, “It’s #BlackLivesMatter for a reason.” Because, yes, racism is often a matter of life or death, but sometimes it’s just a “you better call Becky with the good hair.” And Rose is nothing if not an overachieving Becky. 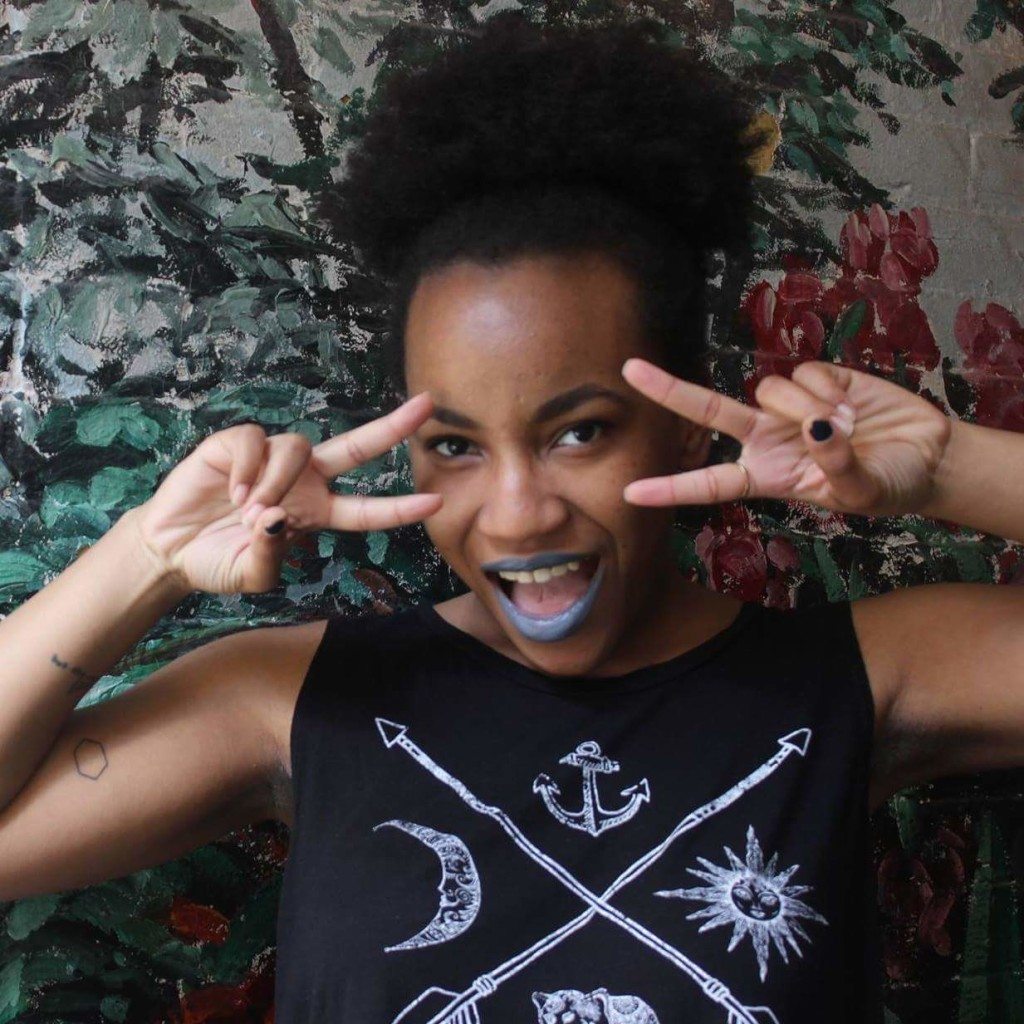