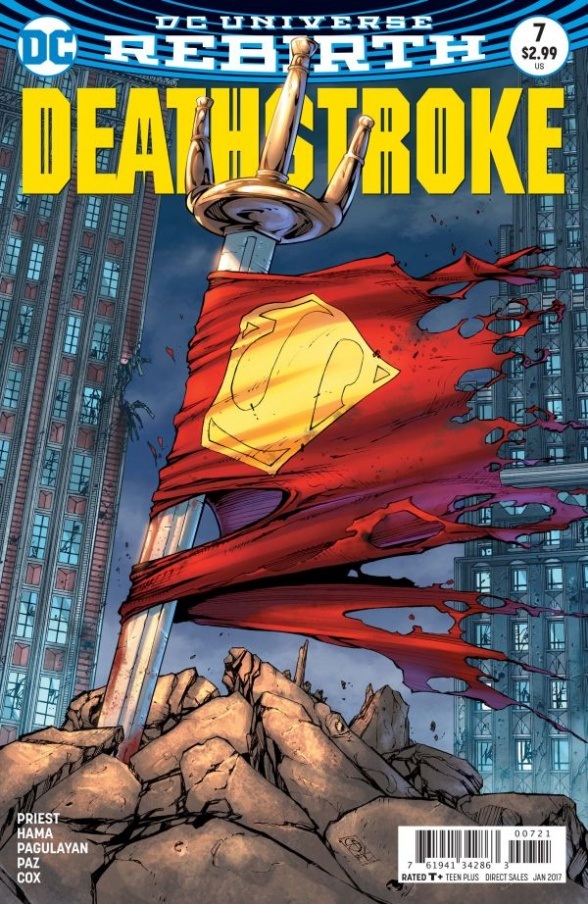 Man, you ever been reading a story where you got an idea of what’s going on but you’re not entirely sure yet you’re enjoying what you’re reading? Yeah. That’s what has me about Priest’s Deathstroke. I like it (barring Slade killing more POC than the fucking CIA) and it has a lot of twists. Slade uses the full capacity of his brain (whereas humans only use 10%) and Priest shows that well. We get the unveiling of who was really behind the hit on Rose, the role of “boyfriend” Luis played in it and how it all connected back to Slade’s past actions. We are beginning to not only see more of Slade but also more of his family and how their actions either (Joseph’s and Rose’s) either separate them from their father or make them one in the same. 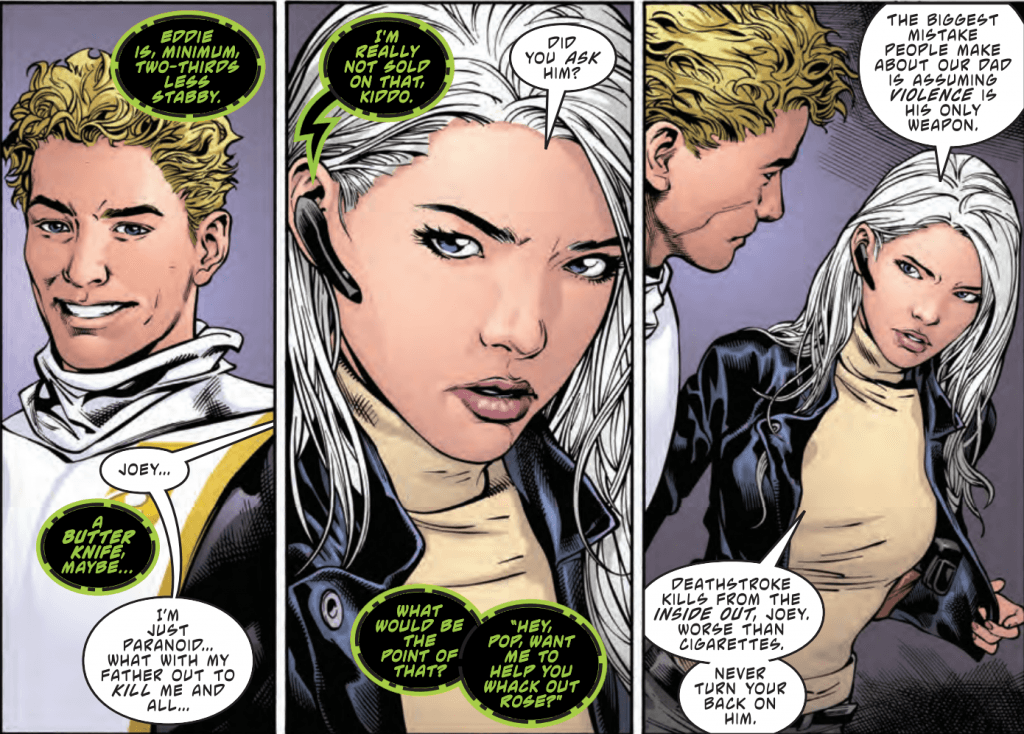 We also get an appearance from Superman right from the jump at the opening page. Adeline is making a plea to Superman to bring Slade in. This talk delves into politics, ethics, goverment orders, and so on. Superman against Deathstroke is going to be a big deal in the next issue because we know how Batman would take on Superman. Now we get to see the measures that Slade Wilson may or may not have prepared for Supes. More importantly, then the upcoming smackdown between these two is the threads within Slade’s family ties becoming very loose as co-workers and family get thrown into the mix.