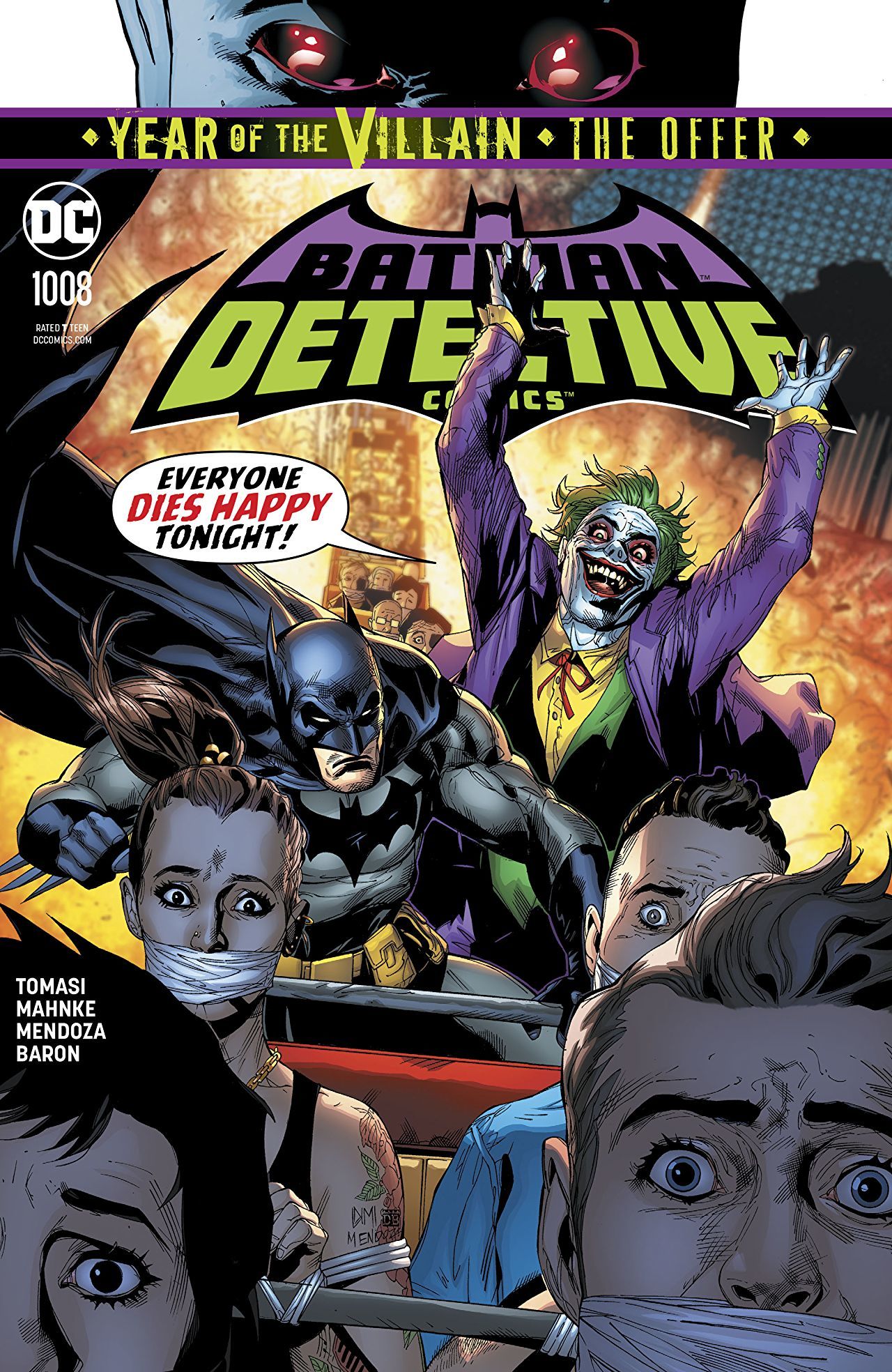 As the “Year of the Villain” continues to march on, it begins to muddy exactly when in the timeline all of these concurrent stories take place, especially considering that Batman is currently dealing with the whole City of Bane business. That said, Detective Comics prelude before the ominous offer is a single-issue stand-alone adventure where we get to see Tomasi’s take on a Batman/Joker rivalry.

It’s a very familiar take on the story: the Joker taunts Batman, Batman goes to the specified location, there is a battle of wits, and a pensive reflection on their twisted relationship. And honestly, it’s a very subdued take on the two characters. There isn’t a lot of fanfare or spectacle in the issue. Set in the familiar backdrop of a carnival, the Joker clowns around before Batman steps in and then the banter and battle begin in earnest. 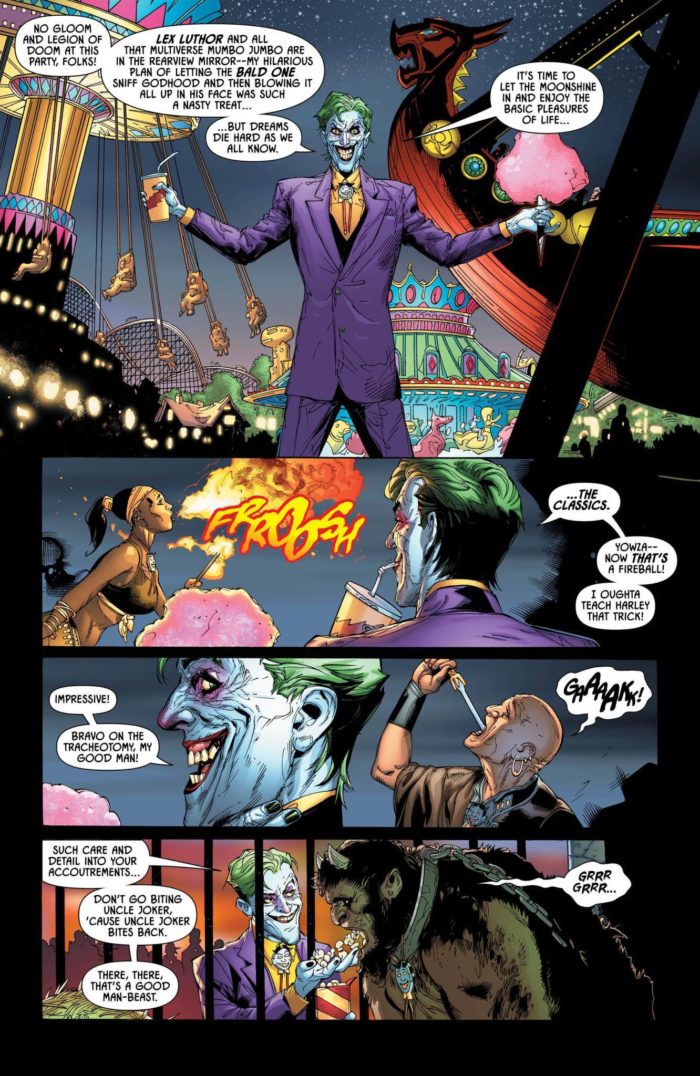 It’s just not as engaging as one would hope. Tomasi still manages to get a few moments of humor and inspiration, but the execution overall falls a little flat. Perhaps it’s because we have trodden this familiar territory many times over between Telltale Games and The Killing Joke? Or maybe it’s because the other villains that Batman has faced have managed to contrast the iconic character in novel methods. The Joker/Batman dichotomy has been examined over and over, and this latest iteration doesn’t offer too much more. Mahnke’s artwork complements the narrative just as well, but doesn’t quite land in the same way.

Detective Comics #1008 is filler. It’s a perfectly passable story that followed yet another filler sequence before the main “Year of the Villain” storyline. There are a couple panels that resonate, but for the most part it’s kind of forgettable.