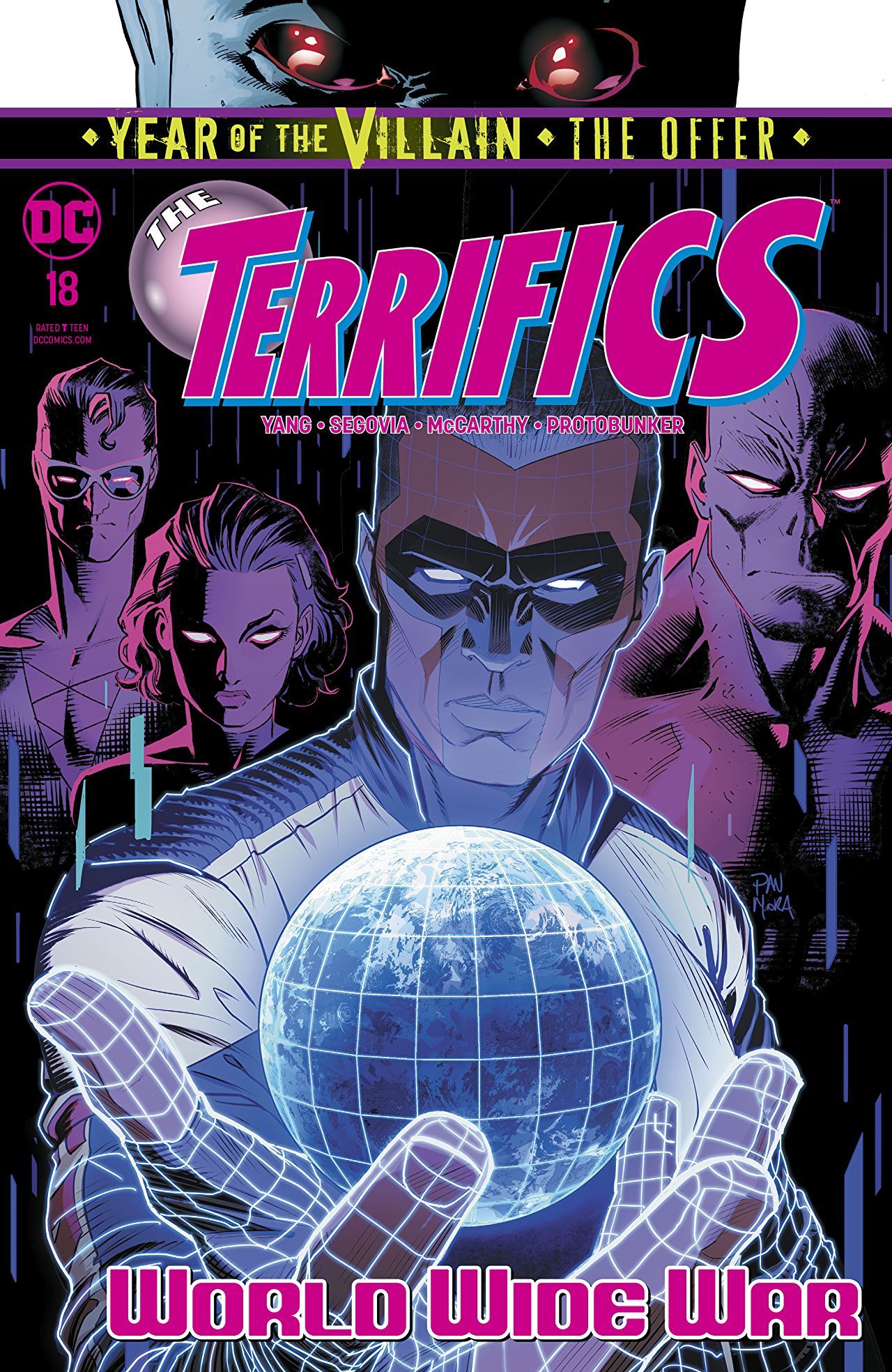 The conclusion of “The God Game” is kind of the perfect encapsulation of The Terrifics as a series. You got a threat to the entirety of the multiverse, entirely too clever quips between the characters, exploration of relationship dynamics, and fantastical science fiction action propelling the story along at a brisk pace. Yang and Segovia are very much in their element and have brought out the best of this found family.

The Noosphere has positioned itself to take over the world, and the Biosphere is imploring the Terrifics to squash the uprising. The ensuing battle is a beautiful sequence of technological warfare as digitized constructs skirmish against T-Spheres and T-Cubes while Metamorpho and Phantom Girl chase after the buddings of Plastic Man in a frantic round up. It’s bonkers and wild and wonderful for all the right reasons. Yang has a knack for wordplay and humor, while also having an innate ability to dissect philosophical questions with simple parsing. What does progress look like? What does the promise of progress look like? What matters to you when the cards are down, and all seems lost? 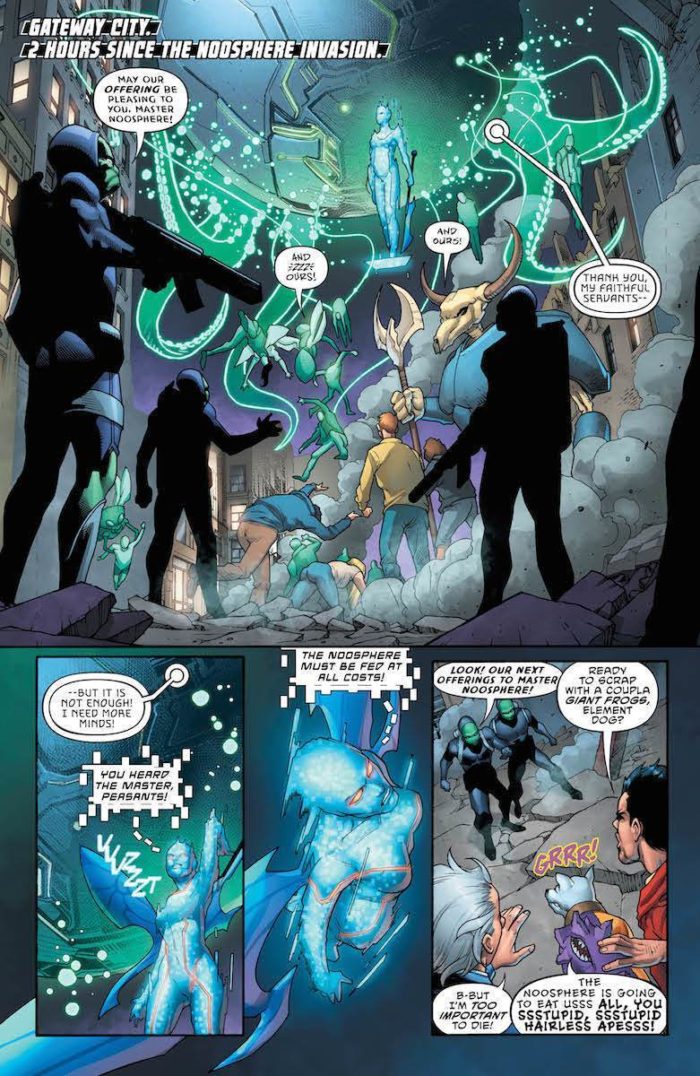 All of the narrative and dialog is masterfully complimented by Segovia’s artwork. The Terrifics look stellar as their powers manifest in novel ways that are visualized perfectly on the panels. There are lens of retrofuturism that create a distinctive visual style that just works for the series. Segovia is exceedingly adept at capturing the comedic humors with body humor and displaying the dramatic with effective facial expressions. There is a mastery of the character that only comes from having worked with these characters for so long.

The Terrifics #18 ends what is one of the strongest story lines of the series since its inception. “The God Game” offered a much-needed spin on the characters, and I can’t just help but be excited to see how the “Year of the Villain” will challenge this band of misfits next issue.