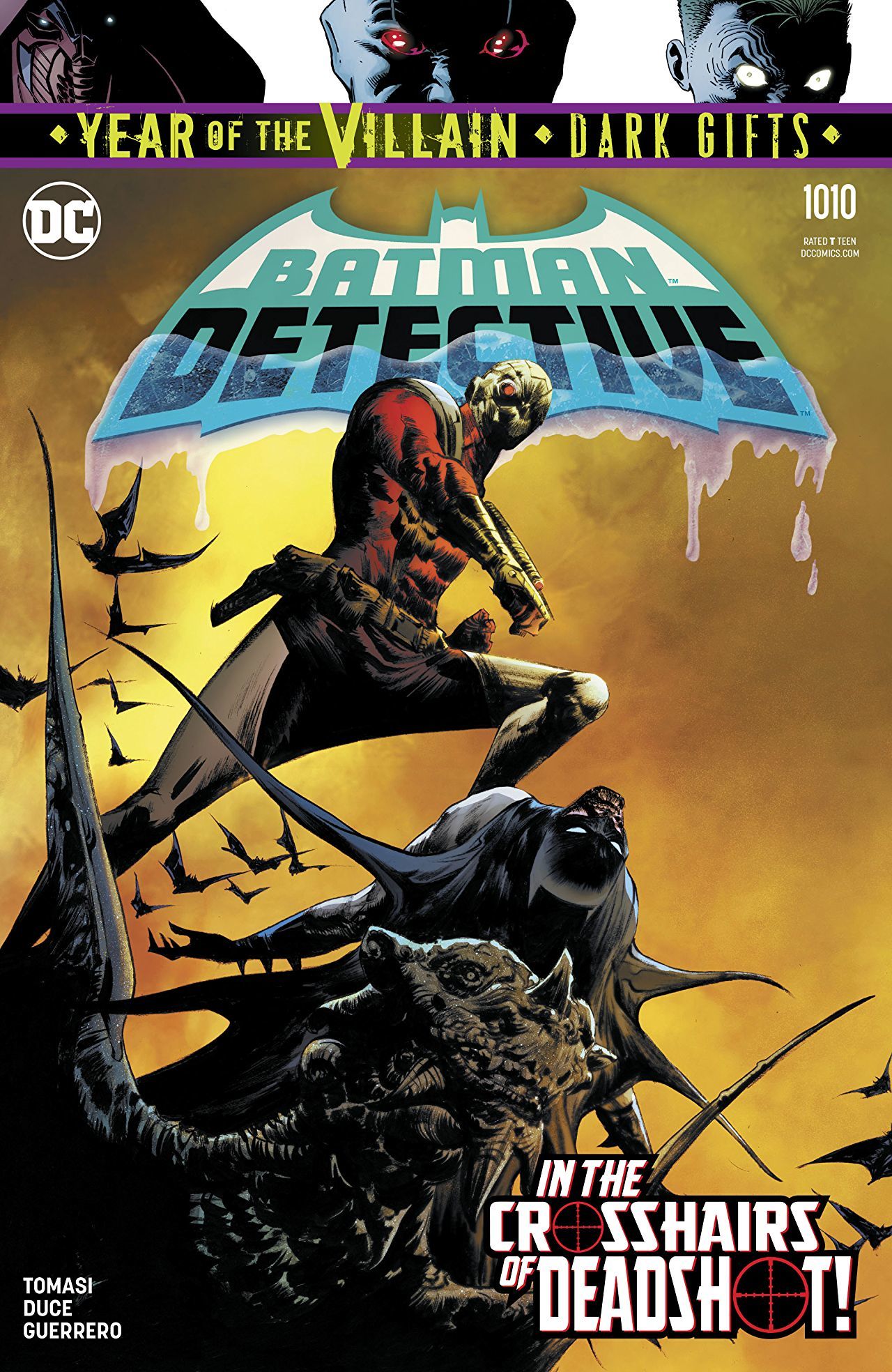 Detective Comics #1010 follows both Batman and Deadshot in the aftermath of their plane crashing somewhere in the Pacific and opens specifically with a pair of WW2 veterans stumbling upon a knocked out Bruce on the ground. This is not the first time Tomasi has sent a character to an uncharted island, seemingly lost to time, and it will almost certainly not be the last.

And to Tomasi’s credit, he is very good with this particular set of circumstances and archetypes. Hiroshi and Clarence are intriguing enough as side characters, with simple moments about the horrors of war and banter about various World Series wins. He does a good job foreshadowing all of the things to come, and they serve their purpose admirably.

Deadshot’s individual story line is less involved, and Deadshot remains somewhat of an uninterested villain because he doesn’t really have much motivation or development. He scolds some of the passengers… and that’s it. Deadshot lacks the same agency and urgency of some of the other villains and the past, and it slows the story down at times. 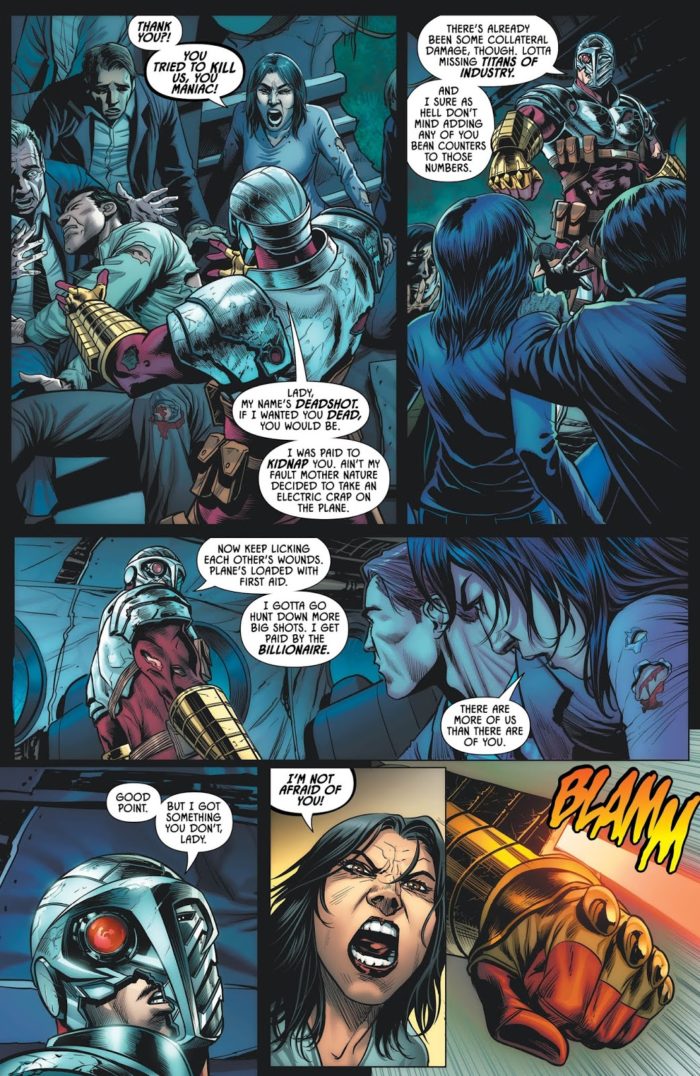 That said, when the inevitable confrontation rears up, Deadshot does serve his purpose of being an incredible foe for Batman. Duce’s artwork and framing for the action sequences is a delight, and the island set piece is utilized brilliantly between the incorporating of the local flora and fauna.

The Brave and the Old is a more interesting that Detective Comics #1009. Now that the set-up is fully under way, both Tomasi and Duce manage to do more interesting things from a narrative and visual perspective, rather than the drag of corporate talk and characters standing around waiting for other characters. Yet, it still feels like a filler episode rather than an engaging arc in its own right. It certainly doesn’t help to have Mr. Freeze constantly leering over the cover and his actions a constant coda, but we’ll see how it all comes together.