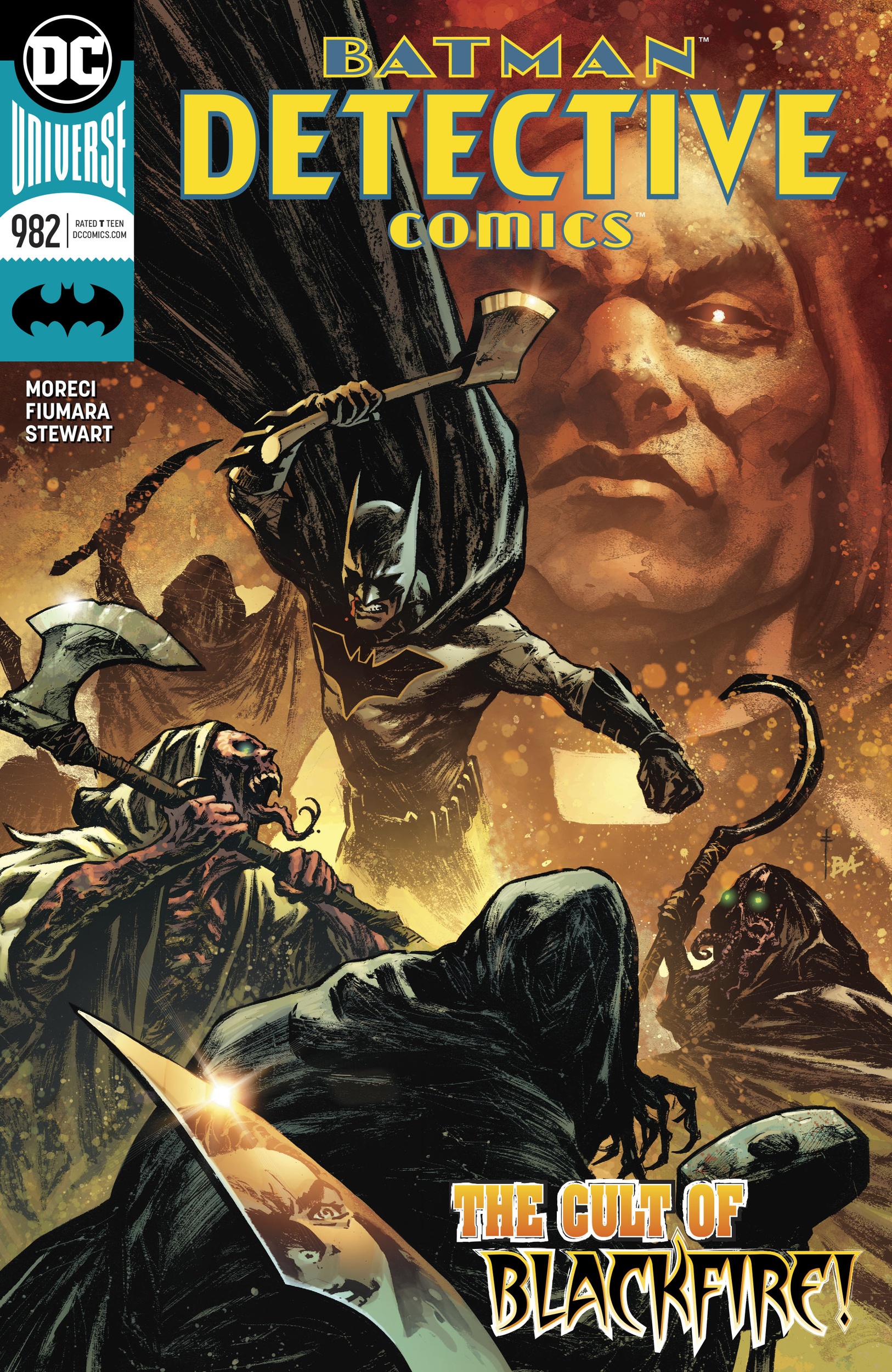 The Cursing of Gotham City!

With all the hype surrounding the BatCat wedding in the main Batman title, it’s easy to forget about Batman’s origin line: Detective Comics. At 982 issues, it is one of the longest-running mainstream American comics (right next to Action Comics) that provides a different perspective on the Batman.

Helmed by Michael Moreci and Sebastian Fiumara, Detective Comics #982 is an eerie one-shot where Batman goes up against Deacon Blackfire, a supernatural poltergeist-like entity who wants a corporeal form. Basically, Batman versus a cult. You got monstrosities dressed in robes, an alternative Gotham City wreathed in flames, and Batman questioning his sanity. It is a damn fine piece of physiological fiction. 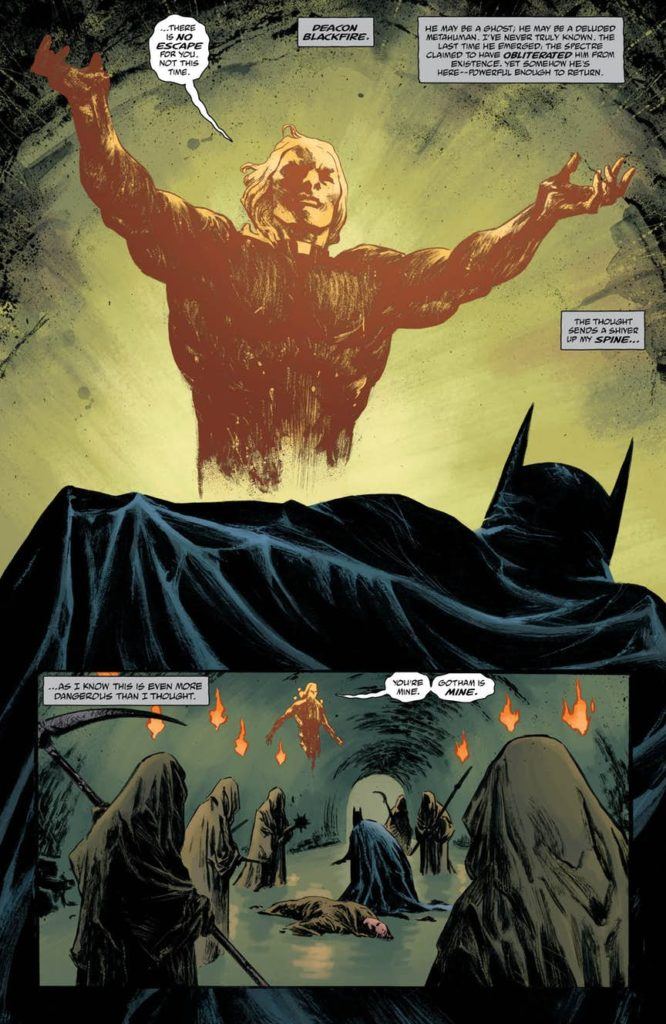 Fiumara’s art is hauntingly memorable, and captures the dark, creepy overtones in Moreci’s script. The opening sequence where Batman interrogates one of the cultists about the eponymous “Gotham Curse” evokes a visceral response, and the rest of the issue maintains that same level of intensity throughout. Moreci does a fantastic job of building tension and uncertainty. Batman’s psyche seems continually taxed as he goes up against the specter. The very nature of Gotham City and Batman’s crusade is called into the question, and the answer that Moreci’s script is classic Batman while still managing to bring a smile to your face at the conclusion.

If you’ve been reading Batman or Nightwing – or any Batfamily title really – but still finding yourself needing more, Detective Comics is a great entryway. It’s a dark jaunt that encapsulates all of the best parts of the thriller aspects of the characters and still retains the relentless optimism that draws most us to superhero stories.