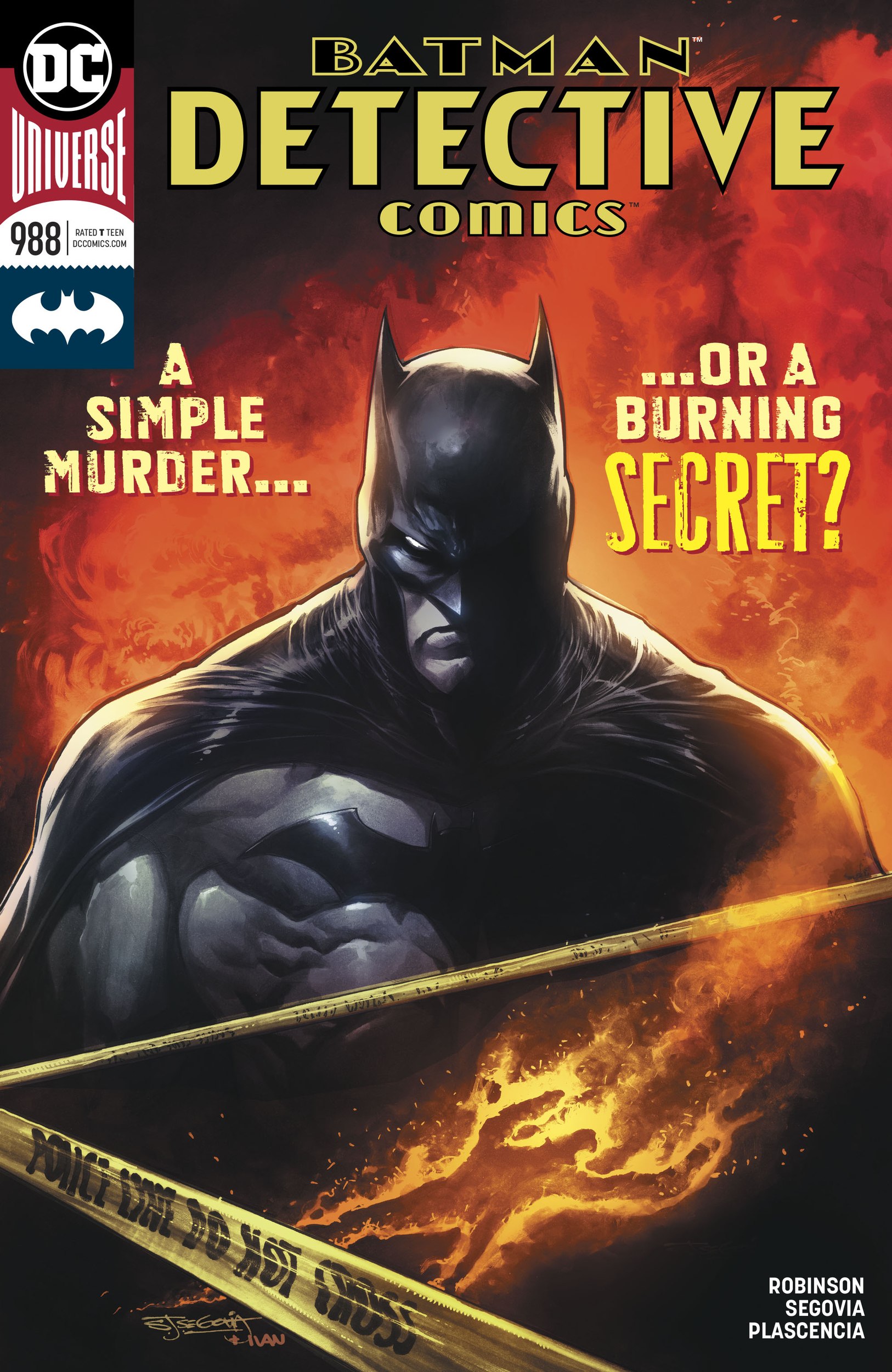 After all of the high stakes actions we experienced with the formation of Batman and the Outsiders, Detective Comics #988 is a distinct shift of gears. It’s a much more somber and self-contained story. As more than a superhero, Batman returns to his detective roots. He’s also still reeling from the whole wedding incident. Of course, that’s not just something one would just shake off.

Robinson captures a very melancholy, very isolated Batman. Any trace of sly levity is gone. He is all “bats in the sky/boots on the ground”, determined to figure out the probably-more-than-just-a-murder of one Harold Frank. There are some great snippets from Commissioner Gordon and Alfred trying to reach out to the Dark Knight, highlighting how some of the Gothamites are responding to a Batman in transition.

It doesn’t take too long for the story to take a turn towards action, which Segovia happily delivers. The fight sequences that start at the midway point of the issue are fiery, explosive, and give you a chance to appreciate some aerial maneuverability along with the versatility of the Bat’s grappling hook. It’s fast-paced, and overall balances out the brooding overtones of the opening fairly well. 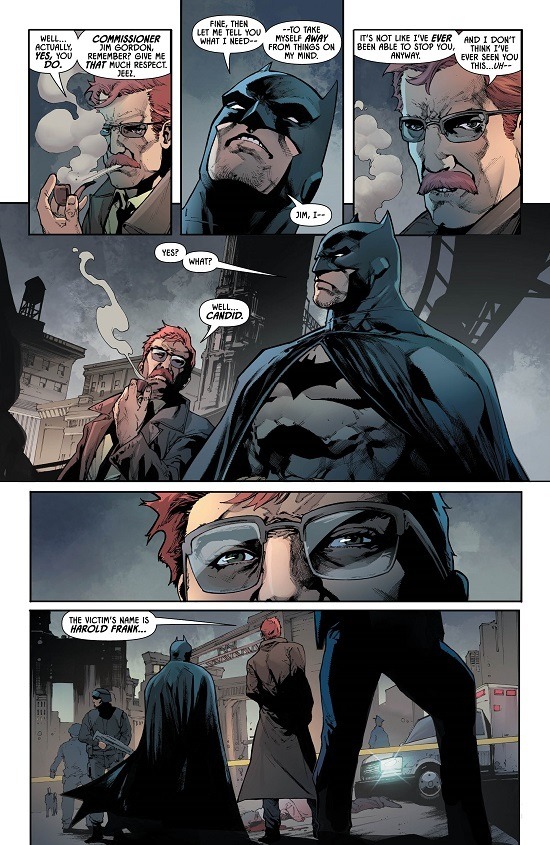 All in all, the issue is fine. It tells a neat, self-contained story which adds a little more texture to Batman which we may or may not have needed. The idea of ‘no simple murders in Gotham City’ makes perfect sense, and Robinson executes the concept enjoyably. Segovia’s art is on point, but unlike the large cast leveraged in On the Outside or even the last self-contained story way back in #982 (which went full-on psychological horror), Deface the Face doesn’t feel like it has that same hook beyond being a Batman story. Sometimes, that’s enough.