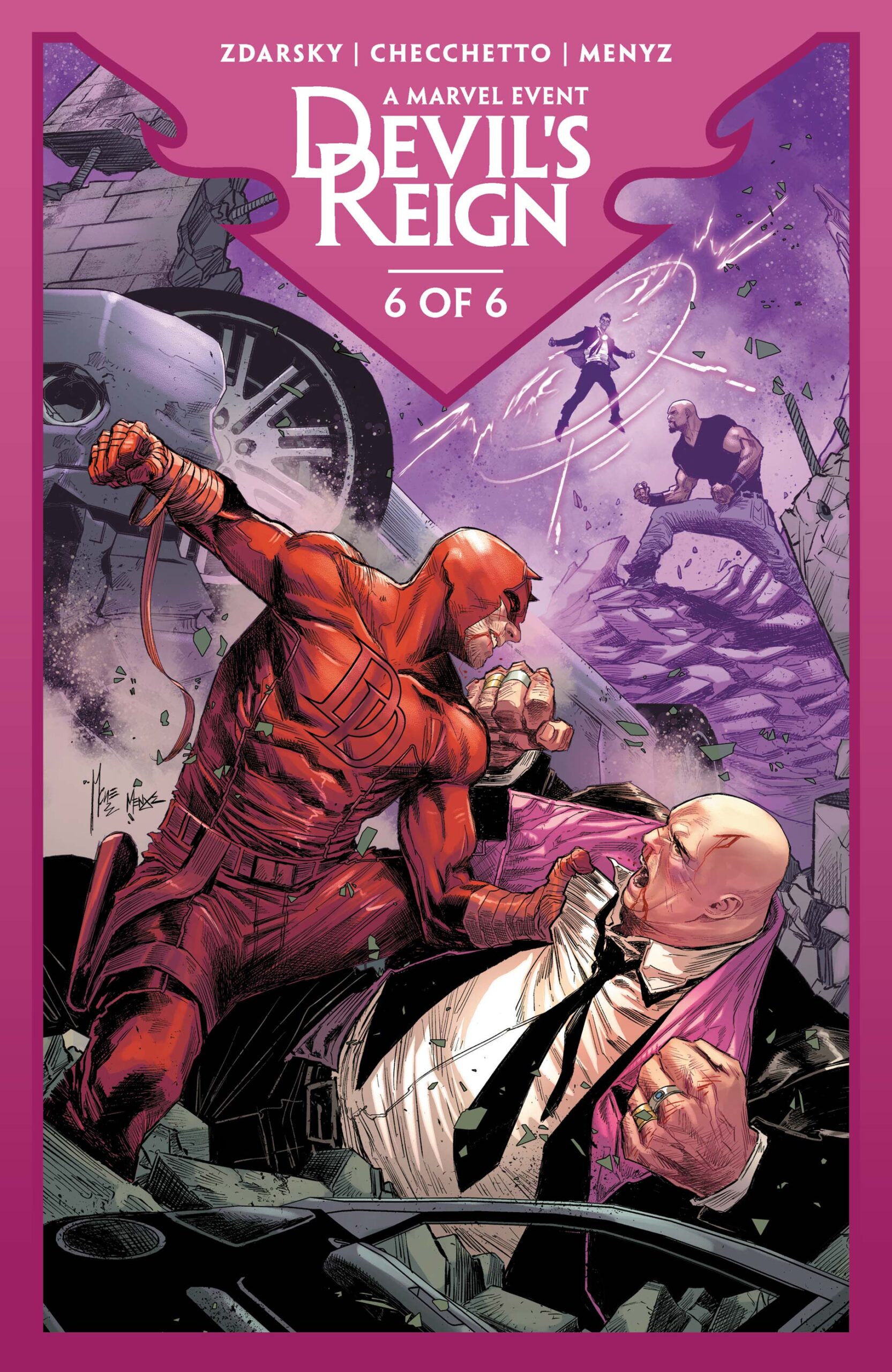 Vengeance has been the name of the game in Devil’s Reign, and this final issue ramps that bloodlust up to Stain levels in these Marvel streets. The big difference this time is that the hate filled motivation comes from our titular character, Daredevil himself.

This 6-issue mini-series contained a lot of fun plot threads surrounding Kingpin’s mission of memory altering vengeance. While I enjoyed this story, there seemed to be some missed opportunities on the part of Chip Zdarsky, who I absolutely love as a writer. Perhaps the scope was too small, which is rarely a critique for most modern superhero tales. Perhaps the scope was just right but didn’t include enough voices to make this feel like a genuine Marvel comic book “event.” And perhaps I’m just mad there was minimal X-Men action in Devil’s Reign #6, but I digress. Let’s jump into what went down.

Off the strength of Checchetto’s first couple of fire pages of Devil’s Reign #6, you know this issue is about to be a bloody affair. Captain America taking on an evil Wolverine Doc Oc from another universe, The Purple Man mind controlling hundreds of civilians right into harm’s way, and Daredevil with murderous intentions in his eyes after finding out that Wilson Fisk just murdered his brother in cold blood, after impersonating him this whole time.

As arguably the most pious high-profile Marvel character, it was very intriguing to see Matt Murdock fight his demons desire for revenge. As Daredevil and Kingpin went toe to toe, your mind really wondered if one of them was going to step over that line there’s no coming back from. A huge chunk of this book wound up a brutal slugfest reminiscent of an attitude era Big Show vs. Shawn Michaels type matchup and I was here for every bruise, busted lip, kick, and haymaker!

The results of the title match will divide fans on how a story like this should close out, and things were a tad too tidy by the turn of the last page; however, it was a fun ride to get there. Despite Marco Checchetto’s gorgeous artwork all throughout this 6-issue run, we won’t be calling Devil’s Reign the book that erased the bad taste Civil War II left in fan’s mouths like I once hoped, but it is one that will allow fans to keep saying Daredevil always has the best written stories in Marvel.

Did you enjoy Devil’s Reign? Check out BNP’s other reviews here.