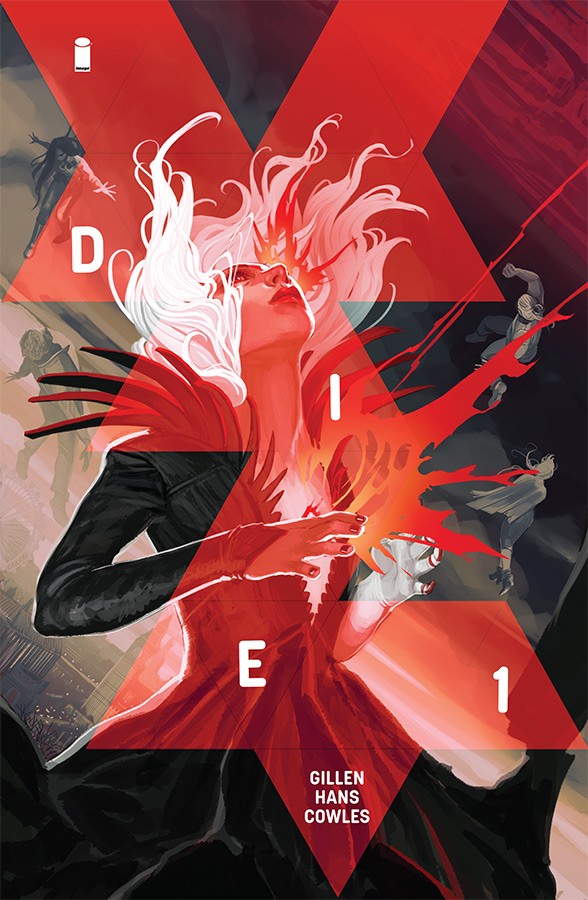 This is what you need to know about Die.

In the solicitations for the series, Gillen jokes that he describes the series as “Goth Jumanji.” This is an adequate starting place as it captures the broader plot: a group of children stumble into a board game which is actually a fantasy world and have to deal with the consequences of their actions. In some respects, it may remind you of Stranger Things or It where a ragtag bunch of misfits get caught up with a malevolent force. Maybe Chronicles of Narnia or even Bridge of Terabithia, stories about childhood escapism.

It may even go so far to remind you of your own childhood, where you went over to a friend’s house and played make-believe with fast and loose rules. 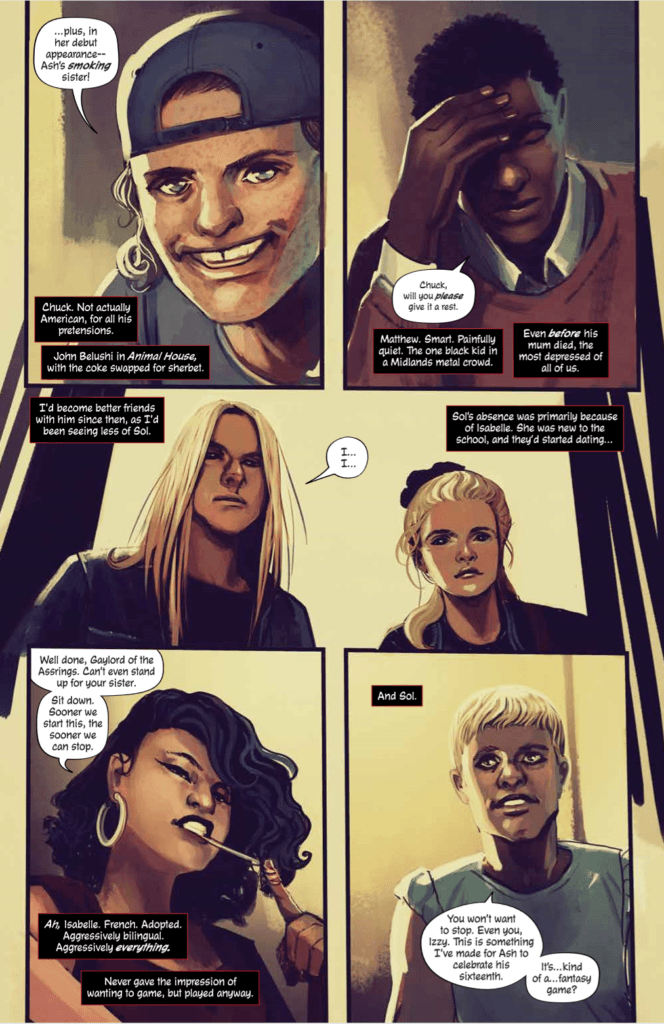 Gillen is incredibly aware of every single one of the tropes and has surgically selected every single word choice to make sure you know that you know that this is not going to be like anything you’ve ever read or seen before. The opening characters introductions are bleak. The introduction to the central game flat out states “it’s not some piece of D&D off-the-shelf shit in a box!… This is a fantasy for grown-ups.”

This is a master craft of a comic. Gillen delivers one of the best three act openers of 2018 that succinctly sets up the world, the conflict, and the hook for the remainder of the series effortlessly. He telegraphs narrative moments and the reveal still feels like a gut-punch. Hans’ artwork cycles between evoking the blurry nostalgia of the ’90s and a darkly classical fantasy overtone that feels forebodingly familiar. It appears to have all the characteristics, but decidedly horrifying in its eventual execution. It is chilling and wonderful to the behold. 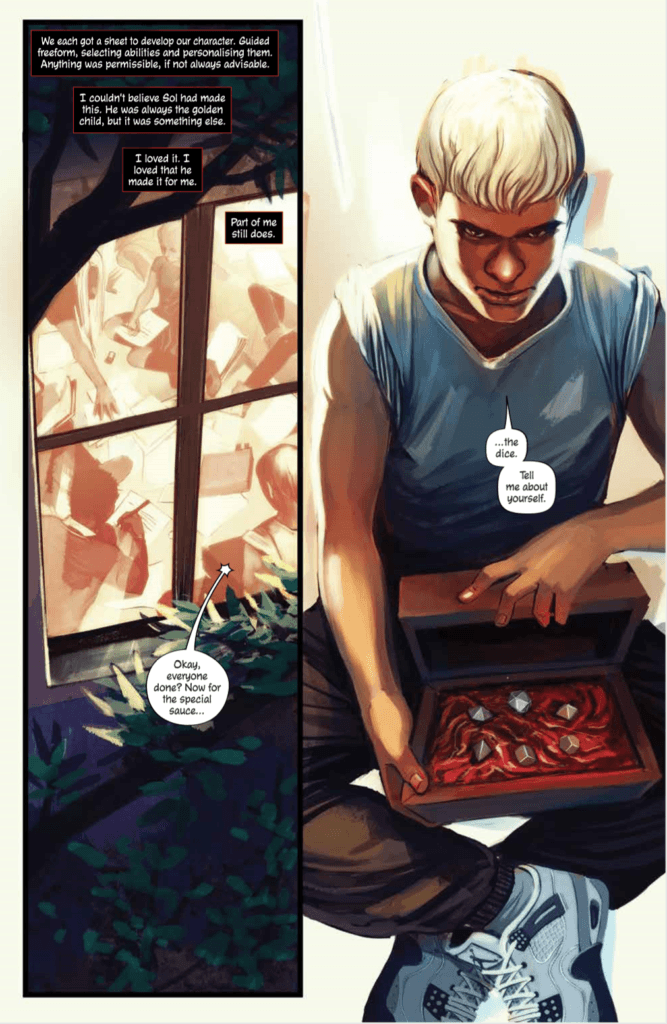 Die Demands to Be Read

Die #1 is a tribute and subversion of childhood fantasy, of the games we played when we didn’t fully understand the rules. Gillen and Hans are a dynamic duo that have created an alarmingly alluring world of horror and fantasy and I’m so excited to add this to my pull list.