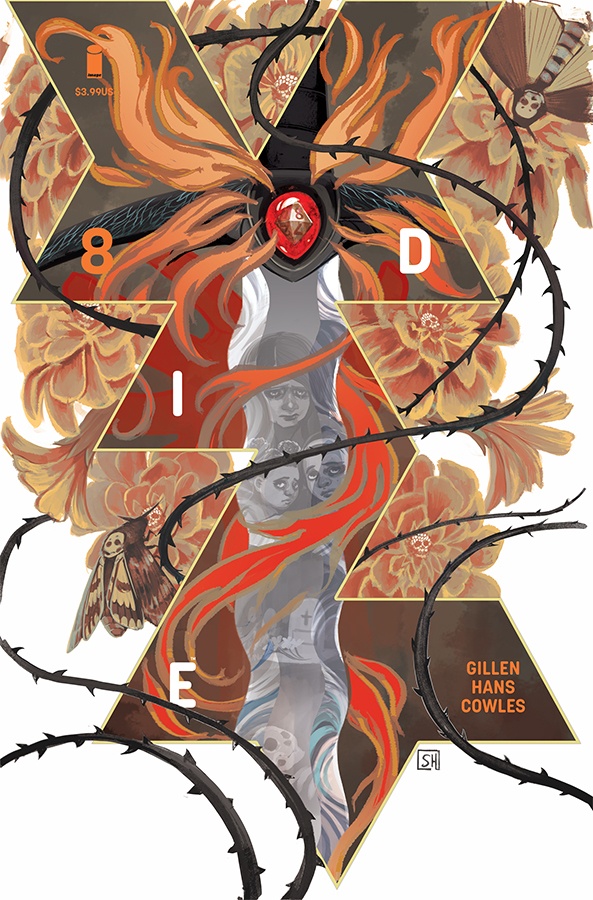 From now until the end of days, I will gladly and dutifully report that Die is just an absolutely stellar comic. This dark fantasy/psychological thriller is eight issues in and has seemingly no signs of slowing. Between the world building of the game helping us understand the various characters’ histories and personal arcs and the picturesque visuals that belie the true horror of the series, Gillen and Hans have consistently delivered one of the best comics of 2019. 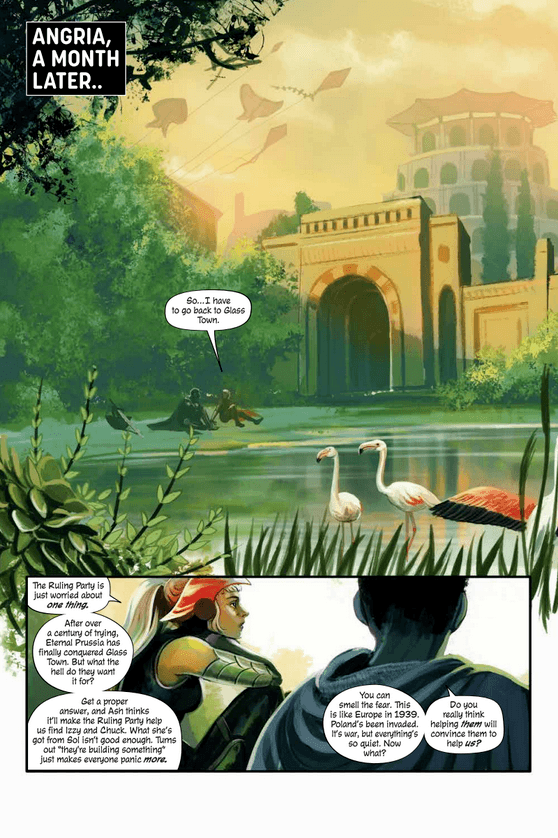 The continuation of act 2, Split the Party, starts off with a time skip. We’re back in Angria with Matt and Angela discussing the global politics of Die before the bulk of the story shifts to solely focus on Matt and his nature as a Grief Knight. His interaction with Angela and a bunch of Joy Knights is revealing. If you need a refresher, Knights in this world are literally powered by their emotions. Dictators are masters of manipulating emotions. It’s a dynamic that’s been hinted at in previous issues, and one that is further illuminated here. While neither are utilizing their supernatural gifts, the fact remains that Matt and Angela’s personal traumas in the “real world” directly affect their ability in the “game world.” It’s this type of layered psychoanalysis that makes Die so vivid and captivating. The way Gillen uses game mechanics and tropes to further poke and prod at humanity. The distinction between past and present with Hans’ exquisite artistry.

And outside of character work, Die #8 excels in exposition when it comes to unpacking the rules of the world. Having played a Beta version of the accompanying RPG system, I recognize a lot of the mechanics in play, but reading how these manifest in the story is fascinating. I imagine that would also be true in reverse. If you were reading the comics first and then the rulebooks, things would make intuitive sense, and that just further solidifies the greatness of the book on a meta level on top of its already solid foundation as a comic. 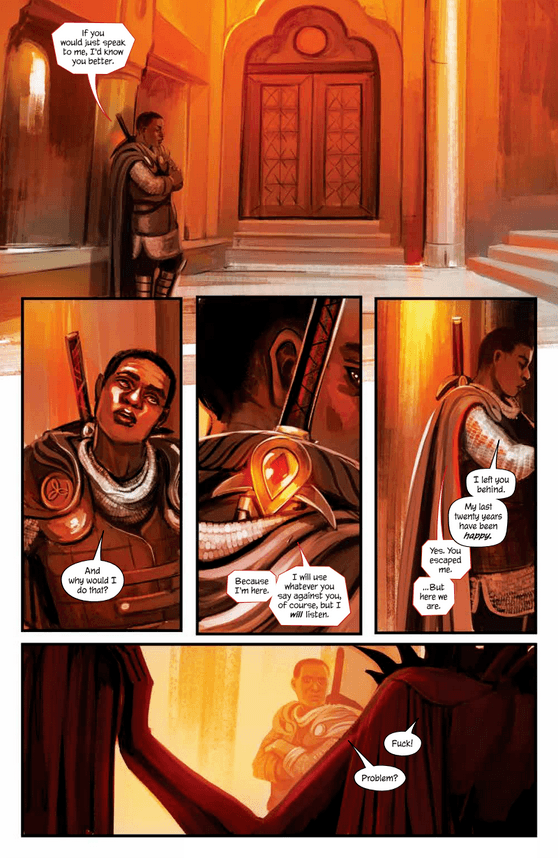 Die is vying for the top spot of comics in 2019, and as the track record shows, I’m very inclined just to give it the title. Every issue manages to show a different facet of reality and every issue retains such a high quality narrative and visual, you’d be denying yourself a great joy reading it. Although, maybe that’s the type of Knight you are.