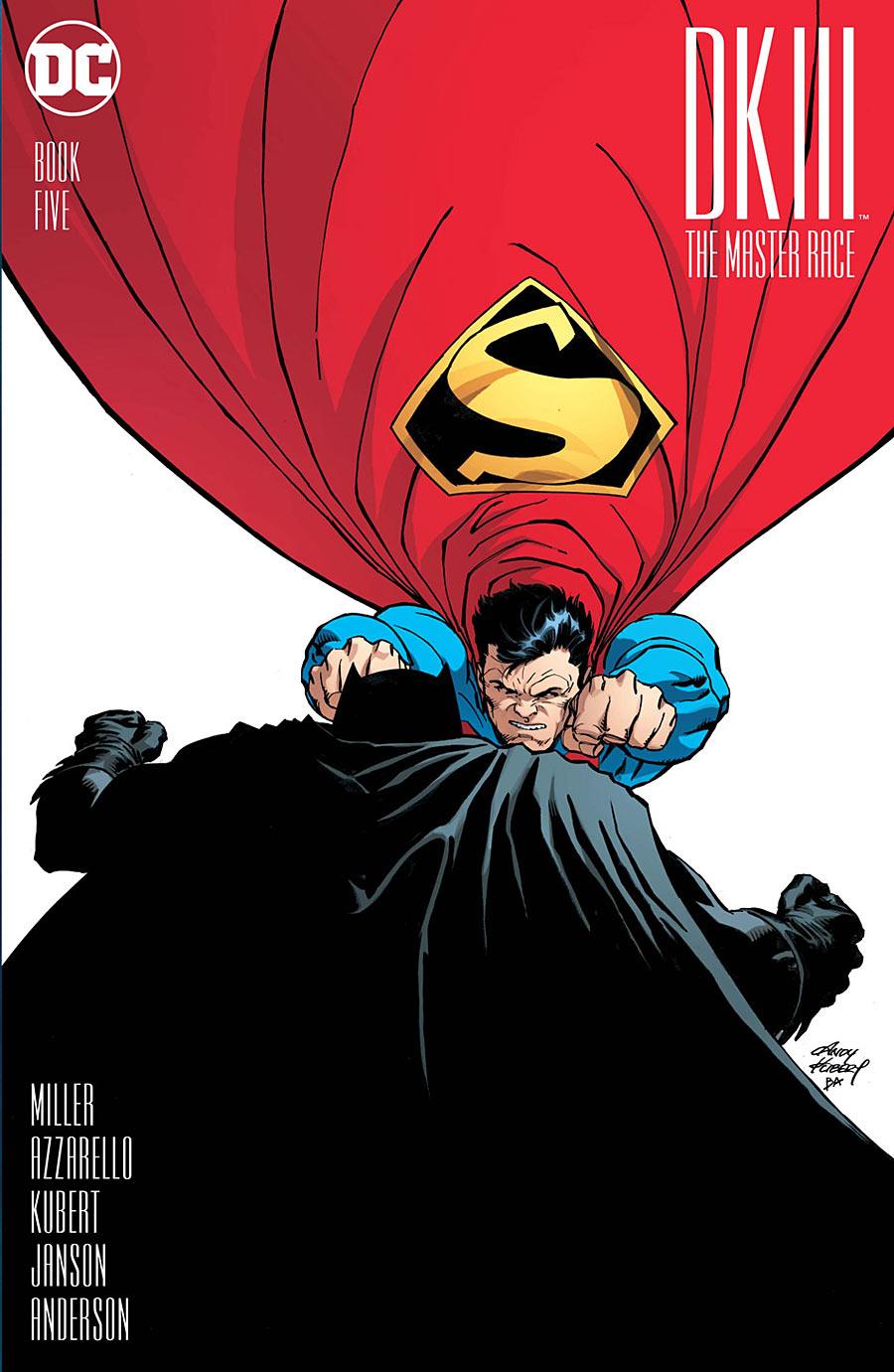 To start, I’ll just come straight to the fact that I was not excited about the idea of yet another Dark Knight comic after the second one was such an incomprehensible compost heap. Also, Frank Miller’s particular style of storytelling doesn’t age very well. Hopefully, he realizes this and it’s the reason he handed the bullet points over to Brian Azzarello for him to interpret. Anyway, with all that in mind, the resulting “Master Race” (cannot get past how untimely and problematic that title is) series, despite being a little uneven at times, has turned out to be a pretty decent book.

Book five of DK3 takes us right to our aging, unrelenting old Clint Eastwood Batman mounting his last stand against an army of would be despot Kryptonians. Azzarello accomplishes a lot in this particular issue. First and foremost, he’s given the hardcore Bat-fans a lot to brag about. There will simply be no living with the fanboys and their endless “prep time” lectures after seeing Old Man Wayne in action this week. Also, this script did the seemingly impossible by actually making me like Dark Knight-era Superman.

Historically, Miller’s take on the Man of Steel has been one that has always represented everything I hate about the way Superman is written in his worst moments. But this story has brought the character full circle and, thus far, pulls him out the other end as a hero that has been reminded of who he is what he represents to humanity by a friend who is best known for rejecting the notion of being among the people. Visually, Andy Kubert was showing off. This book takes you through all the same cinematic feels that a good film score should. It swells during all the “Holy Beirut, Batman” moments when the city is on fire and sings like a choir when our hero rises out of the darkness. And there are a few characters who are given epic moments that leave you with the assurance of some sweet looking action figures on the way sooner than later.

Bottom Line: A classic turn of events indicative of the master strategist we all love, Andy Kubert, at the top of his game and a writer who gets Frank Miller Batman possibly better than Frank Miller easily make this issue the best of the series.

9.5 Criminally Obscene R&D Budgets out of 10