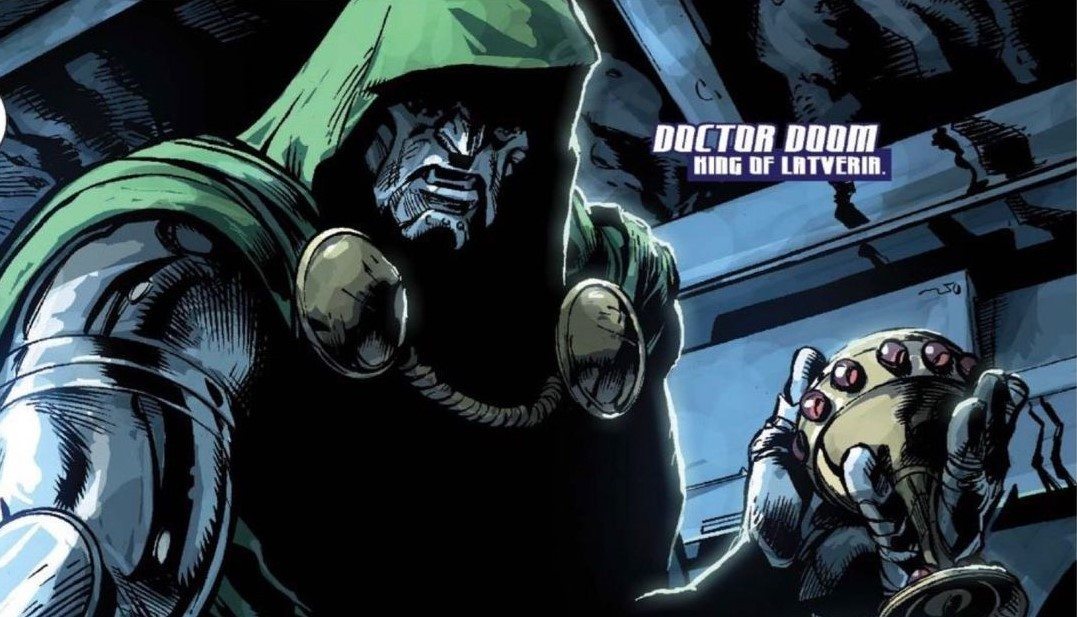 Latveria is a complex place fam. Are the residents of Victor Von Doom’s country so conditioned that they truly believe he is the greatest man alive? Has Doom instilled a level of fear into their mental states that they wouldn’t dare speak out against their supreme leader? Or is it, perhaps, genuine adoration for the man that is arguably, the most intelligent person in the world? Either way you slice it, Doctor Doom is the smartest villain outchyea. Prove me wrong. 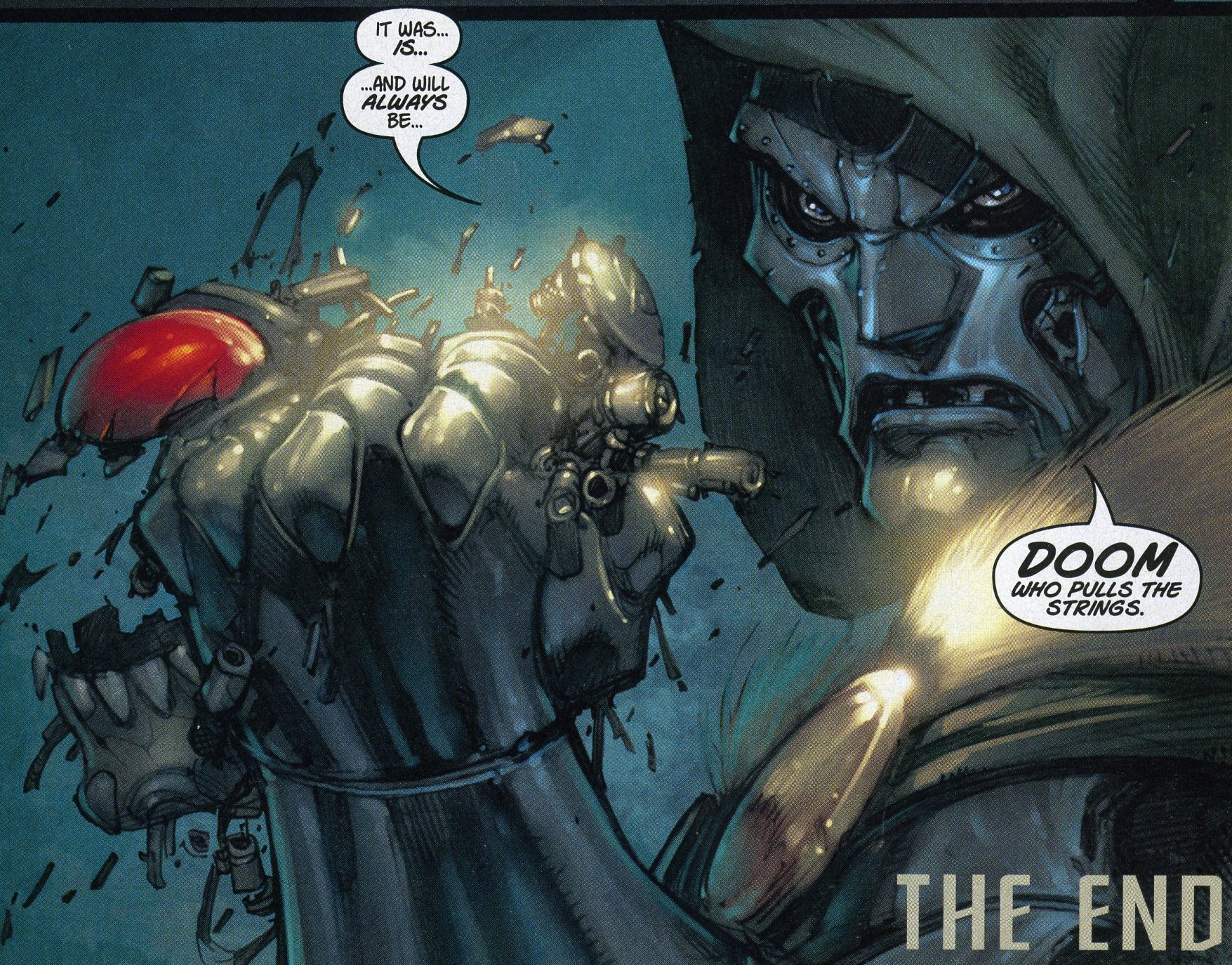 This gripping tale progresses from Victor’s usurping of the Wakandan Royal Family by secretly backing the Desturi to Storm’s farce of a trial, all the way up to Doom succeeding where all others have failed by tapping into and controlling every ounce of vibranium from Wakanda to Antarctica. Throughout this 6 issue limited series, Jonathan Maberry focuses on Wakanda but brings in some exciting outside elements as T’Challa and Shuri are forced to recruit the X-Men while Doom empties 10,000 tons of vibranium out of the most impregnable vault on the planet. For Doom to pull off a feat of this magnitude after being enamored with the mystical capabilities of vibranium for so long, you know that brain put in workkk before setting this plan in motion. Ten years later, Doomwar remains one of the best examples of Doctor Doom proving he’s the smartest villain on the Marvel roster.

Let’s get one thing right. One does not simply become the first person to conquer Wakanda in 10,000 years. To sneakily put your plan in motion, you let the Skrull invasion force Wakanda to take their eye off the most dangerous piece on the board. Then you pull off one of the most vile, intrusive moves by quietly introducing nanites into the food and water supply, making everyone in the Royal court a living, breathing spy for his Doominess. Despite how heinous that move was, not even T’Challa could doubt that it was one of the most genius tactics he’d ever seen. As he put it, “With one subtle play, Doom had acquired all the secrets of Wakanda.”

While in Utopia, this conversation with Scott Summers, Emma Frost, and the X-Men puts Doom’s superiority at the forefront, but also recognizes T’Challa’s awareness of how impressively manipulative the sorcerer is. “And you decided to roll over and let them take Wakanada?” Wolverine says, with T’Challa acknowledging the fact that he’s been outplayed by saying, “To have opposed the Desturi, would have meant pushing back an invisible tide”

Of course, Cyclops refuses to sanction the X-Men’s involvement, but he doesn’t go so far as to forbid them from following the current and former Black Panther to battle. This was followed by one of the only genuinely joyful moments of this story when a guzzlin animal sets the stage for the second half of this war.

“We’re on our way to rescue a queen, overthrow an evil wizard and win back a country. Care to join us?” 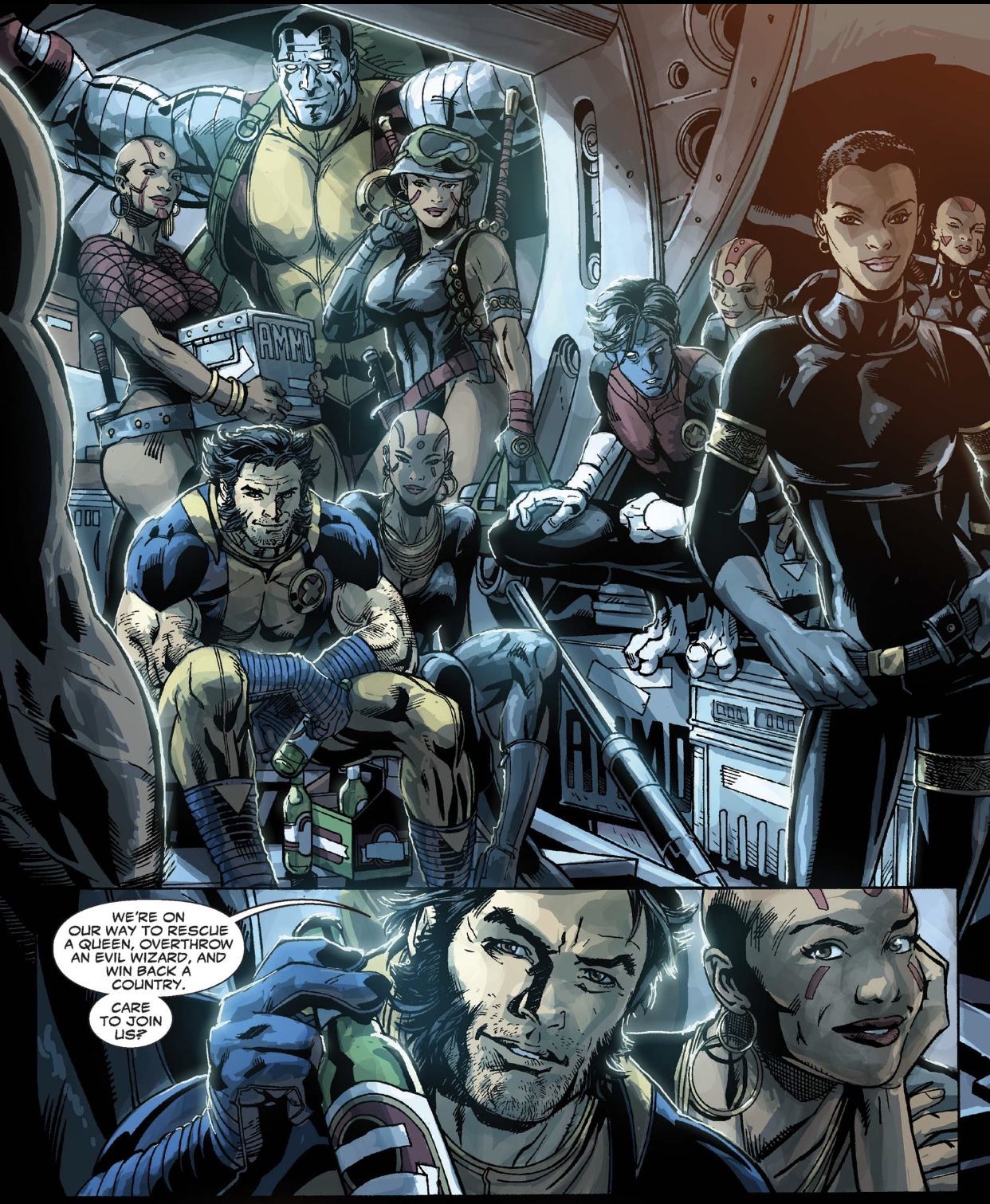 Despite eventually taking back Wakanda and saving Storm, Doom had stolen the goods and forced the royal family to bomb their wildly advanced city with EMPs to rid everyone of the nanites. Of course, the hero eventually bests the far more intelligent bad guy, but we’re not here to dwell on what should or shouldn’t have happened. Instead, I want to finish off with one of the wildest aspects of this story; Victor Von Doom’s nearly impossible feat of bypassing the 12th and final lock on the vibranium vault.

Ok, boom. T’Challa being another one of the smartest men on Earth places a purity arch fail-safe on the door knowing anyone who was trying to steal the most precious metal in existence had to be mad evil and would be dead on arrival. Little did he know that Doom would strip bucked naked, happily pass through that purity arch and show the panther God what nobody at the time knew was true. That in the end, there is only one way to save mankind. Only one flourishing future in all of the possibilities and that future is none other than DOOMWORLD. Praise Bast, just a few years later Jonathan Hickman showed us exactly how right he was.