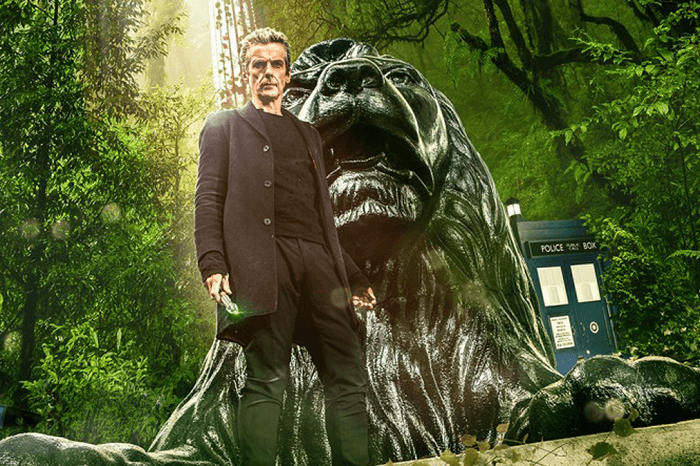 We’re almost at the end, folks! Unfortunately, I must say that I wasn’t impressed with this week’s episode. The best episodes of Doctor Who feature some kind of dense, emotionally-charged character development; exciting, challenging antagonist; and clever, action-filled plot. This episode didn’t have any of that and really felt kind of pointless.

First off, let me say that it’s always a nice change of pace when the adventure comes to the companion, as opposed to the Doctor and companion seeking out the adventure. A forest that appears overnight seemed like it could be intriguing at first, but there was nothing threatening about the experience (a recurring theme in this season, by the way: perceived threats and antagonists that turn out to be harmless). Sure, we don’t know how and why the trees popped up so suddenly, but they’re still just trees. Not evil, flesh-eating trees. Not some weird alien species that disguises itself as shrubbery. Just regular trees that happened to have a very rapid growth spurt. They turn out to signal the actual issue: a giant solar flare that could potentially destroy the earth. But we don’t get a true sense of urgency at any point in the episode. We know it’s not the end of the world, because 1) it never is, and 2) whenever there is an actual threat of the world ending, we always have a good half hour or so of the Doctor and Clara running around and trying to figure out a way to stop it. We get a few dangerous wolves and tigers for a bit of conflict and danger, but they’re scared away by a flashlight … oh well for that little bit of excitement. But there should be some urgency in the revelation that it could be the end of the world. Nope. Everyone’s pretty blasé about it. The Doctor and Clara figure out that it may be the end, and they immediately decide there’s nothing they can do. Well, that’s that. The sun is going to kill us all. No big deal.

Here’s another problem I have with the episode: At first, I thought this would be a good Danny and Clara episode, where we would get some more character focus on them and their dynamic with the Doctor. Quite the contrary, the little bit we see of them is just Clara lying to Danny about her continued involvement with the Doctor. However, it all feels silly and unbelievable, because we know Danny isn’t an idiot. And Clara’s a bad liar. Is Danny seriously not seeing past this act?

Even though this episode didn’t have much in terms of character development, at least we got to see a bit more about how Clara has changed. In last week’s episode, we saw Clara become the Doctor and how negatively that transformation affected her, and her reaction to the conflict in this episode feels like a follow-up to that. We see that Clara has lost track of her priorities; instead of focusing on taking care of the students, she’s more interested in having an adventure and figuring out the mystery. Danny is refreshing as usual as a foil to Clara. As Clara’s jumping around all excited about the mysterious pop-up forest, Danny is just concerned about taking care of the kids, and in a moment of typical Danny levelheadedness, he explains how he doesn’t have this yearning to explore other worlds; there’s plenty to experience right on earth. It’s a bit unbelievable that he’s not at all tempted by the wonders of the universe—because apparently becoming a soldier means you lose all of your curiosity and desire to see new things? But in this aspect, Danny has to be the polar opposite of Clara so the writers can make a point (even though I really wanted Danny to become a companion as well), so I suppose we’re just going with it for now.

Also, let me just point out again that missing children are a recurring theme in this show. The Doctor has always been a notoriously bad babysitter, but Clara and Danny should be better at keeping track of one child—especially because that’s their jobs. But that’s just one part of the random fluff in this episode—and there is quite a bit of it. There is a central conflict that turns out to resolve itself with no fanfare at all, there are minor conflicts that similarly turn out to be nothing, there’s a girl who keeps going missing, there’s the girl’s random psychic powers and inexplicably random dead sister who just pops up again at the end, etc. There are just a lot of minor elements that don’t actually enrich or inform the episode in any way.

So, in this episode, we’ve established that we don’t get much riveting action or plot, and we don’t get much meaningful character development. So we should at least be left with some dramatic lead-in to the two-part finale, right? Nope. Sure, we see Missy for half a second, and she’s just creeping on the Doctor and Clara as usual, but she doesn’t give a clear indication of whether she was involved in this whole killer-solar-flare-and-overnight-forest situation. Either way, we don’t get much of a sense from this episode that we’re leading up to something. We’re missing the drama and suspense that’s usually a given toward the end of a season of “Doctor Who.” I can’t help but think of the bravado involved in the arcs in season six. After seeing the action-packed trailer for the finale, full of Cybermen and Missy and hints of Clara-centric drama bombs, I am surprised we’re going to jump into all of that with this mild episode as a springboard.

Still, I’m excited to finally find out the truth about Missy and Clara and see some classic “Doctor Who” villains in action. Here’s hoping we’ll end season eight with a bang. Check in next week for my review of the first half of the season eight finale.