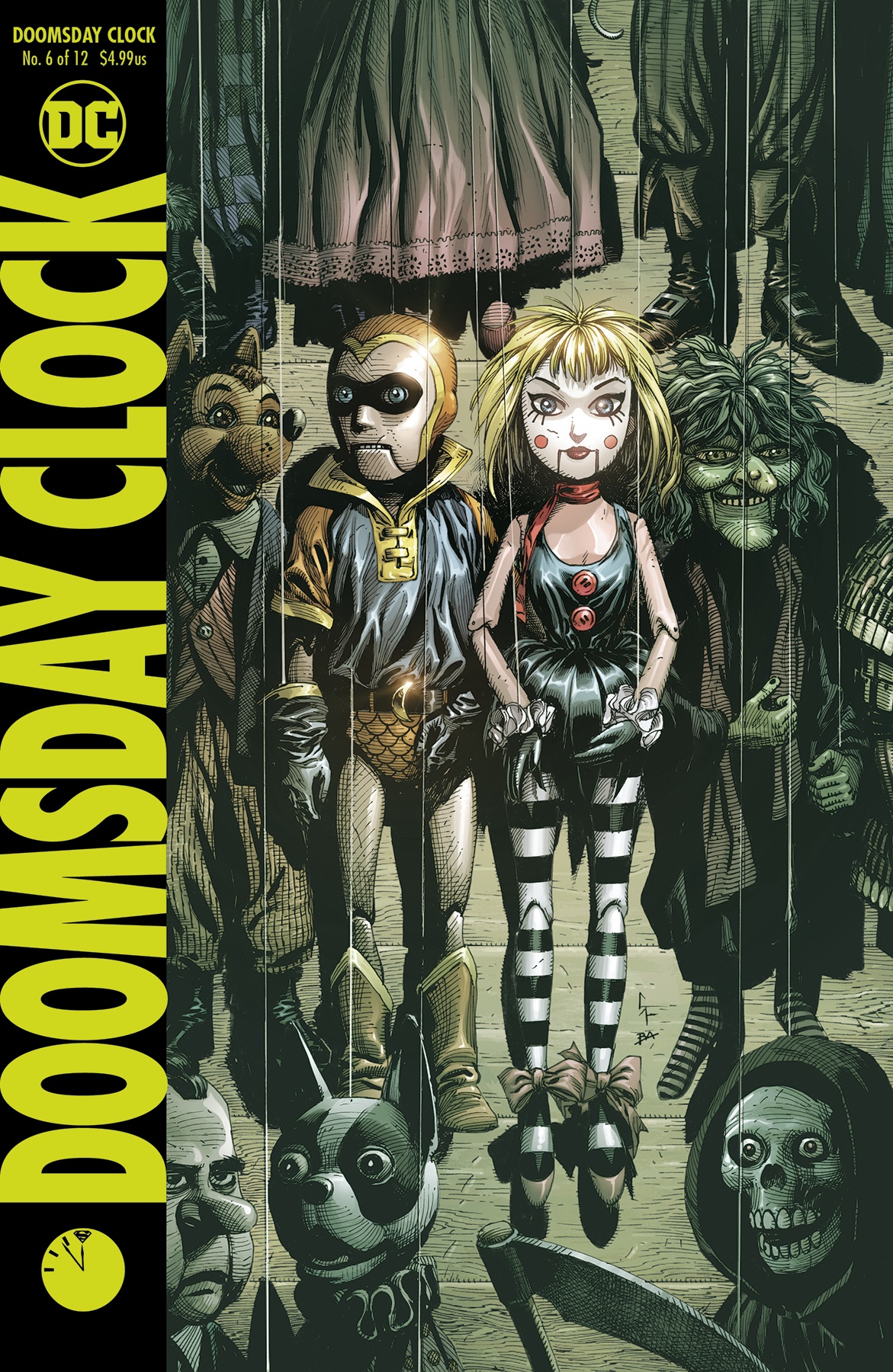 Doomsday Clock has, if nothing else, been a great character study for the new heroes, villains, and everything in-between that this new series, in a familiar setting, has brought us. As we’ve gotten standalone issues for Rorschach and now Marionette & The Mime, what has become pretty clear are the motivations, machinations, and plotting of these characters. What’s less defined is what exactly they are plotting towards. At the halfway point, we’ve gotten more background but little forward movement. This feels intentional but also maybe a little too meticulous as not a whole lot has changed since issue #3. Still, we got a full display of the Joker this issue buddying up with some other make-up wearing psychopaths.

Though, that might feel reductive in some sense as most of this issue was about how Marionette & The Mime began as Erika and Marcos. The backstory is a good one and mostly subverts the oft-traveled road of a bad or abusive childhood. Watching Erika and Marcos meet and take care of each other, often with extreme prejudice, does well to show the nature and nurture thesis unfold. Both Erika and Marcos experienced tragedy at a vulnerable age, but they weren’t angels beforehand. 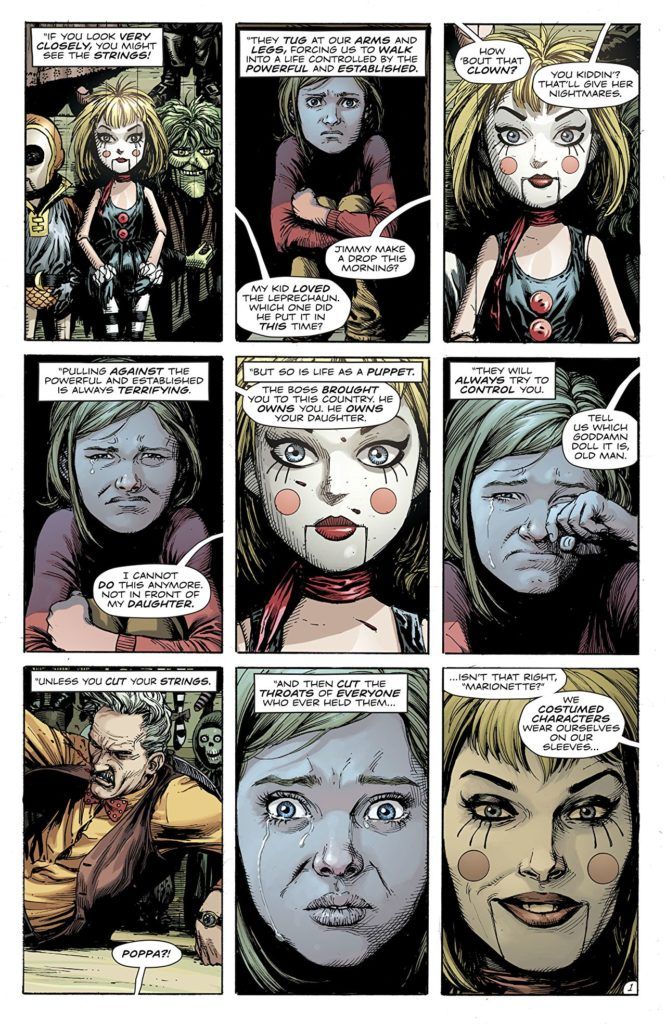 What takes place in the present has some highs and lows as well, mostly with the Joker being the Joker and seeing what plays out at their destination, with the unconscious Batman in tow. What is useful are the side conversations and background dialogue that will no doubt become more important. Specifically, talk of how metahumans are being treated, Black Adam’s crusade in Europe, and law enforcement’s role. Hopefully, these chickens will come home to roost in glorious fashion. Right now, they are very cool subplots taking up some real estate where we hope the story could move more expediently.

That being said, the issue is still enjoyable. More character study then story progression, at least in the big scheme of things. But as I’ve stated before, this book really aims to be larger than the sum of its parts. At the halfway point, there’s still a lot that we can look forward to.