type in your search and press enter
84 Shares

Show of hands — who really cares about this live-action Dumbo trailer? Please help me understand the fervor around this film. Other than the LSD trip, the anti-bullying theme, and the ultra-sad lullaby scene, what is so nostalgic about it? (Okay, MAYBE I get how one can become teary-eyed about that parental bonding moment.) There isn’t a single Disney movie before the 90s that needs to be adapted into live-action, especially if the protagonist could easily have been mistaken for a stuffed toy. The only exception I’ll make is if they decide to cast Dwayne “The Rock” Johnson in an actual Bambi action/thriller/revenge flick straight from that SNL skit. I’d watch the hell of out that.

I can say with utmost certainty that Tim Burton is bored, and because of this, feels the unnecessary need to insert his problematic face in any kind of franchise he can to stay relevant. He just has to be every weird nerd’s favorite director. But this mess looks dark and creepy yeah, but also D-U-L-L. The trailer gives us a glimpse at the eerie circus environment, led by Michael Keaton’s V. A. Vandemere, who will be a Grade A asshole to poor Dumbo. Speaking of the titular character, the CGI looks here looks really weird. Someone took a look at Alita: Battle Angel and was like, “THAT IS WHAT THIS FLYING ELEPHANT NEEDS. ANIME EYES.”

The cast here is full of A-Listers: Keaton, but also Danny Devito as Max Medici, the circus owner; Eva Green as Colette Marchant, a French trapeze artist; and Colin Farrell as Holt Farrier, a one-armed war veteran and former circus star. I just still don’t understand WHY. Why all of this star power? Why are there so many comments from people about how excited they are about this film? What did you see in this trailer that I am missing? Is there some Pied Piper-esque frequency that I didn’t pick up on?

I understand from the actors’ side why they would choose to be in this production. The live-action Disney remakes have been making bank. The Jungle Book (2016) brought in $966.6 million, Cinderella (2015) $543.5 million, and Beauty and the Beast (2017) pulled in $1.264 billion (even though it received mixed reviews). There is also A LOT of anticipation for the Aladdin and Mulan live-actions, coming soon. This trend is disturbing, not just because the case for originality is up in the air, but because you cannot rely on nostalgia alone to re-create masterpieces. Beauty and the Beast definitely taught us that, with its horribly miscast actors and subpar singing. Are sentimentalities really such a strong push for us to spend millions at the box office? Especially for an avian elephant with a shy and forgettable personality? I guess we’ll see. Time will tell if this film will soar. 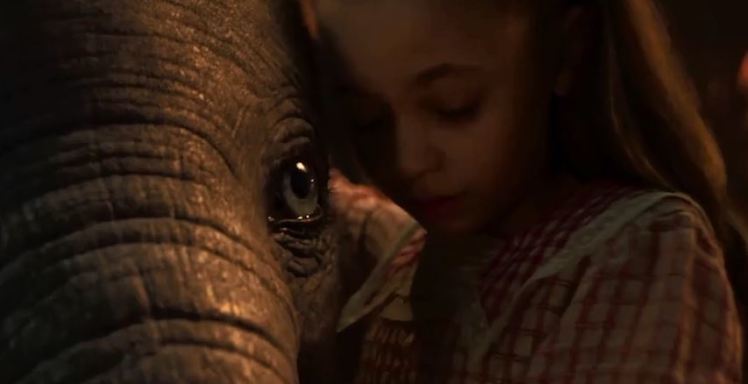