Looking for a Group

It’s safe to say that many in the nerd community passed their time during 2020 building community through tabletop & video gaming. Pairing these pastimes is Wizards of the Coast’s Dungeons & Dragons: Dark Alliance. Development on this multiplayer dungeon-crawler began well before the pandemic. In a post-quarantine summer, however, has Dark Alliance missed its attack of opportunity?

Over the years, the world’s most prolific tabletop RPG has had many digital forms. Dark Alliance’s main selling point is to offer playable versions of the popular adventuring party from R.A. Salvatore’s Icewind Dale series of novels. Players can select the dark elf rogue Drizzt Do’Urden, dwarven fighter Bruenor Battlehammer, and two humans: the ranger Cattie Brie, and Wulfgar the barbarian.

Each character is a hybrid of archetypes from D&D and action-brawling video games, with their own moveset, equipment, and character sheet. Together, the group must stop various factions — the titular Dark Alliance — vying to possess a dangerously powerful artifact across a multi-chapter campaign. As you slaughter your way through this fantasy aesthetic, it invokes D&D’s mechanics of combat and leveling up.

Combat in Dark Alliance comfortably translates to the staples of modern action games. Light, heavy, and special attack combos mix with dodging, blocking, and parrying to make up your moveset. There are even team attacks and an Ultimate meter for extra damage. Gameplay builds out a chosen character with experience points to raise character attributes and unlock skill trees of new abilities. Traversing each dungeon also rewards the player with an assortment of loot.

Loot is tied to one of the more interesting mechanics in Dark Alliance. At certain points in a level, the game will offer a short rest in the form of a campsite. The rest stop refills health and consumable items, but skipping it increases the rarity and frequency of loot dropped in a dungeon. These individual pieces of armor and weaponry can be leveled up, but odds are anything below a certain color of rarity will be sold at the game’s hub between levels.

Combat and looting make for a familiar game loop, but Dark Alliance struggles to connect the dots. Barely a month beyond the game’s release and multiplayer sessions have become ghost towns. Cutscenes and the limited character interactions that start each level never feel coherent with the overall narrative. Enemies lag between ‘standing still while getting beaten to death’ or ‘putting players flat on their backs in one shot.’

You’ll want a group to survive, but good luck getting one.  The game restricts one player of each type for a group — should you main a particular character that someone else has already chosen, one of you will be pairing up with the least popular player character (it’s Wulfgar). If you have 3 friends to play Dark Alliance with, you’d be better served starting your own D&D game.

Cover image via Wizards of the Coast 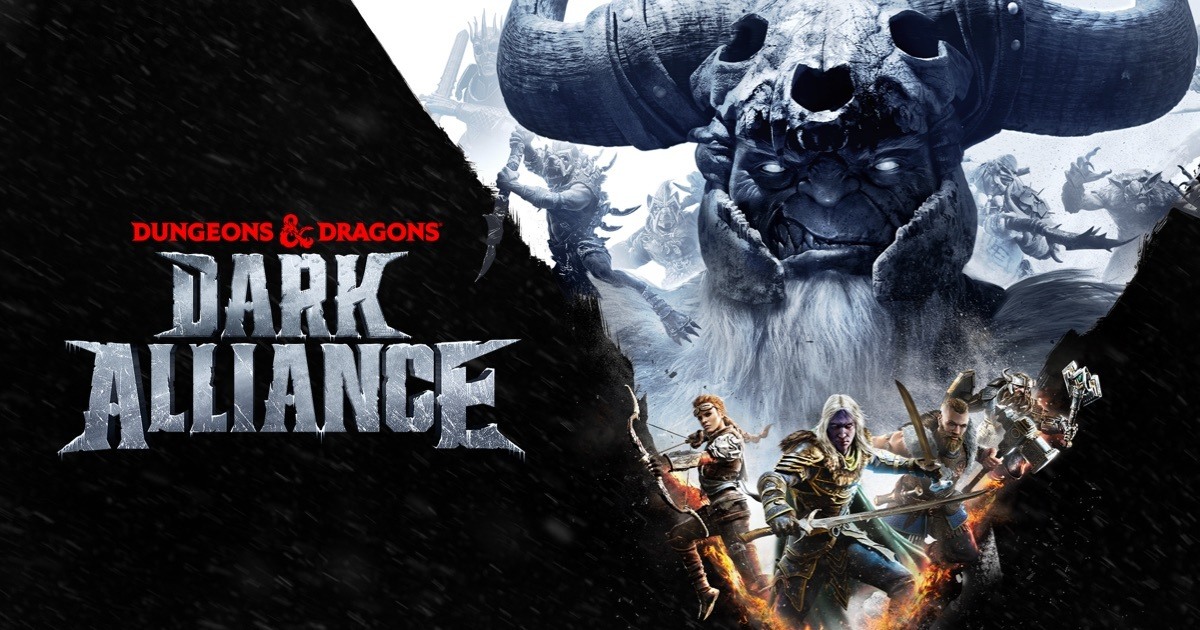