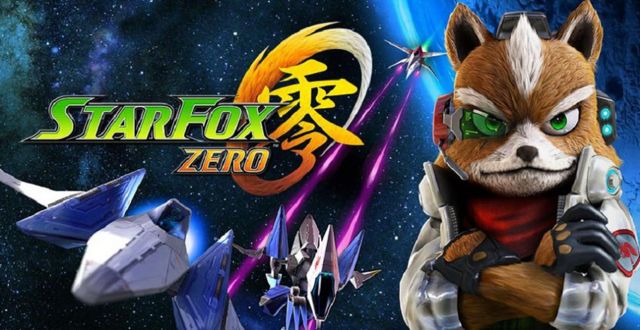 So, Nintendo is pretty much known for their easy-to-learn games — games you can just pick up, play, and know exactly what to do while having fun! Star Fox Zero for Wii U, unfortunately, is not one of those games. The controls seem like they would take some getting used to, such as using the analog sticks, buttons, and the motion sensors while looking at two screens to master air combat. From what I understand, here’s how it works:

The GamePad is used for the first-person cockpit view, and the TV screen shows cinematic views. You can move your ship with the left analog stick, and thrust and brake with the right analog stick. When shooting, you have to tilt the GamePad in order to control your aiming, and there are button combinations that help you perform ariel tricks. So far these controls seem very confusing but I’m sure if you’re a pro at using the GamePad, it’ll be fairly simple.

But I feel like these controls can cause so many issues. The GamePad calibration probably won’t be on point and there may be issues with flying in certain directions, looking at the wrong screen, or just not knowing which screen to look at! I know Nintendo is trying to make the most out of the Wii U’s GamePad, but I feel they should retune the control scheme. It’s just too much! No one wants to play a new game and get frustrated right away.

I do applaud them for trying to bring back Star Fox at all, but as a big Star Fox fan I’m disappointed by the outcome of this game. I know they thought it was cool to make the airwing have the ability to turn into a chicken, but I’m not impressed. The setup looks like there could be some potential for a co-op feature so it would be cool if they added that. At least that would make the controls less frustrating.

Anyway, I hope Nintendo revisits some of their controls before releasing this game. Honestly, there will never be a better Star Fox game than Star Fox Adventures. That game is where it’s at!