Well, they can’t all be game-changers. After some incredible issues that featured the Babylon the Beast (and some deceiving cover art this time around which this title doesn’t usually do), the story goes back to the larger world. But because we have zoomed out on this enormous plane doesn’t mean a whole lot happens, because it doesn’t. Is it interesting in its set up for things to come? Sure. But this was that one issue we get every seven issues or so that is basically a huge throat clearing and paving the way for more productive events to transpire in the future. We do get our first look at The Machine City of the Endless Nation for the first time, but too much of it. What really stands out is the origin of the Widowmakers, as we have learned how they are forged and what their purpose is. Makes you wonder how many Widowmakers are walking around and in what Nations. 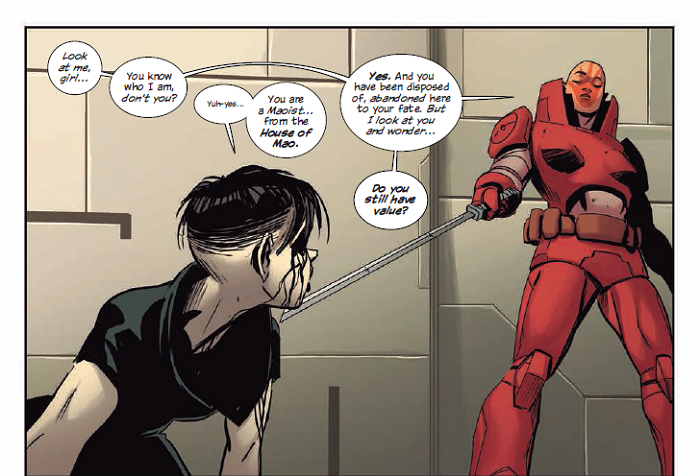 Dragotta is his usual stellar self, even if he’s not given a ton of new stuff to do. His interpretation of the Machine City is awesome and haunting, but we get such a limited look at it. The imagination involved is always so fascinating (nice shot of the creature from the Deadlands as well), but the scope was much more limited this time around.

This issue was almost 100% setup with no real forward movement of the plot. Still gorgeous, still interesting, but not a whole lot that was new to hang your hat on.