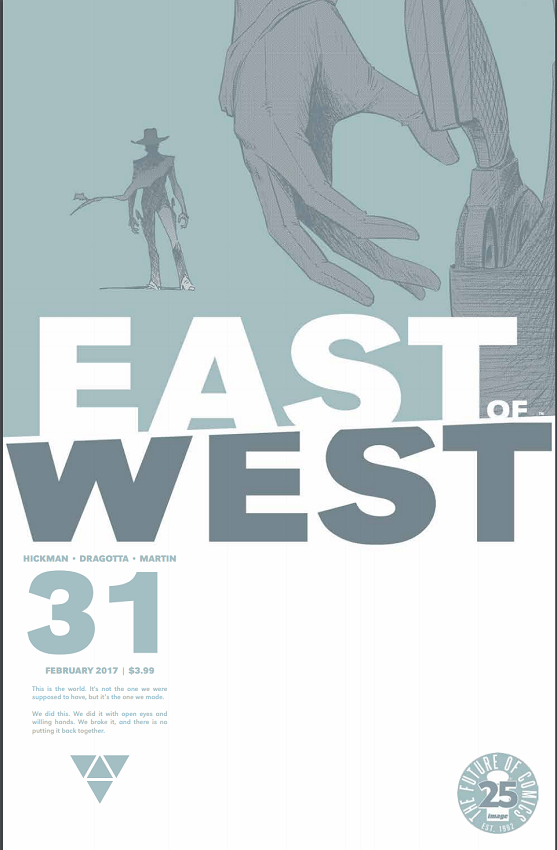 After so much break neck action and political maneuvering, I really thought we were in for a much slower paced chess match between heads of state. It starts that way, but my lawd, does it end up somewhere else. The set up is simple. The war is starting to put strains on the nations. Not just from a fighting perspective, but dealing with civil unrest in their respective territories. Some more than others. 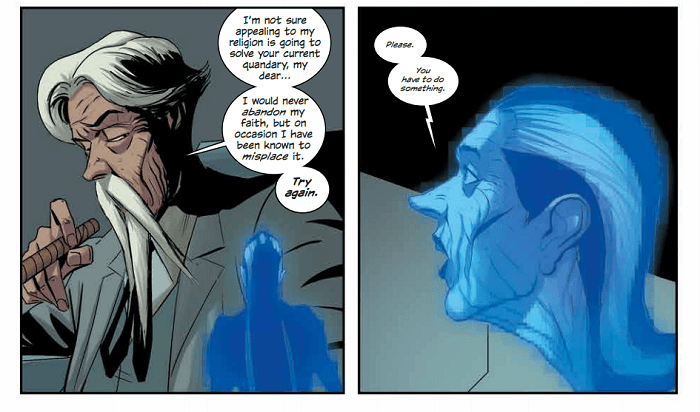 If you think of this book as three parts, the poltical maneuvering, the action and the inventive and weird world it all inhabits. We got doses of all of the above in this one. What also was cool about this episode is that this wasn’t a collection of stories happening in the world, but a single thread that is pulled on and pulled on all the way to its conclusion. We got showcases of familiar personalities and some great moments from some unknown as well, all leading to an ending that changes the game for following issues. 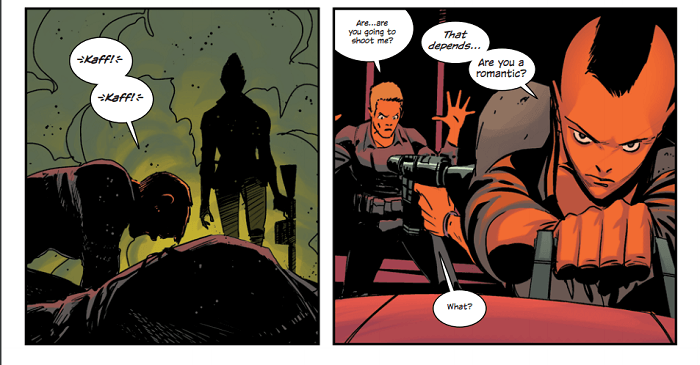 Dragotta is so good. Soooo good. He navigates so seamlessly between conversation atmosphere and high octane moments. There’s a mix of brutality and hero poses that he pulls off like few in the industry can. With such lofty and ambitious ideas in this book, it takes someone this skilled to match the narrative and he does it in spades.

Another great issue of East of West that keeps this war entertaining and unpredictable. There’s not many books that have kept a story like this fresh and engaging while navigating in the same story.

Reading East of West? Find BNP’s other reviews of the series here.