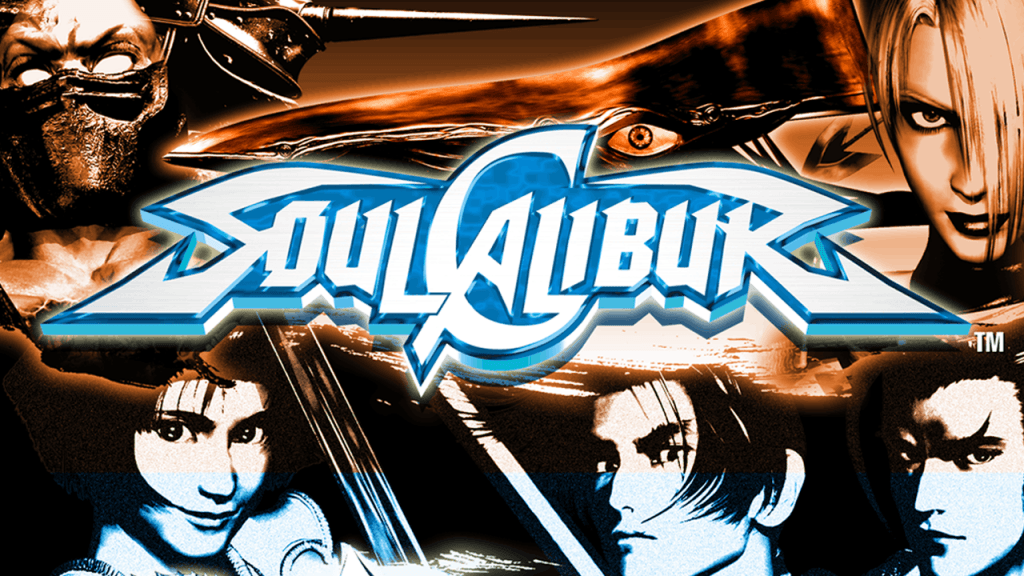 Folks got some big ideas about which fighting game gets the top spot. Jordan swears by Street Fighter and Kendall is Team Tekken. It’s cute how they’re so bold in their wrongness. I’m diving right into this Staff Beef but, unlike those two, I’m showing up armed.

If Tekken 3 is G.O.A.T. and Street Fighter is God, then Soul Calibur is the God-Slayer. I’m throwing down the gauntlet on this shit! Soul Calibur leaves the rest of these fighters in the console dust. I should know. Your girl is a fighter connoisseur. These boys talk a big game but let me lay the real facts out and shut this mess down once and for all.

Soul Calibur has some of the smoothest controls you’ll ever lay thumbs to. Like smoother than a fresh jar of extra creamy Skippy. I’m talking near-complete freedom of movement. No rolling twelve times to get away from your opponent. Just run around behind that mark and mollywhop the shit out of him.

And these combos. All the flash, finesse, and utter disrespect of a Mortal Kombat Fatality minus the timer and the ludicrous button sequences. Real talk, I only know about four basic ass combos for two Tekken characters and I had to work hard for them shits. Do you know how difficult it is to hand out a satisfying beat down when you only know the four easiest combos? I shouldn’t have to train with King Kai just so I can beat my cousin Clarence in a goddam fighting game!

You know who can learn combos in Soul Calibur? E’rbody. And not just the basic ass, three-hit, XOO combos. Soul Calibur’s intuitive controls let you stunt on your friends in some of the most disrespectful, humiliating ways. And if you’re a closet supervillain like me, you can’t just defeat your opponent. You must destroy his spirit.

“Them fighters might can run but them fighters can’t hide.
It’s like shooting yourself, it’s a suicide.”

I won’t go too far into stats because what matters most is that this game has my heart (and the hearts of MILLIONS). But I will say that Soul Calibur is one of the most critically acclaimed games of all time. It scored a 10/10 from GameSpot and IGN and is the second game to earn a 40/40 from Famitsu. You know what the other 40/40 game is? Legend of Zelda: Ocarina of Time. How’s that for elite status? Soul Calibur is also the highest scoring game in the fighting genre according to GameRankings. Sorry ’bout it, Tekken 3 and Street Fighter. Is that silence from the haters?

Still got noise to talk? Fine, let me dead this shit right now.

“I’ll take your man, that’s right but just for spite
because you tried to diss me when I was on the mic.”

The versatility and variety of Soul Calibur’s roster is epic. This game makes character selection an art and a strategy. You don’t have one favorite, you amass a “Hit Squad.” Master a long-range, mid-range, and close combat character and get ready to dominate. Let your opponent pick first take advantage of their characters’ weakness. Beat their ass with Maxi when they pick Kilik then whoop ‘em with Kilik when they pick Maxi. It hurts more that way (because I’m a super villain).

And if we’re being truly honest (which we are right now, come on) the first thing that launches stratospherically above the rest: weapons. Fist fights are fine but they lack the visceral pleasure of beating someone into submission with a tambourine or bladed hula-hoop. Soul Calibur lets you live out all your ninja, knight, warrior monk, undead pirate fantasies. Hell, they even managed to make a gun-blade that actually looks you’d actually want to pull out in a fight (sorry, Squall)

But the ultimate show of why Soul Calibur is once and future king? It’s got all your favs from other franchises. I’m talking Spawn, Link, Yoda, Darth Vader, Enzio Auditore, and Kendall. Sorry to break it to you but six of your beloved Tekken fighters hopped up on that Soul Edge D. Like, basically the whole Kazama family plus Xiaoyu and King II. It’s hard knowing you’ve been stepped out on (six times over at that, rough) but them’s the breaks.

You know your game is fire when everybody’s trying to get in on the action, regardless of console. Remind me, how many guest characters did Street Fighter have? I’ll wait.