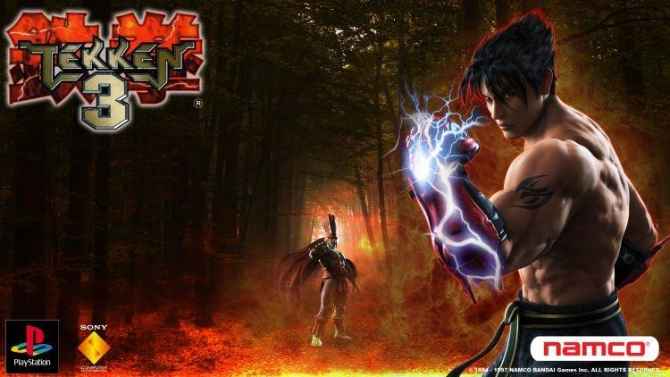 There are definitely some honorable mentions in the genre. Mortal Kombat, Soul Calibur, Marvel vs Capcom, and Street Fighter all deserve a laminated jersey in the Hall of Fame. But you don’t disrespect Gawd. Lightning never strikes twice and that’s the whole truth about the Tekken franchise along with the fighting game genre. Roster!? Stacked! Gameplay? Trailblazing! Stats!? You don’t want this problem! I’m talking 15 years on the map and Namco nor anyone else could never recreate the perfect storm that is Playstation’s 1998 Tekken 3.

Let’s just talk about this roster. Out here looking like the Bad Boy Pistons and 96 Bulls got immortalized. Tekken 3 gave us the most impressive fighting line up known to nerds everywhere and most of them were rookies that went on to be franchise players! These fighters are nothing but WORK! Bryan Fury’s right arm is made of 100 percent work. The young capoeira lord himself Eddy Gordo re-twist his locks with coconut oil, bees wax, and WORK. Forest Law is Bruce Lee’s animated cousin’s fighting style is a crossover between Wing Chun and WORK! Hwoarang been slaying folk with Tae Kwon WORK for over a decade son! Ling Xiaoyu is arguably one of the fastest martial artist in the genre and has been delivering nerds straight WORK since she was 16!

On everything I love, King II will Wrestlmania 13 Stone Cold Steve Austin vs Bret Hart your favorite character. His whole move set is nothing but Work! NOOOO BODYYYY wants it with Jin, Pre or Post demon resurrection. His style, his moves, his demeanor, all force you to understand that you are going to get nothing but Lux third round. There were fifteen brand new characters in the 3rd installment. Who else you know wins a championship with the starting 5 and whole bench is filled with rookies!?

Tekken 3 is the one arcade game closest to game play perfection. Super-fast action, 3 dimensional side stepping, and command responses smooth as MJ’s moonwalk. Even more so it’s as close to genuine fighting as you can possibly get. Unlike many other games in the genre there are no ridiculous super powers. No unblock-able moves. Most importantly you can’t jump a billion feet in the air to dodge an attack or get closer to you opponent. If you want to put the paws on’em you have to step up and catch these hands one on one.

Also since you are jumping at a reasonable height it made the combat more intricate. Side stepping, ground rolls, throw breaks, combos, and so on were so much more important to use because you couldn’t just leap to safety. In addition, Tekken 3 perfected the juggling formula on console fighting games. If you got got then you got got. Dassit!

Aside from the incredible story line of the Iron Fist Tournament and how all the characters weave into each other’s lives so significantly, Tekken 3 gave us the crack that is Tekken Ball son. DO NOT SLEEP ON TEKKEN BALL. That mode could have been a whole separate release but Namco held us down and knew “they” didn’t want us to have Tekken Ball. So we got Tekken Ball. And on top of that Tekken Force was lit too! There were whole fried chickens laying in the street as you went along and laid the smack down on folks. We basically got 3 separate but equally lit games for one. Tekken 3 even hit you with the historic soundtrack and sound effects so good you would think Timbaland made em. 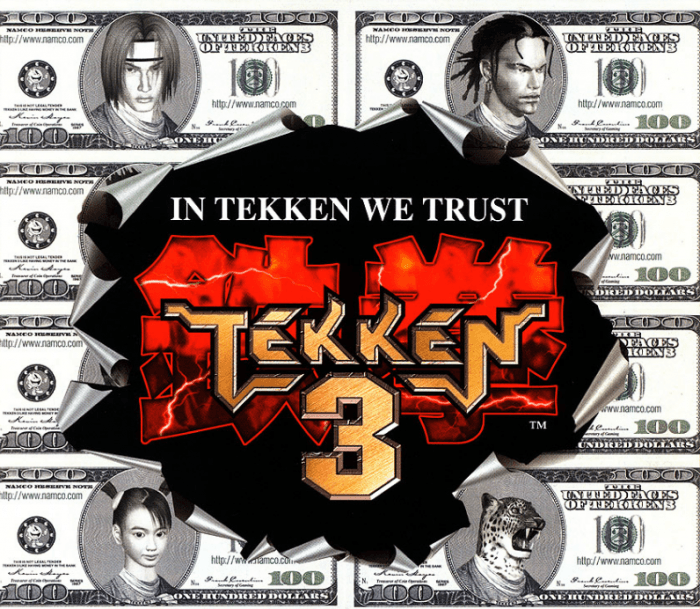 You got beef with my statements then you’re gonna have to take it up with my cosigns. Metacrtic ranked Tekken 3 as the 2nd greatest Playstation game ever. Electronic Gaming Monthly gave Tekken 3 a perfect 10! The only other game to ever do that was Sonic and Knuckles. What Culture Ranked Tekken 3 as “the best video game of the 90’s.” Playstation: The Official Magazine said it was “…one of the finest fighting games of all time.” In ’09. Son, Katsuhiro Harada, producer of Tekken, said Tekken 3 sold 8.3 million copies. Second highest sales of all time right behind Super Smash Bros Brawl. That means if Tekken 3 was in the music industry it would have almost went diamond! This game doesn’t have a resume. It’s a scroll worth of straight heat!

Street Fighter, MK, Marvel vs Capcom, Smash Bros, errbody else, I’m really happy for you. I’mma let you finish, but Tekken 3 was the greatest fighting game of all time!

Let me know who your favorite Tekken character of all time is in the comments or on twitter.