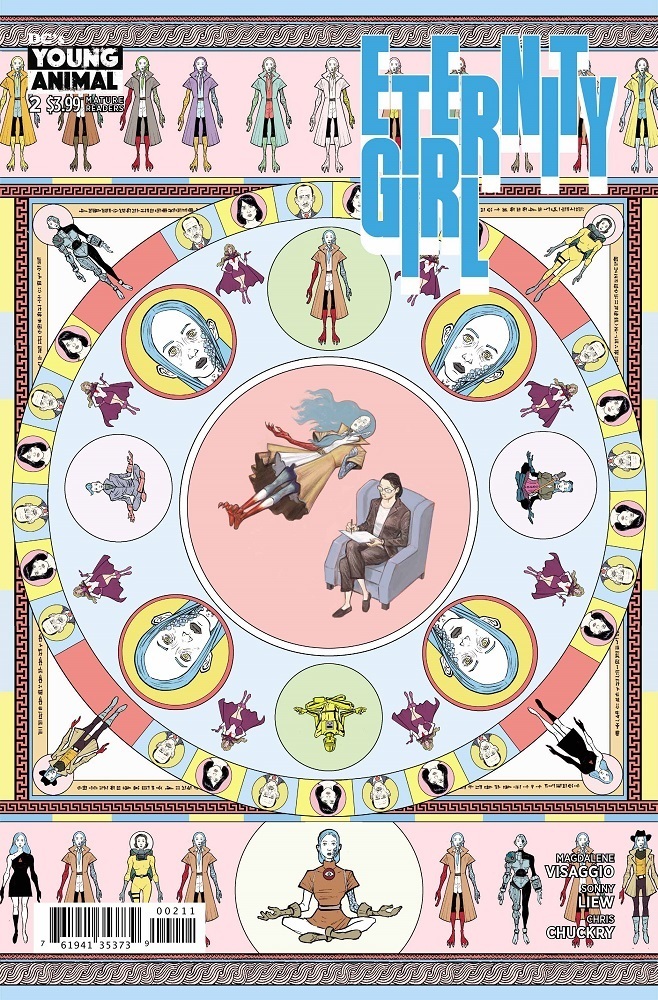 I am not this body. I am a pattern. A wave function. A signal.

After the lion’s share of exposition in Eternity Girl #1, Visaggio opens Eternity Girl #2 with what I consider to be one of the greatest visualizations of catastrophic thinking in multimedia, quickly followed by literally every introvert’s reaction to having plans with a friend that requires going to a public area. Needless to say, all the prerequisite world building taxes have been paid and I’m really enjoying the direction the story takes.

Eternity Girl’s existence feels like a continuous fugue state. Moments blend and bleed together and the mind drifts to all sorts of places. Visaggio more fully develops the sense of stagnation and the lack of direction that often occurs after a trauma and is able to guide us through a much more accessible arc in an uninterrupted train of thought. Liew’s surrealistic art helps maintain the suspension of disbelief and seamlessly showcases trippy out of this world set pieces and the local comedy club downtown your friend is always inviting you to. It is significantly less disorientating than it was in #1 since we get to linger on a particular style for a little bit longer before the pivot. 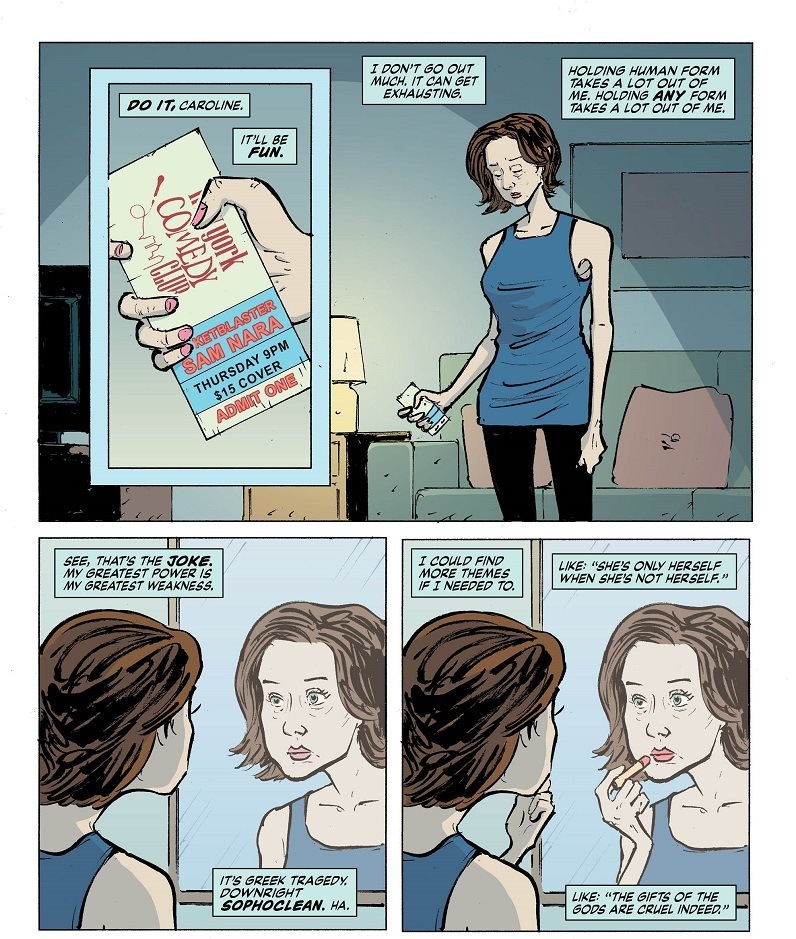 Yet, my favorite aspect of this issue is how it examines the idea of self. Visaggio riffs off the Multiverse and presents this idea that there are millions of variants of ourselves. That we are merely one version that emerged from the strange starting conditions of the universe that Chaos Theory sparked into existence. The entire issue makes clever references to quantum mechanics with a distinctly comic-book overcoat and shine, and I’m falling for the sentient intrinsic field.

It’s hard to predict where exactly the journey will end, but I’m now completely ready for stuff to get even weirder.