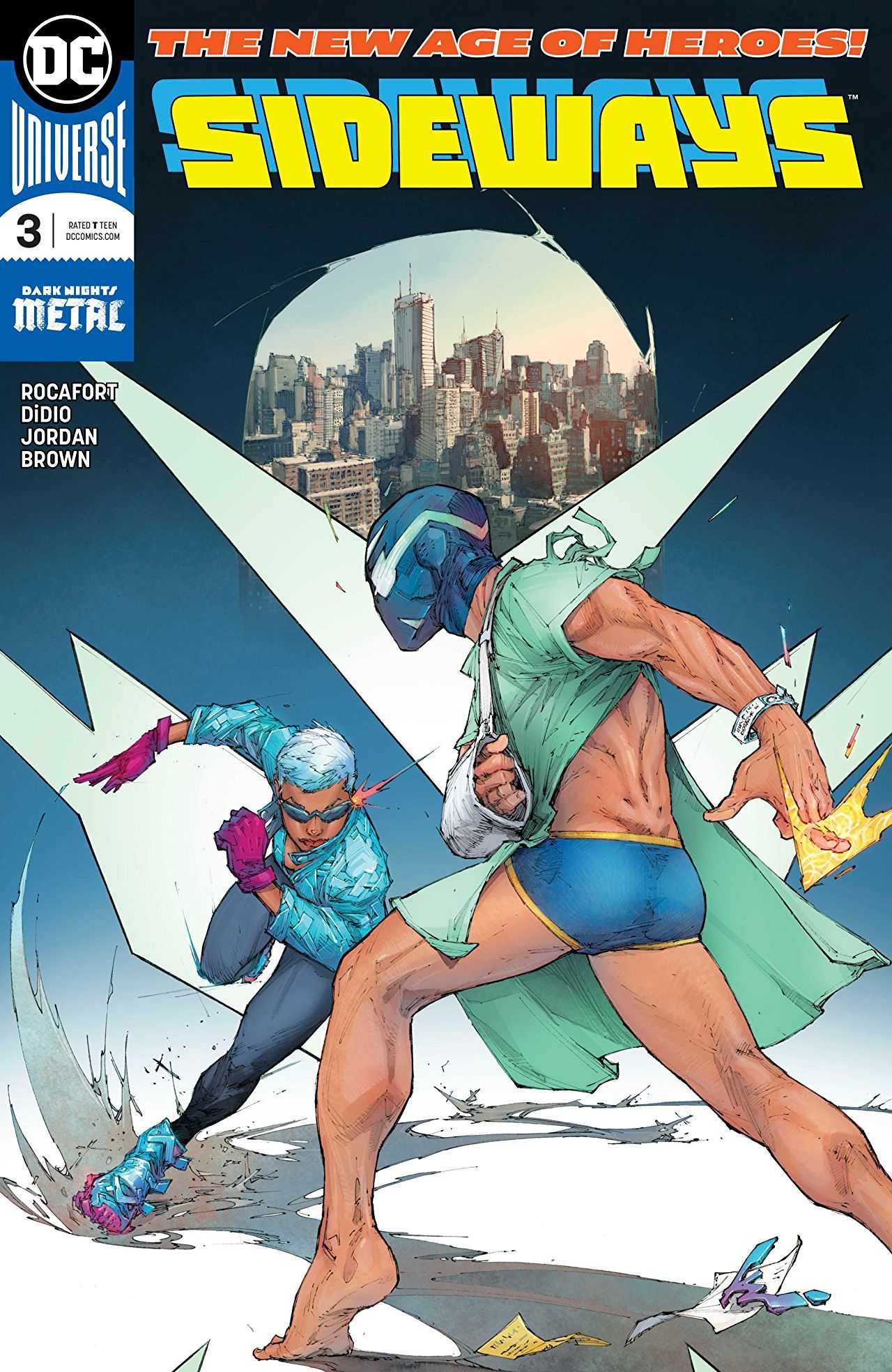 End of the Arc

The first story arc of Sideways comes to a close. Ultimately, these 3 issues are a pretty satisfying romp and a teaser of things to come. As the new superhero on the block, Derek brings a good amount of fun and optimism to the DC Universe that you don’t often see with some of the bigger heroes. His nonchalant attitude doesn’t seem to be going anywhere and is even growing on me.

It’s a bit appropriate that the follow-up to going against Tempus Fuginaut, the almighty monitor of the boundaries between dimensions, is a by-the-numbers villain like Killspeed. It feels like a nice balance of small and big-time threats for our would-be hero to come up against on his first adventure. We get to not only see what Derek is capable of as Sideways but also see more of his personality as a hero. 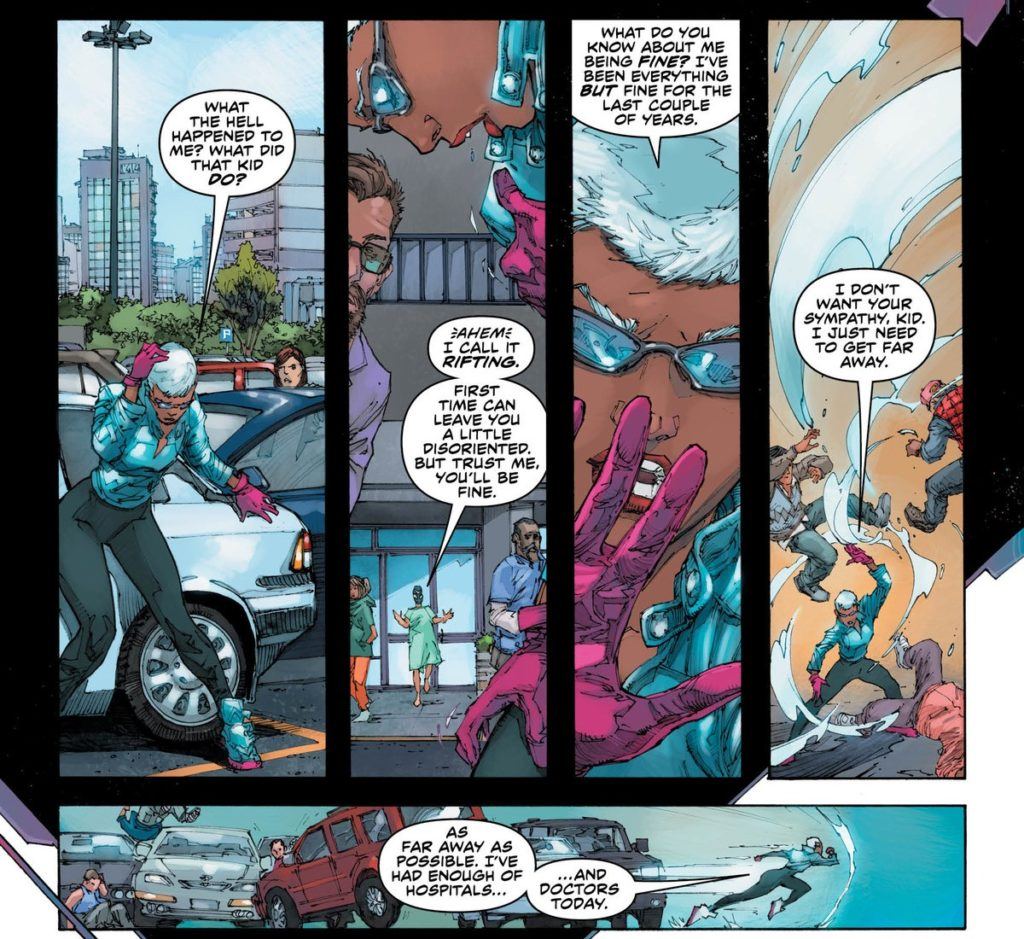 Oddly enough, I really like Killspeed as a villain and hope we get to see more of her in the future. Yes, there are a lot of speedsters running around the DC Universe but her backstory is interesting enough to make her compelling. Similiar to Sideways, her powers manifested from one of DC’s crazy events — the speed storm that hit Central City at the beginning of Rebirth. There’s an interesting parallel between how both hero and villain came to get their powers and dealt with the aftermath. For all the fortune Sideways enjoyed, Killspeed was equally unlucky.

The best part about his issue is that we get to learn more about Sideways as a hero. So far, the first two issues only told us that Derek is a YouTube junkie who is looking to get some hits online and is in over his head. When I first learned this, I cringed — IRL YouTube celebrities can be real assholes. However, in this issue, we see more of the hero. It’s refreshing to see him analyze the situation first and try to reason with Killspeed before resorting to the inevitable brawl. 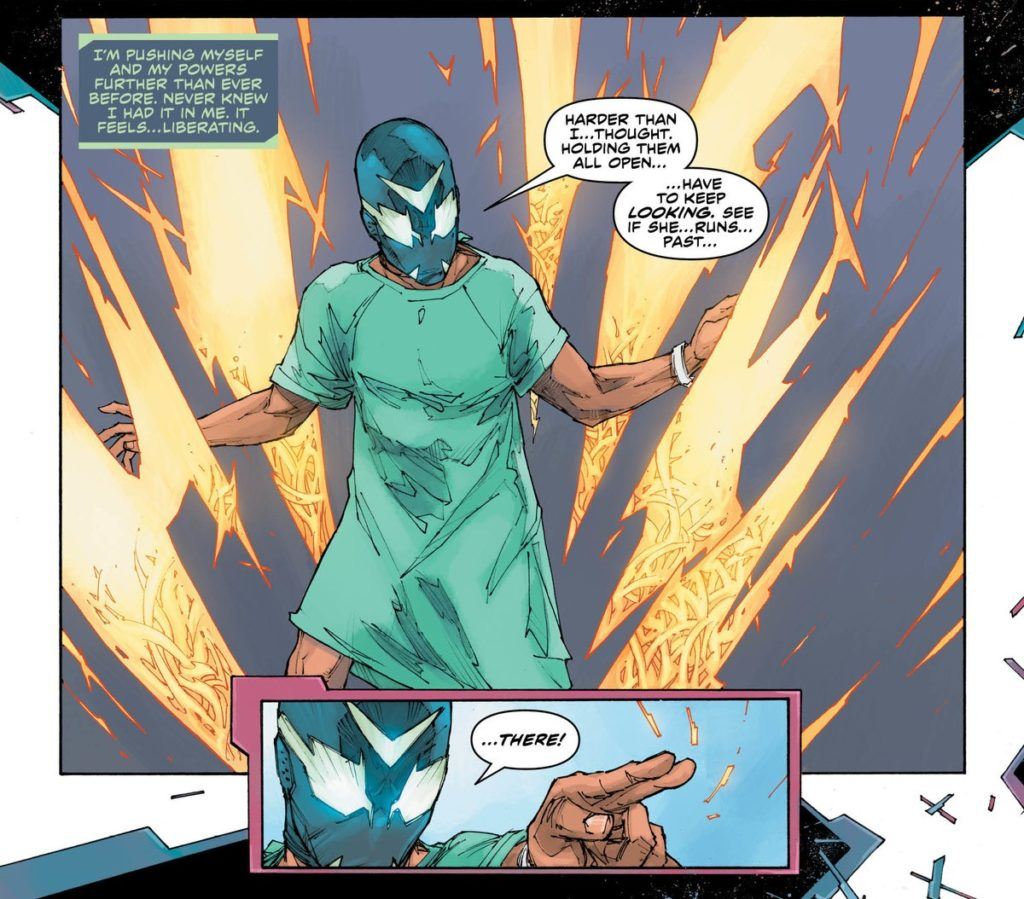 We get a ton of action in this fight too, which fits Rocafort’s art style more than the quieter moments. Tested against his first real villain, Derek takes the chance to explore what his powers can do. Rocafort has some fun with this and gets to play with speedster versus a guy who can make portals. I’m still really put off by the way he draws faces, especially when it comes to expressions but his action is pretty damn good.

Sideways has a pretty bright future in the DC Universe. He’s fun, different, and is going up against some interesting foes. I’m looking forward to finding out what he steps into next.