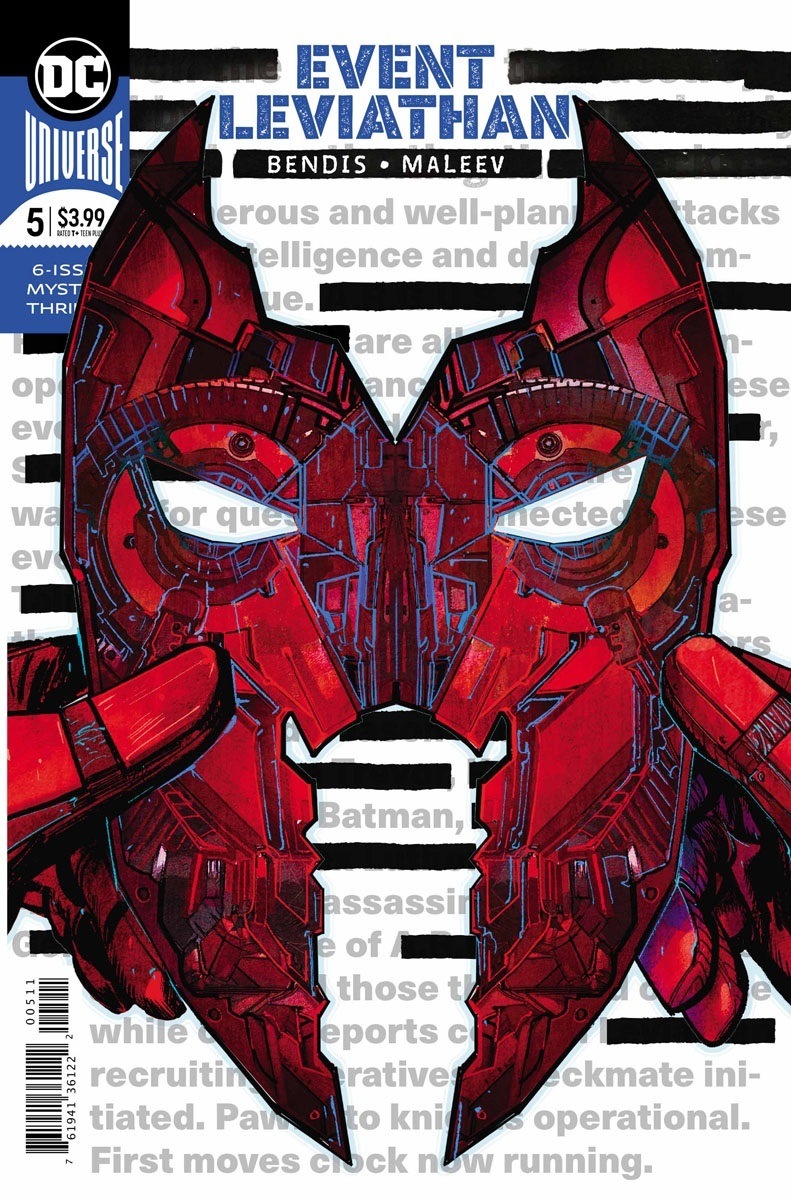 I don’t know if I’m jaded by over a decade of comic reading but I’m not easily surprised by plots. This issue of Event Leviathan, though. It had my heart racing watching these characters tensely figuring out who Leviathan is. I also find myself incredibly curious about what Leviathan’s plan is. Here I was thinking I was simply enjoying the quality art and storytelling but partway through this comic it hits me; I’m legit invested in this. 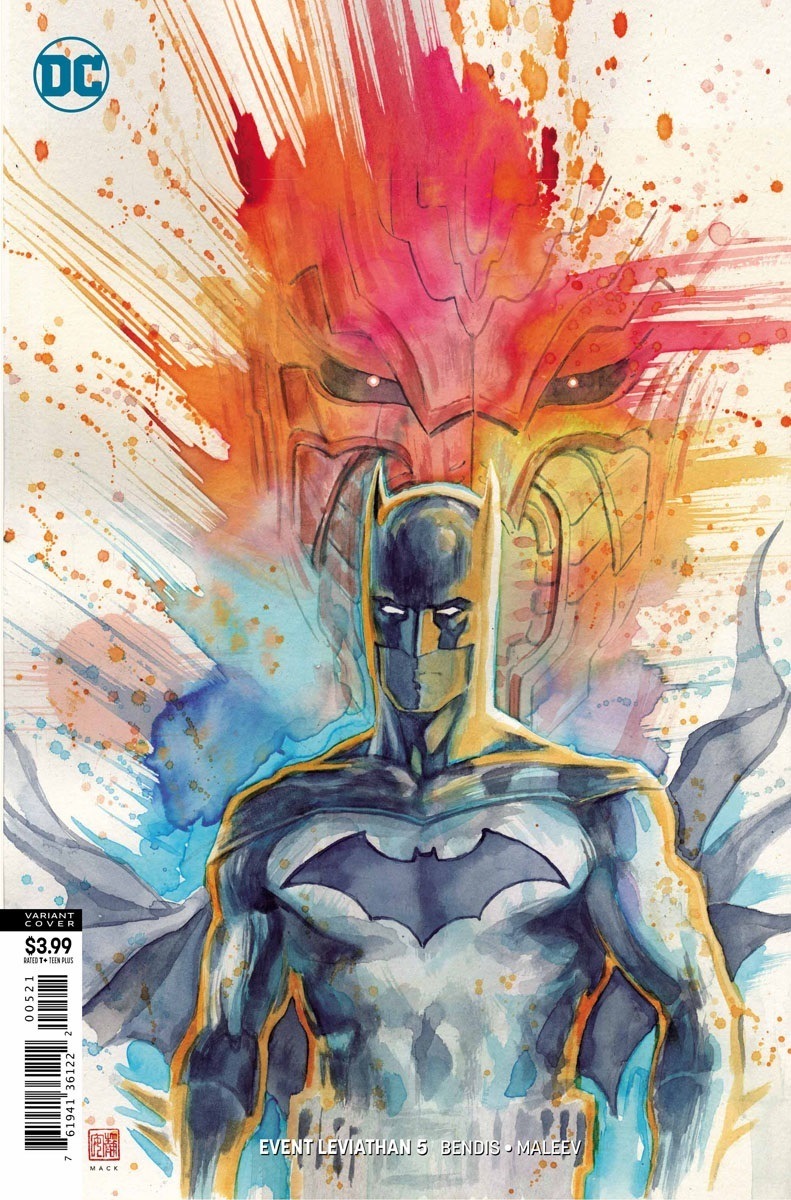 Bendis and Maleev bring us the 5th issue of the Event Leviathan mini-series. Last issue, we’re introduced to Lois Lane’s separate team of detectives; Zatanna, Constantine, Deathstroke, Harvel Bullock, another Question (there are multiple?), and Elongation Man. They point Lois in a direction she is not ready to go. Meanwhile, Superman and an unconscious Plastic Man are confronted by the masked Leviathan. The main detective squad is piecing together a connection between Leviathan and one of their members before another party attacks them, apparently reaching a similar conclusion.

What can I say about Maleev’s art that hasn’t already been said? It’s gorgeous and iconic. I always think back fondly to the days he was drawing Infamous Iron Man, Daredevil and Alias. I thought Bendis might have been overreaching with the addition of 6 more characters but it worked. The panels weren’t crowded with text and the plot went along swiftly. One thing I noticed is that I absolutely love a polite villain. Leviathan speaks with so much respect and deference to Superman that it’s hard not to like them. It’s also interesting to watch Superman one step behind these guys and their nondescript tech that allows them to evade him. After sitting with it I find a political parallel in Leviathan and Superman’s discussions. The former’s insistence that the world should be improved by largely dismantling systems bumps against their subtle charge against Superman of working within the existing system to improve it. I couldn’t help but hear echos of the Democratic debate and a lot of politics, domestic and international faced with similar alternatives. 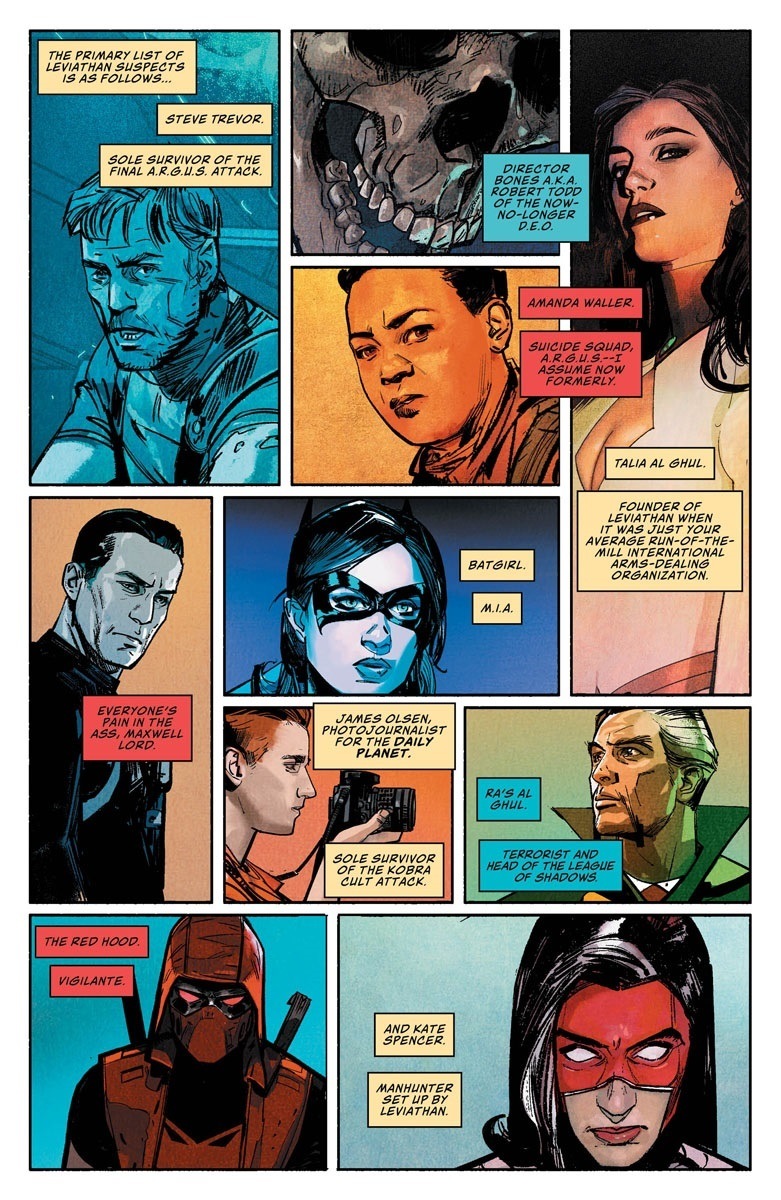 I’m enchanted by the creative destruction of existing systems, especially when the systems are rooted in white supremacy. A side effect of my political leanings is that I’m genuinely curious about what Leviathan’s plan is. Sure, if he wants to brainwash and subvert everyone in classic villain fashion I’ll be rooting for Superman to deliver a righteous and plot-foiling punch to the face. But I’m open to a New World Order and that makes this plot interesting because with the amount of inequality and injustice in the world millions of people are open to the kind of radical change Leviathan promises in the real world.