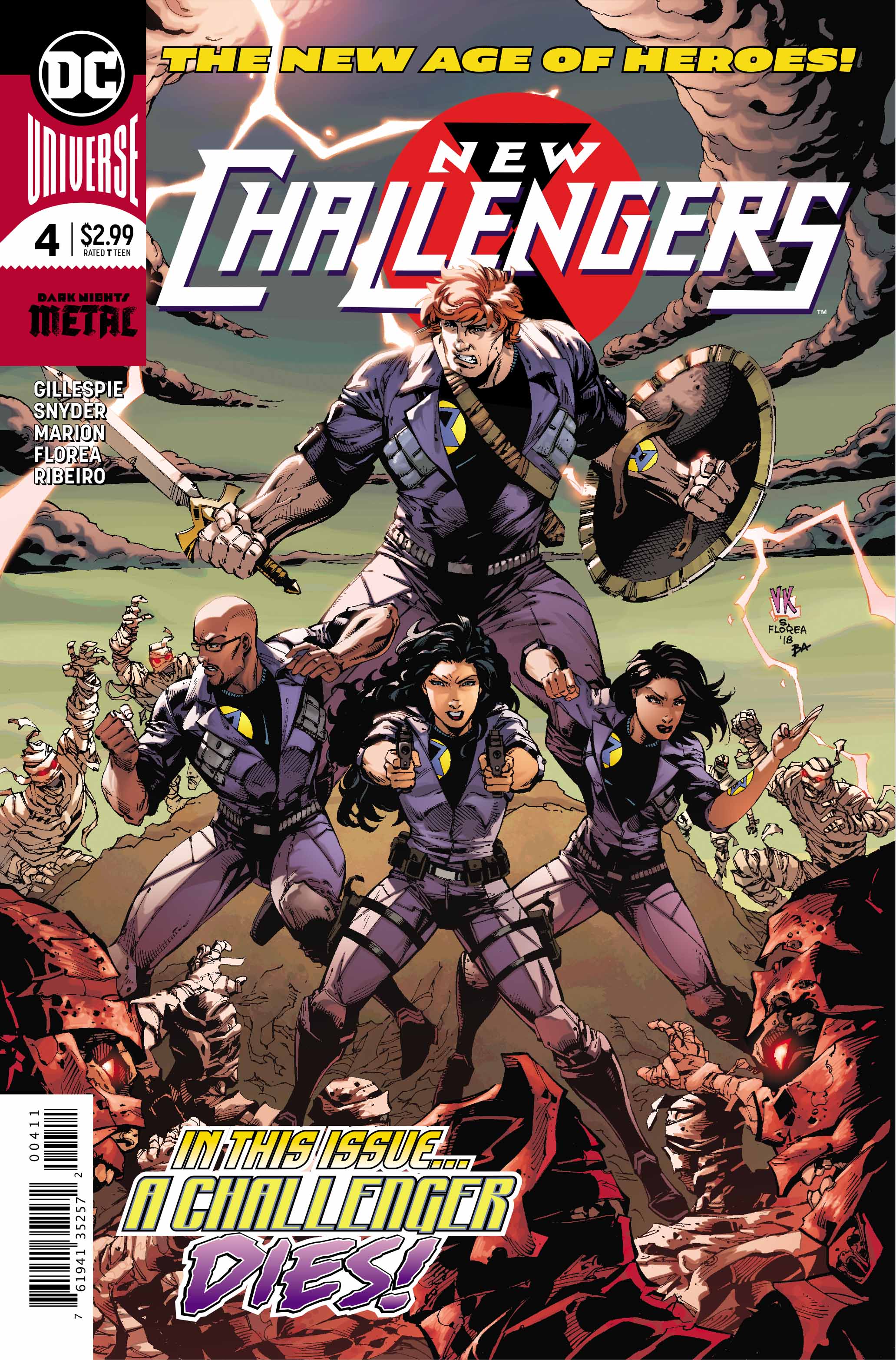 I have enjoyed every single one of the New Age of DC Heroes titles that have spun out of Metal. The diversity in the titles covers a wide range of characters and genres, each one endearing in its own way. It is a wonderful mix of old school DC mythos reimagined for the modern aesthetic, none more apparent than with the New Challengers.

No one will fault you if you’re not familiar with the original Challengers of the Unknown, a group of adventurers written by Jack Kirby (and friends). It’s a deep cut of DC Comics dating all the way back to the late 1950’s, where a ragtag bunch of misfits with a mysterious benefactor go to various locations to investigate different scientific and paranormal oddities. You’ve probably heard this pitch dozens of times, but listen: the trope works for a reason. The New Challengers succeeds in evoking this scientific pulp fiction. You can’t help but smile at the obtuse references and callbacks. 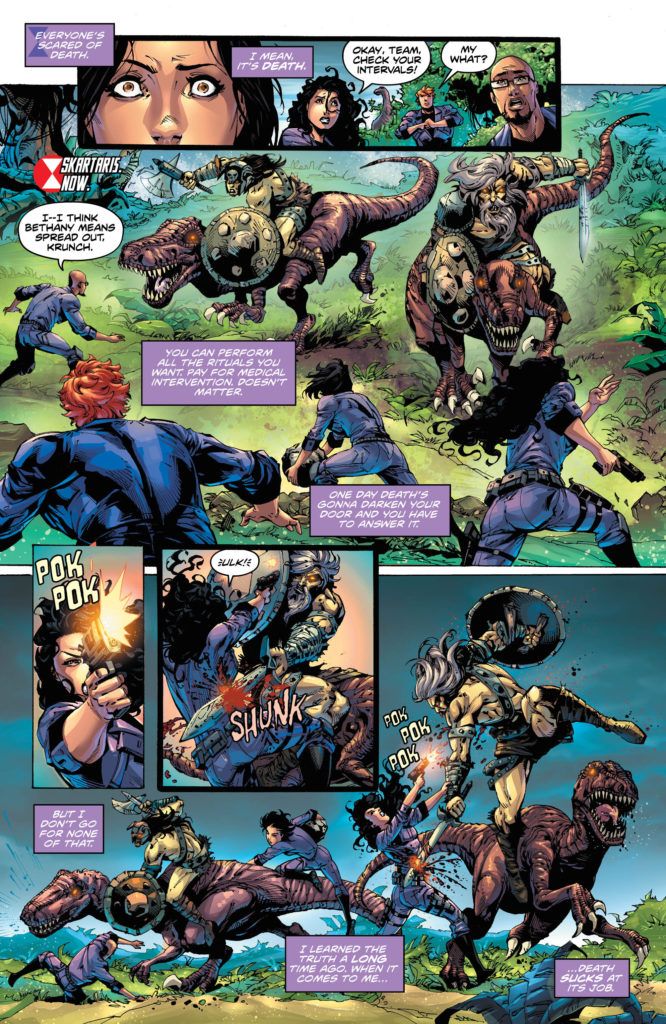 New Challengers #4 is primarily narrated by Bethany. Snyder and Gillespie’s monologue is a little on the nose at the times throughout the issue, but the camp works in the issue’s favor more times than not. Death is the focal point of the issue, but much like the original tarot card, this isn’t a literal interpretation. There are a lot of decapitated dinosaurs, mummified looking mooks, and other things, so Death may be a little literal. And again, each member of the team also has an hourglass tattoo. It’s campy. It’s still enjoyable.

Trina, Moses, and Krunch get some moments to shine, but the spotlight is really on Bethany. The glimpse into her backstory and the incidental interactions with the grander DC universe make for fun vignettes. Marion, Florea, and Riberio make all the panels pop with vibrant colors and expressive scenes that just make you feel at home reading classic science fiction stories.

Admittedly, you’re going to have to do some research to truly appreciate the scope of what’s going on. At the same time, there’s enough compelling character work to give you something to latch onto.