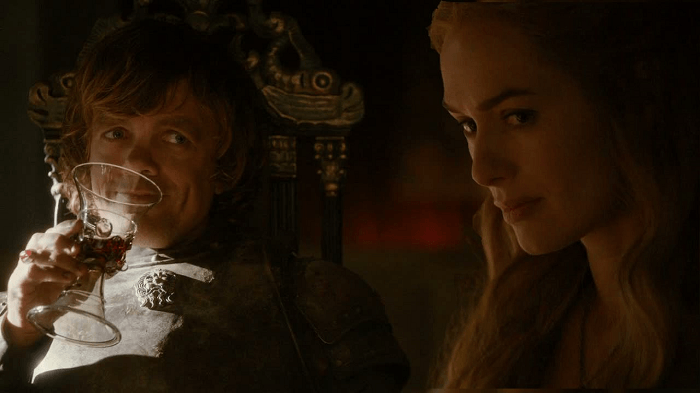 I would say that siblings are fun and wonderful, but that really depends upon how cool your sibling is. While genetically speaking, your sibling is supposed to be your closest ally; sometimes it’s that same genetic map that pushes siblings apart. And sometimes, siblings are about competition more than anything else. This doesn’t change in the Nerd Realm either. Comics, Fiction Lit, TV and movies, we’ve all seen them play off the traditional tropes of brother sister bonds on Corleone type of levels. They can range from Kane and Abel mythology through Sansa and Arya Stark and all the way down to Elsa and Anna. But those are pretty cut and dry, it’s the complex ones that give us something different and elevate a story.

I’m not even going to begin and take you through the labyrinth that is the Metal Gear mythology including why the most recent version of Snake is Jack Bauer now (even though I can because I too, have had a full Saturday to completely waste). What you need to know is that Solid Snake, the protagonist of Metal Gear Solid, wasn’t exactly born of virgin birth, but he was “engineered” to be the perfect soldier receiving all the superior genes of his twin brother. Guess that what left for twin in retrograde Liquid? All the shitty ones. You might feel some kind of way about that too. While there is a larger conspiracy at play (it’s Metal Gear, there’s ALWAYS a bigger story involved), this particular story at its root is about Liquid wanting to carve his own legacy and move from out of the family shadow, with or without Solid.

[divider type=”space_thin”]
Before we proceed and if we will continue to be family, I need you to accept a couple of things off the top. One: While Avatar: The Last Airbender is Aang’s story, the character with the most complete character arc is Zuko. We may meet him as he is a singularly focused caricature that is obsessed with capturing the Avatar, but his backstory and his motives make him much more sympathetic than simply being Aang’s antithesis. And Two: There are arguments to be made, but Azula is the best villain in the Avatar-verse to ever do it. Point blank, period. As Omar has demonstrated, it doesn’t mean other villains aren’t worthy of being in the discussion, but Azula is, by design, perfect.

While Zuko was the sweet hearted overachiever that loved his mama and always wanted to please papa, Azula was the prodigy that tormented Zuko and anybody else she encountered ever since her shade-bending came in when she was like 4. By definition Azula’s Bunsin Burner Blue Flame is tied with Zaheer’s flying for the most rare bending in the Avatar-verse since no one else has ever done it. Meanwhile, Zuko (along with Aang) refines his firebending from the Dragon Masters themselves and squares off against his unhinged sister in the ATLA finale. While Zuko became the leader of the Fire Nation, one of the great mysteries of The Legend of Korra was if Azula was still alive.

While they have taken some slightly different paths to adulthood, the Summers boys have for the most part been pretty close. Until that one thing happened. The one thing on the moon. That situation with the Phoenix in Avengers vs. X-Men…you know, when Cyclops merked Charles Xavier then stole his chain and his Jordans. That rift made AYEBODY re-examine their life choices, but notably, it made Havok say, “fuck this, I’m taking my talents to Uncanny” to play for Captain America in South Beach.

Havok got his own squad to command, and Cyclops became enemy of the state and the face of the New X-Order, becoming even more aggressive in recruiting mutants to his cause. And then they basically acted like the other didn’t exist anymore until they had to fight alongside each other when Red Onslaught turned his chill all the way off. We’ll see how the two resolve themselves now that inversion mercifully is over and everyone is a little less of an asshole then they usually are. We think.

Suyin and Lin Beifong – The Legend of Korra 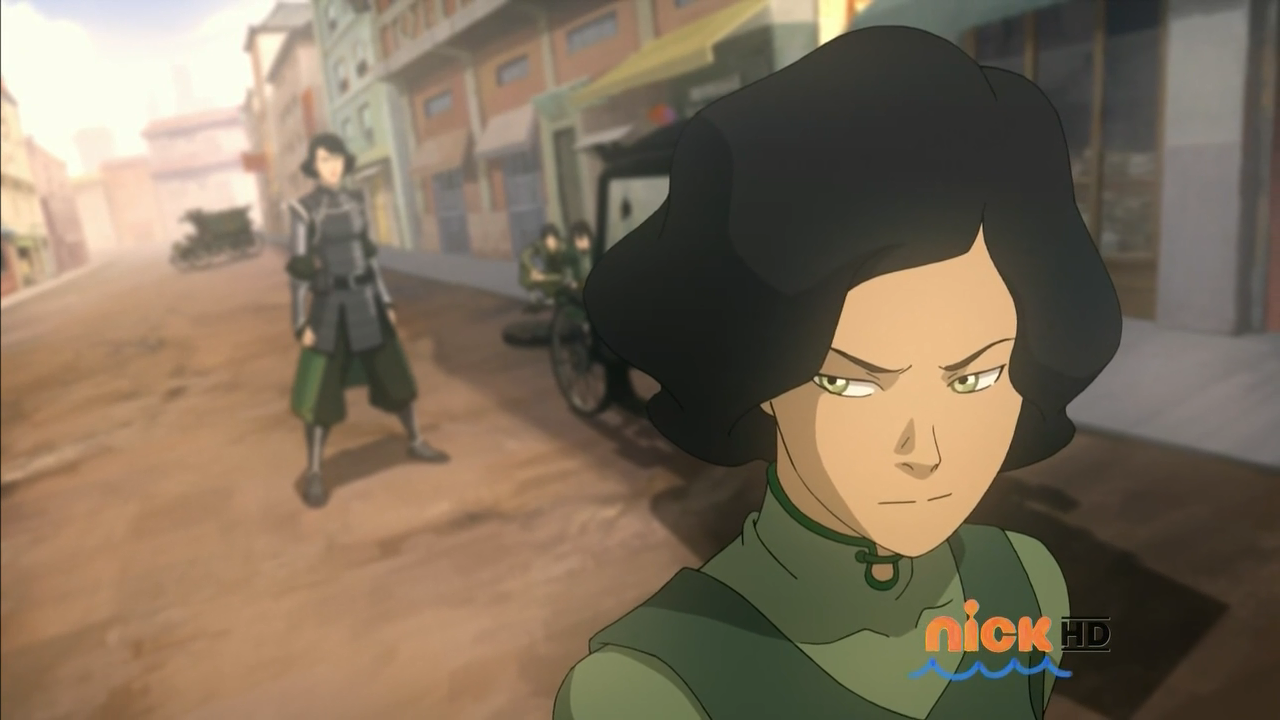 Through numerous recaps and features, the site has covered this relationship extensively, but here’s what needs to be said: If Toph Beifong was Zeus, then the riff that once existed between Suyin and Lin was like Artemis and Aries not speaking to each other for a few millennia (yes, I’ve been influenced by Matt Fraction’s ODY-C, deal with it). That was over 20 years in Earthbender time and while Lin was trying to follow in her mom’s footsteps as “real police”, Suyin was busy getting her Lindsay Lohan on and escaping all her misgivings with the same kind of privilege. Advantage Lin, right?

Well, while Lin dedicated herself to the work, became police chief of Republic City and had a one time thing with the oldest living airbender, Suyin left the carnival, got married, had a small village of children and then built the most advanced city in the world. Congratulations on doing things the right way, Lin. The bitterness boiled over in “Unfinished Business” when Lin was still tipsy off bad memories and acupuncture and attacked Suyin after metal bending school behind the bike rack. The fight was pretty epic and even made our list of best fights from Korra, but these sisters eventually patched things up and teamed up to bring down bigger threats over the next couple of seasons. The Black Planther siblings are a curious case in how rivalries begin and end between family. Shuri actually wanted the label of Black Panther before her brother took the coveted position, training hard and preparing herself like she gave sub zero fucks about direct lineage or male inheritance. After living in her brother’s shadow for years, she gets the opportunity to reign as queen when T’Challa is almost killed and Wakanda has to stave off multiple invasions. She proves she’s worthy and holds on to the title as T’Challa recovers physically and mentally, venturing out into the world for different challenges and redemption.

T’Challa becomes King of Dead, primarily because he doesn’t want to unseat his sister, but Shuri often looks at her big brother as politically soft and too accommodating to outside influences. And then there’s the Namor thing. You know, the dude that drowned Wakanda, but T’Challa had to keep an alliance with because of secret, yet bigger stakes. That didn’t go over too well with Shuri either (or all the previous Black Panthers for that matter). However, last we saw Shuri, she was sacrificing herself to ensure T’Challa’s escape from the Cabal and her fate is currently unknown in the current “Time Runs Out” storyline. Here’s hoping we get a reunion soon. 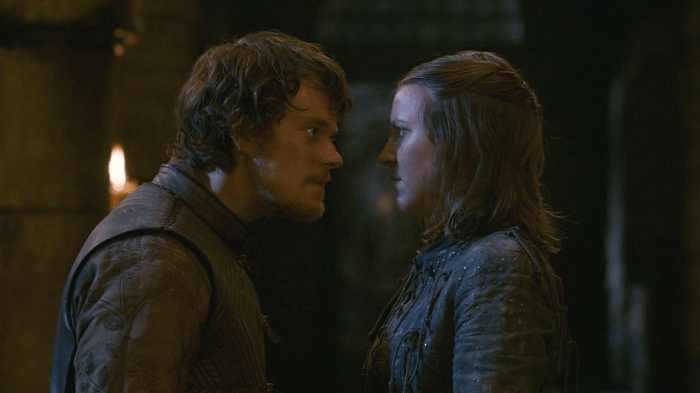 To say that Asha (named Yara on the show to avoid confusion with similarly named characters) and Theon have a complicated relationship is like saying that Westeros is a decent place to live with a few shady characters here and there. Theon, having been a ward of the Starks since he was 10 with all of his brothers dead, comes back to the Iron Isles to persuade his father to join Rob Stark’s crusade. A village girl offers to take him up to the castle his father resides in, and Theon, feeling like the crowned prince returning home, gets mad liberal with his hands on his new guide as she takes him up the mountain. Turns out that Papa Greyjoy ain’t buyin anything that Theon is selling and the girl he just got super familiar with on the ride home is actually his sister. Wait, what?

This is our introduction to Asha, Baelon’s only daughter, and she is as manipulative as she is tenacious as a leader of men. Speaking of which, Theon doesn’t have any of those, which means that even though he’s the only remaining son, he’s still not really next in line as Asha got that favorite child status on lock. The best interactions between them, whether you’re referring to the show or the book, happen after the Theon’s ambition leads him to take Winterfell, but never gets the forces to hold it. In one of my favorite moments in Thrones (and an improvisation in the show, but not in the book) is Asha’s visit to Theon while he sits the throne in Winterfell. When she can’t convince him to come back home, she tells a short story about how he used to cry constantly as a baby until he looked up at her. It’s capped off by the “Don’t die so far from the sea, brother,” line and it breaks me open every time. Much more follows between the both of them, but their current status is how you say, less than desirable in both the books and the show.

Who are some of your favorites?