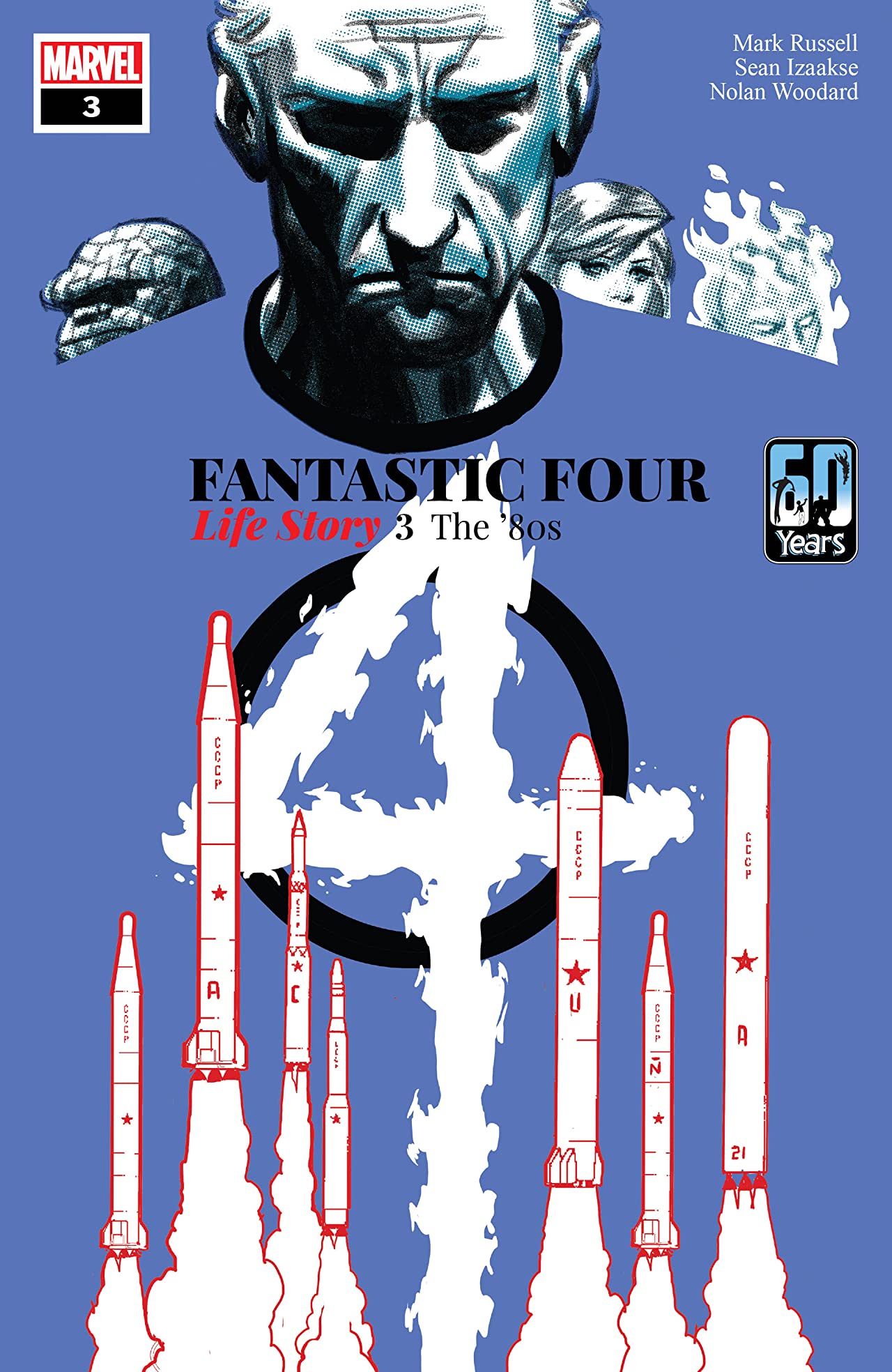 It’s amazing what kind of comic book stories writers can create when they have to deal with the passage of time. Every issue of Fantastic Four: Life Story moves from one decade to the next and that concept continues to work in the book’s favor. With every issue, the perspective changes as well. This issue takes place in the 1980s, this time from Johnny Storm’s point of view. As the years go by, readers are treated to a story that feels more real with consequences that we don’t normally see in comic books.

Fantastic Four: Life Story #2 left us off with Sue finding her own independence from Reed, as well as his obsessions and selfishness. It took a long time to get there but after a decade of raising Franklin alone, I’m glad she decided to leave Reed. However, while her life gets better (shacking up with Namor no less and who could blame her), the separation is a lot harder on everyone. That’s where Johnny comes in.

Johnny doesn’t have as much of an impact on this issue as Reed and Sue do in the first two. What’s interesting about Johnny’s narration is that we are hearing it from a man in his 40’s, which is so strange to see from the young hothead member of the team. I’m so used to Johnny Storm being the wild child playboy of the group that seeing him grow up and become cynical is a compelling change. In Fantastic Four: Life Story #3, he plays the role of holding the family together. You can tell that Johnny loves everyone, and even though his family is broken, he’s just trying to do his best to hold them together as much as possible.

I think what makes each issue of this book so great is how it uses every era and its crucial moments to set up its story. It also has a great view of how the world worked and operated at the time. It’s a good commentary on how separated the world was during the height of the Cold War and how much it still is today. It’s sad to think that even in the face of potential alien invasion the world is more concerned about fighting each other than protecting everything. What’s sadder is how much these potential scenarios ring true.

It takes near annihilation for the family to get back together and considering the end of this issue, I’m curious to see how they keep it from falling apart. Fantastic Four: Life Story #3 feels like a complete story with a beginning, middle, and end. With that in mind and the passage of time, I’m excited to see where Mark Russell takes this book in the next issue and how Sean Izaakse continues to bring each issue’s era to life. Well, I guess we’re on to the 90s.