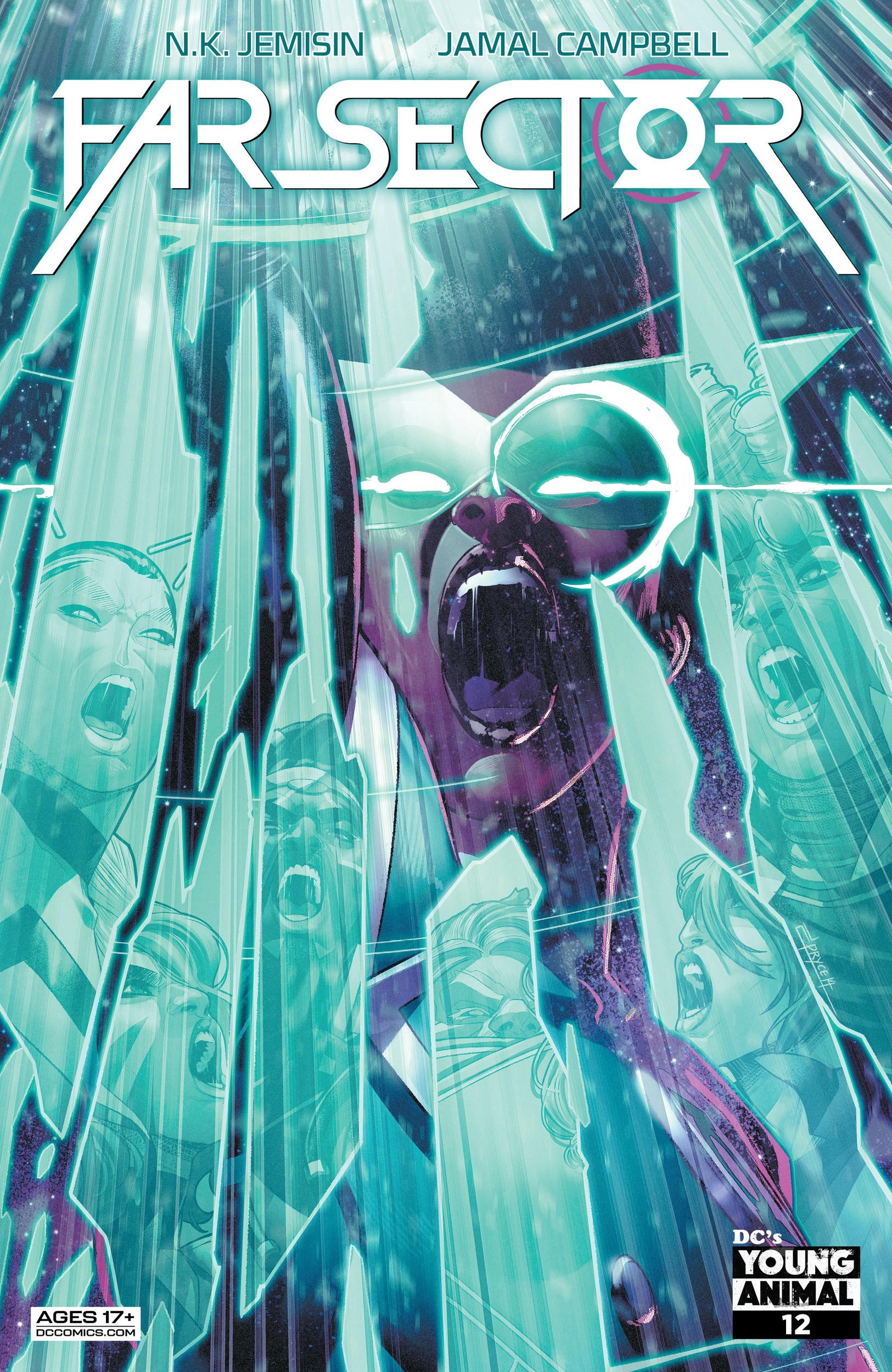 The end of Far Sector is here, and it makes me happy to be alive witnessing this story in real time.

On the heels of a very action heavy penultimate issue, the Far Sector #12 opts to put emotional tension at the forefront of the climax. It’s only fitting since this series was about a race of aliens who suppress their emotions, and the repercussions that can lead to when you aren’t allowing yourself to feel.

In Far Sector #12, Jo uses her words to talk down the enemies of the City Enduring, instead of her ring. (She’s almost out of juice anyway, so she kind of had to improvise.) But it really works. She has to use the power of empathy to reach these people. It’s a weapon that shouldn’t work in her favor, but because of the exploits of the inhabitants of the City Enduring, emotions are running more rampant than usual. I really liked seeing the book end in this way.

If we look at this Far Sector twelve-issue run in its totality, we can see that the climax actually takes place over the final few issues, ending early in this finale, leaving most of the rest of the room for the resolution. And all in all, I think it was a pretty satisfying ending. Now that it’s all said and done, I think it’s the type of story that you could read over and over and always catch something you might have missed. It’s dense in the way that some things just might go over your head, so I’m excited to revisit this story and knock it out in one sitting.

I’m so excited for her next adventures. She’s already a main character in the new Green Lantern series also featuring John Stewart, so I think it’s safe to say she’s not going anywhere any time soon. Jo Mullein is the future.