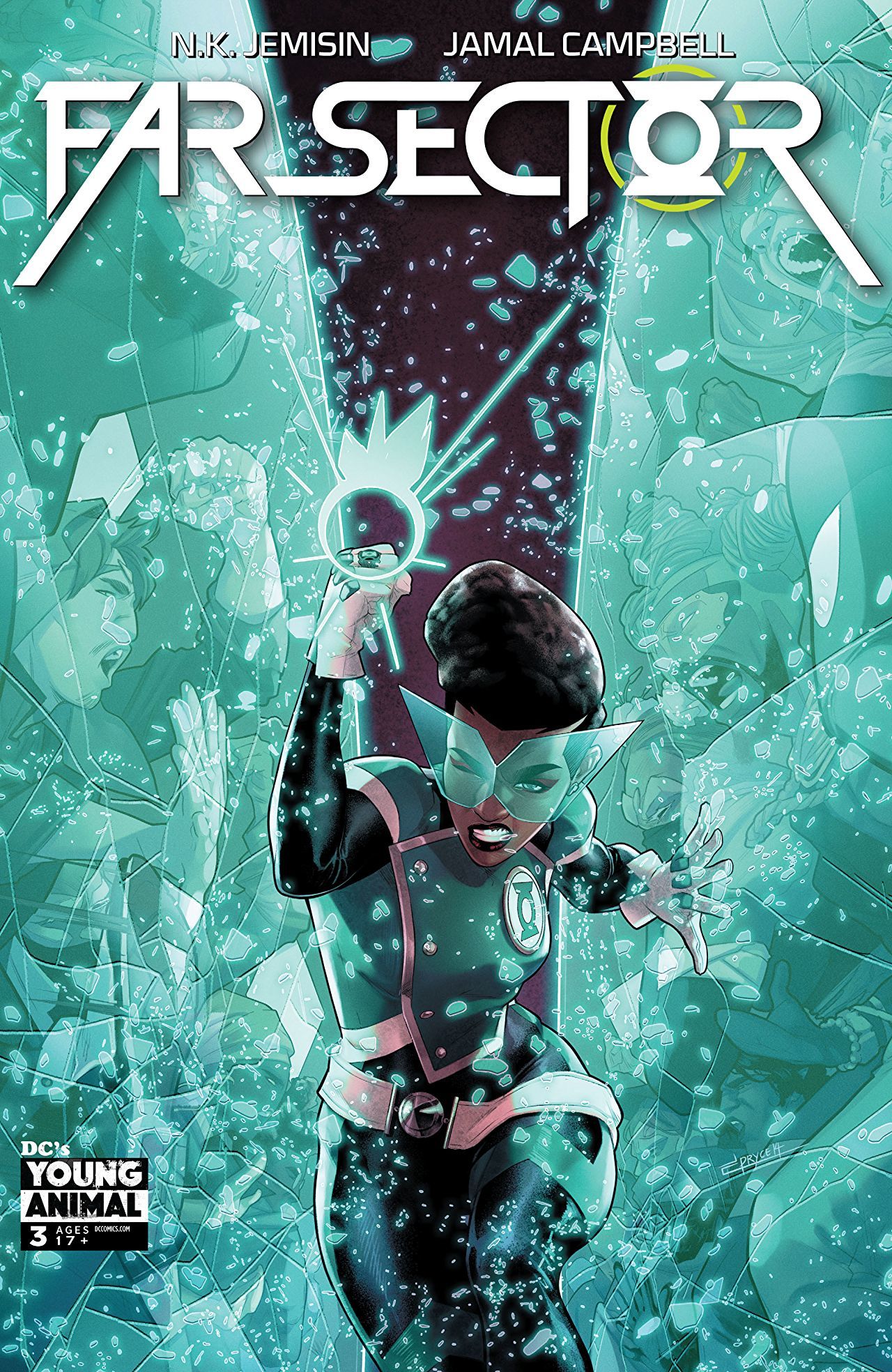 The inclusion of epigraphs like these, from authors like these, make Far Sector stand out in a sea of cape comics. I don’t know if I’ve ever seen James Baldwin quoted in a comic before, at least not in a Green Lantern book. But damn does that quote fit perfectly with this issue.

In issue #3, Far Sector continues to feel unique. It’s truly a special addition to the Green Lantern mythos, and Sojourner Mullein has quickly solidified herself as a top Lantern in my book.

Issue 3 picks up right where issue 2 left off as Jo is alone with Councilor Marth of the Nah. She quickly deduces that he’s on Switchoff, the drug that nullifies the drug that keeps the emotions of the three species of the City Enduring at bay. It’s the same drug at the center of the mystery Jo is trying to stop, which is responsible for the City Eternal’s first death in more than five hundred years 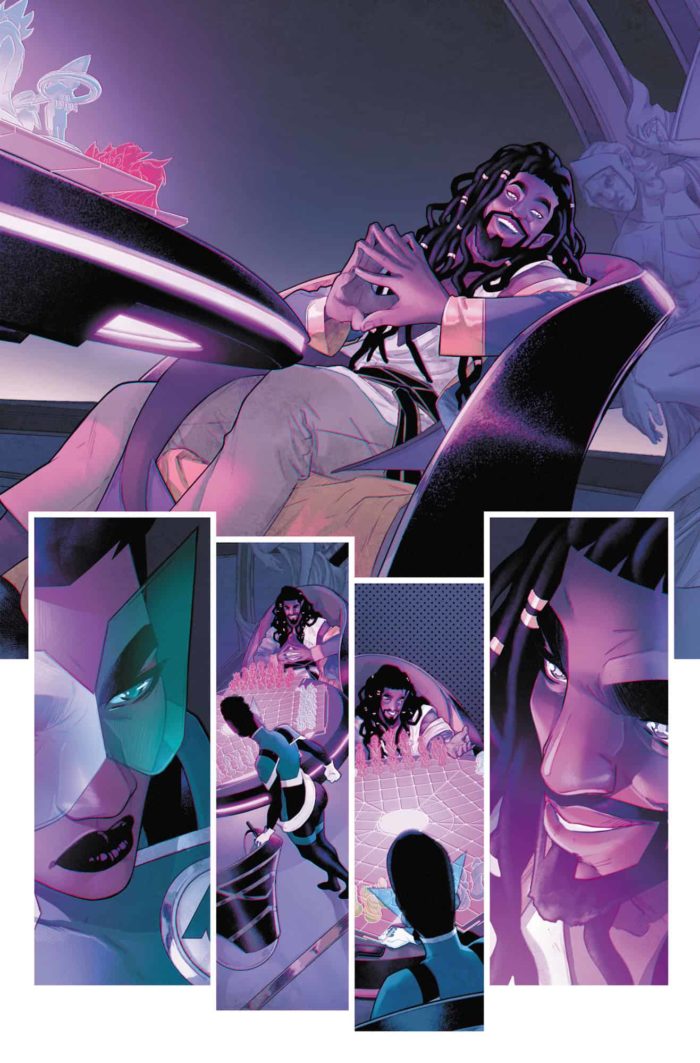 What this series does really well, is putting Jo in an unfamiliar environment and allowing her to thrive in it regardless of how otherworldly it is. This issue, in particular, holds that at its emotional center. Jo is slowly figuring out just how twisted things are in the City Enduring, but she uses her experience as a human being and a woman of color to drive her, rather than her power ring. Those can be one and the same and I’d imagine at times are, but it’s clear when she’s tapping into experience rather than her power ring.

The City Enduring has a class issue, a really glaring one. There’s a side that thinks that everyone should suppress their emotions in an effort at world peace, and there’s the other side who thinks that suppressing emotions, while one way to stop violence, is another way to cause other problems. These two factions are clearly defined. They both come to a head in a protest about Switchoff, the drug that allows the emotions of any given person to flow freely. Jo comes in on some biblical ish and parts the protestors like Moses and the Red Sea. She uses her ring to do so, but that’s the extent of her using her capabilities of a Lantern to solve this problem. The rest of the scene is Jo encouraging both sides to let their voices be heard, while promising the side of the Switchoff advocators that she will personally deliver their message to the Council. What a damn hero. Somehow three issues in, Green Lantern Jo Mullein has become one of my favorite ring slingers. I’m here for it.

It would be a crime to not mention Jamal Campbell and his striking artistic abilities. I’ve been following this dude’s career for years since he was just posting on Tumblr and Instagram. And to see him blow up has been a true pleasure. And in his short time with DC he’s managed to design and set the tone for two of their newest characters in Naomi and Sojourner Mullein. These characters are gonna be around for a while, but to know that Campbell’s design is the precedent is so dope and inspiring. This dude is also a machine. He’s doing the work of a whole team. Art and coloring. Even the covers. And without sacrificing any consistency. That’s usually the work of four people easy, but my mans is doing it all. A true goat.

On top of that, he balances action and emotion really well. Seeing Jo’s reaction of some shocking news in a revealing scene is just as exciting to me as seeing her fly through the sky as she chases a suspect. Campbell does it all, and he does it so, so well.

Far Sector #3 goes a long way in showing us that Jo Mullein is experienced with the types of inequality prevalent on The City Enduring because of her own experience with it on Earth as a black woman. Having that type of history inform the will and decision making of a Green Lantern is the type of stuff that I crave. Give me more!

10 Emotion Inhibiting Drugs out of 10