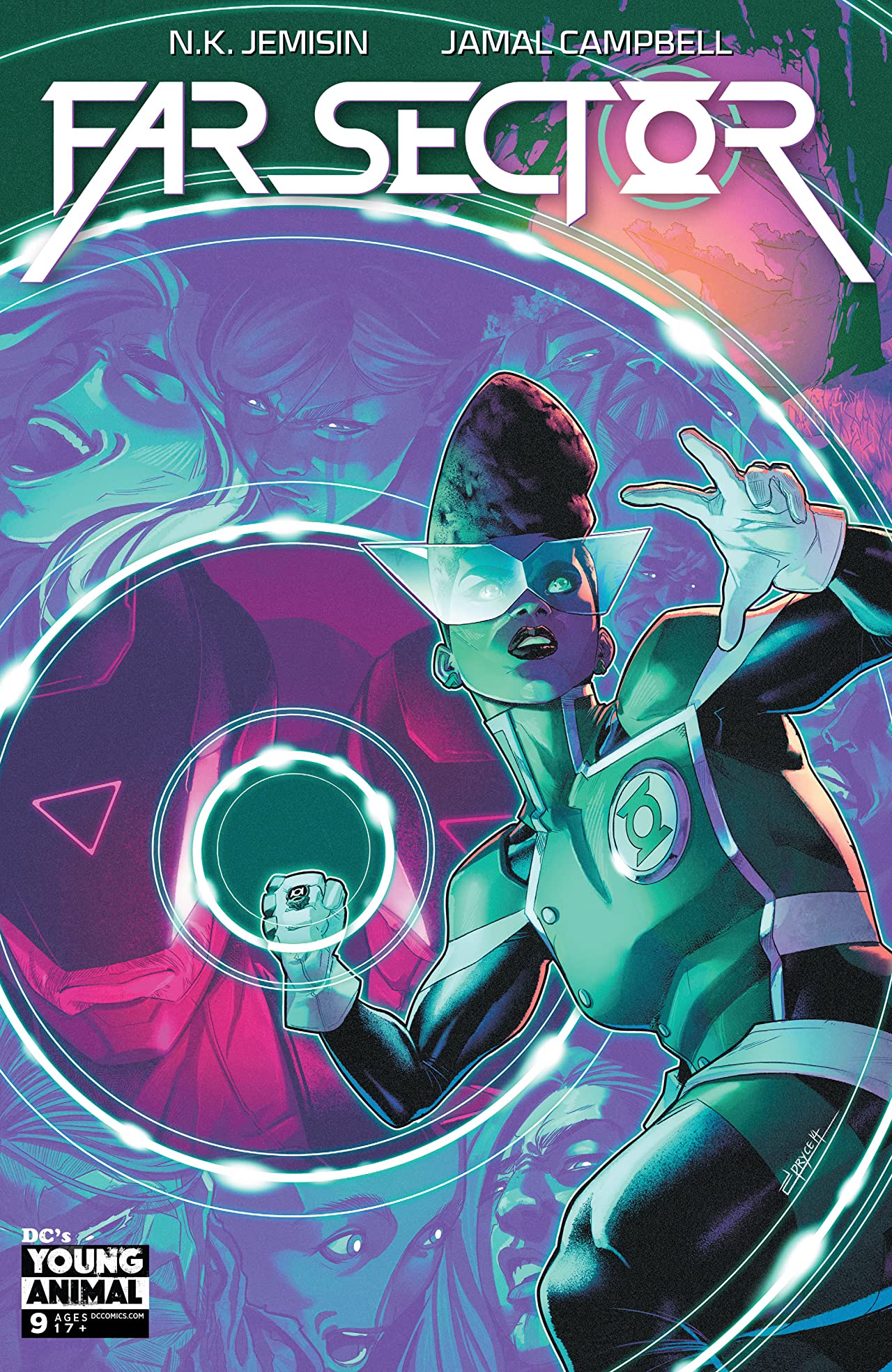 Far Sector is consistently one of the best books on the shelves, and #9 just continues to prove that.

In this issue, Jo unearths a pretty big clue into the mystery of what’s going on in the City Enduring. The inhabitants of this planet take emotional suppressing drugs, which is supposed to make everyone more compliant and reduce the crime rate to zero. It mostly works, at least on paper. But the people are suffering silently. Which is why Jo was summoned to The City Enduring after its first murder in centuries.

We’ve known that some people take another drug called Switchoff that allows them to feel emotions, and that’s probably how the murder happened, but there seems to be something more going on here.

Jo’s partner and holographic being CanHaz, tells her that The City Enduring’s black market is run on memes. Yes, memes. Memes are often funny, and people on this planet aren’t supposed to be funny without Switchoff. This information is a string that Jo can’t help but pull.

What’s so great about this issue is its balance. So much of it takes place in a diner where Jo and CanHaz talk and eat holographic food. Jo is also charging her ring so she doesn’t have the same resources that she normally has, which has forced her to slow down and assess things differently than she would if she could just point her ring at something and shoot. Nonetheless, it’s a great scene.

Jemisin does a good job of balancing dark themes with funny moments. It’s a scary thought that on a world where people can’t feel, people on the black market are being exploited for the emotions that they aren’t supposed to have. And on the other hand, the idea of edible holographic key lime pie is a little silly. And so is the idea of memes as currency. These things keep us from sinking too far into the darkness and remind us that space can be as fun as it is scary.

Jemisin and Campbell are once again at the top of their games. It’s great to see a mainstream book like this keep its consistent look and feel throughout its story. Just as this comic wouldn’t be the same without Jemisin, that is also true about Campbell. They’ve both effectively made their mark. Far Sector is yet another example that limited runs are really where the best stories are being told.

Far Sector #9 reminds us that planets halfway across the galaxy are a lot like Earth. The people are miserable, and memes run the world.