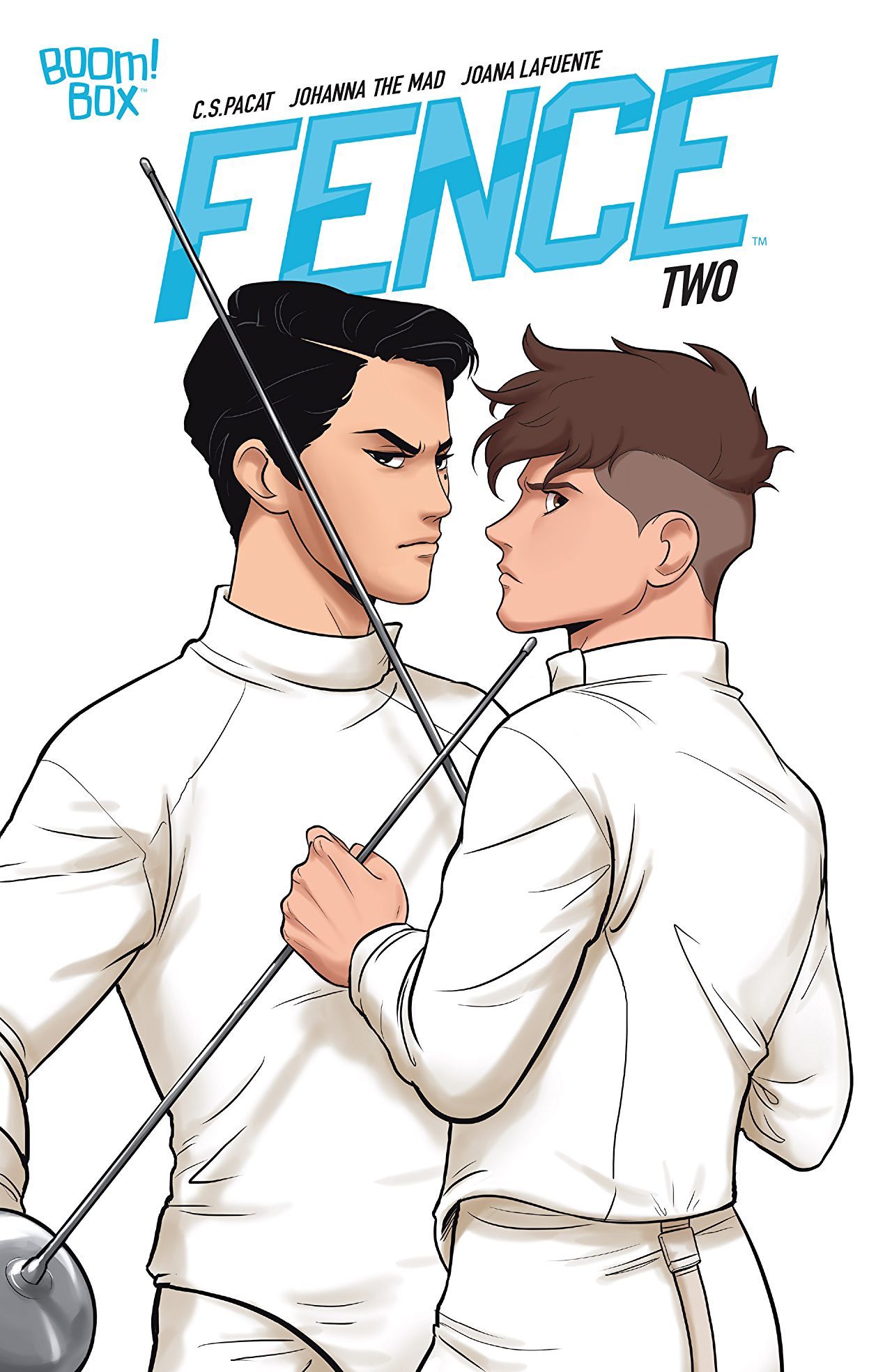 The disclaimer is that I know next to nothing about fencing other than that you have some type of sword, you wear protective gear like a helmet, and that #blackgirlmagic exists in that sport in the form of U.S. Olympian Ibtihaj Muhammad.

It has never been a sport I’ve been interested in and this is not me dissing it. On that same token, I was never big on figure skating. Why did I bring up skating? A friend convinced me to watch some anime titled Yuri!!! On Ice and even though I’m not a fan of sports anime… I was hooked.

Sometimes you only need the right medium, you need only the right gateway medium to hook you. I missed issue one of Fence and, still curious, thought I’d read up so I could check out issue two… Can I say I feel like a fish looking at the worm on the hook and inching closer ever so slowly?

The pacing of the first issue of Fence seemed a bit rushed with the timeskips. It failed to make me get behind Nicholas as a character, yet the creative team managed to pull off a fairly decent first issue. The pacing in this second issue works well with the introduction of several new characters and the setup for how our boys will operate from here on out (be skilled, beat him, join the team, beat the rival school—and not necessarily in that order). I’m more invested in this issue and hope the fencing scenes will prove to be elaborate enough that an amateur like myself can lose myself in them and feel connected to the characters dueling, er fencing.

The intensity between fencing prodigy Seiji Katayama and newbie Nicholas Cox continues to come across very well in both the writing and the art. Their rivalry appears to be a recurring theme for this book, yet it’s hinted that if they want to succeed, they will have to at some point—you guessed it—work it out somehow for the greater good, possibly as teammates. The first issue did not establish Nicholas Cox well enough for me to start rooting for him. I felt he almost blended in. This issue we see more glimpses of who he is and his motivations and I’ll take that and run with it. Nicholas is starting to emerge as a character to be not just interested in but invested in too which is good.

On the other hand, Seiji reenters the picture and we discover he’s got something to prove too, regardless of if he’s more polished and has been in the game longer. Very quickly, we can see that both Seiji and Nicholas are going to be as different as night and day: from their clothing, their mannerisms, their insults (calling someone ‘Zero’ because they failed to gain anything higher than zero points on you must be the sickest burn, fam) and so forth. Sure, all Nicholas wants is a chance to prove himself, a place to belong, a team. For Seiji, it looks like what he wants isn’t too far off, surprisingly. Sure he’s the more accomplished fencer, but if Seiji wants to beat the one who bested him and elevate himself higher, he’ll need many of the same things Nic is striving for. 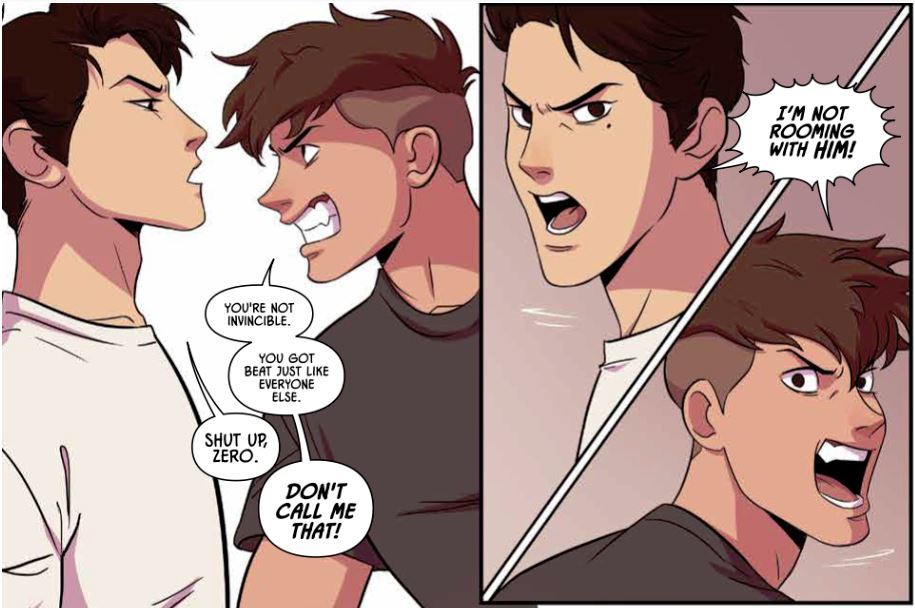 Look.. .and we’ve got an artist who doesn’t make me want to scream when looking at Black characters and their hair! Johanna’s art is clean, crisp and it flows really well from page to page. There’s a variety of diverse characters to be introduced in this issue all with different skin tones, hair textures—and it’s a joy getting to know this interesting melting pot of folks. There’s plenty of hilarious moments, too, like the Bobby/Nicholas vision and the visual representation of Nic and Seiji’s rooming together. Lafuente’s coloring job works well with a bright palette and helps certain parts of the book really shine:

Issue #1 did not wow me, yet it did hook me into wanting to read the next issue. Issue #2 has come, put its line in the water and before I knew it, I’m here looking at the hook contemplating. I’m definitely hooked enough for the next issue. We’ve got a great looking book with all the trimmings, with a story that I have a feeling, with time, will wow us all. This comic just needs time to mature and build up the drama and the action, of course. Come for the boys who fence, leave with more pretty boys who fence and what looks to be a new rivalry for the ages.