“You don’t know a thing about our story, tell it wrong all the time”-Jamila Woods

Artists are the main source for preserving history and amplifying voices. I lack the statistics on the amount of art in this world that discusses topics such as racism, gentrification and the systemic dismantling of public education. What I do not lack, is the ability to recognize my story when I hear it. Jamila Woods’ Baldwin is a song of my story, and likely your story too.

Let’s take a picture walk, shall we?

1. Baldwin. James Baldwin to be exact. The video opens with a quote that I read as a call to action. 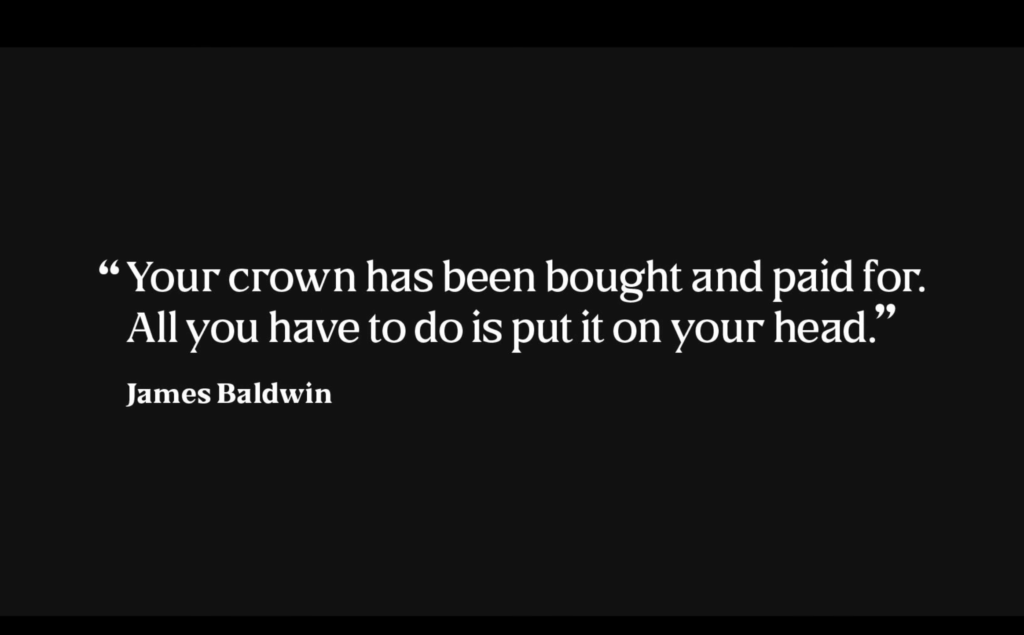 Jamila wants us to know upfront that what is ours is ours for the taking. Our ancestors have paved the way, mommas and daddies have made a way… pick that crown up and lift that chin up. This here, this is our story. Her very first line is going out to every mouth that has spoken ill of Black folks and marginalized people of color. “You don’t know a thing about our story, tell it wrong all the time.” Okay, now we not only know who she’s talking about, but who she’s speaking to. Colonizers, listen up. Black folks, celebrate & listen. Word.

2. Font is everything. As soon as we see Jamila’s name, we know where she’s taking us.

Oh, okay sis. We setting the scene in Hogwarts, huh? Black Hogwarts, honey. We about to get these lessons, some books & somebody gonna get read. Baldwin shows us that magic is more than just a notion…

The magic is in Black folks thriving while surviving. Jamila’s words say it all.

These lyrics juxtaposed with beautiful, beaming educated Black folks is more magical than anything Rowling could ever write. Jamila’s Baldwin teaches us that Black survival be a whole ass house by itself. Black survival’s crest shine like soul glow, regenerates as any good Doctor would and is powerful in legacy. This entire video shine like James Baldwin’s toothy grin.

3. An abundance of beautiful Black youth.

Hogwarts is a school, and what is a school without children? The youth is where the magic is.

Black youth lead in Baldwin. Their voices are only amplified by the lyrics in this song. The three teens highlighted in this video give us a lesson on listening. How often do adults stop to ask our youth that we make so many decisions about, what they want. Better yet, what is it that they need? Baldwin allows the youth to lead, right from the beginning. Ending the video with testimonials of the three youth shown in the beginning is powerful. The cradle to prison pipeline isn’t a new topic when discussing public education today. Hearing it illustrated by the people it directly effects, is an entirely different experience. Jamila is making sure that we get these feels and this call to action. Baldwin is book-ended with brilliant Black youth so that the messages aren’t lost.

Who among us Black folk ain’t learnT something in a salon, a kitchen chair, a front porch and a jar of Blue Magic? Black hair is a staple of Black culture, white fear and prejudice. Over the years, there have been several headlines showing how Black youth continue to be discriminated upon in school because of their hair styles. Locs being cut off by white women prior to wrestling matches.

The celebration of and education on Black hair as a focus in Baldwin is its own ode to Black culture. It is just another way that Jamila tells her people “I see you, fam.”

The lyrics? The words? Those are for those that hate us. The words confront the gentrifiers, the privileged, the systemic racism and those who hold white supremacist values in the palms of their hands and tips of their tongues.

Jamila Woods’ Baldwin says and does so much. The intertwined praise and cries created illustrate Black struggle in such a pure fashion. To say that the video or that the song is “enjoyable,” is lacking. It is a feeling so hard to describe. Baldwin is far more than a consumable. The song and the video stick to your ribs, fill your belly and ignite your passion to live fully. Baldwin stares at the window of gentrification and white privilege, gathers living Black bodies and screams “Finestra!”

May we continue to experience Jamila Woods shattering glass. 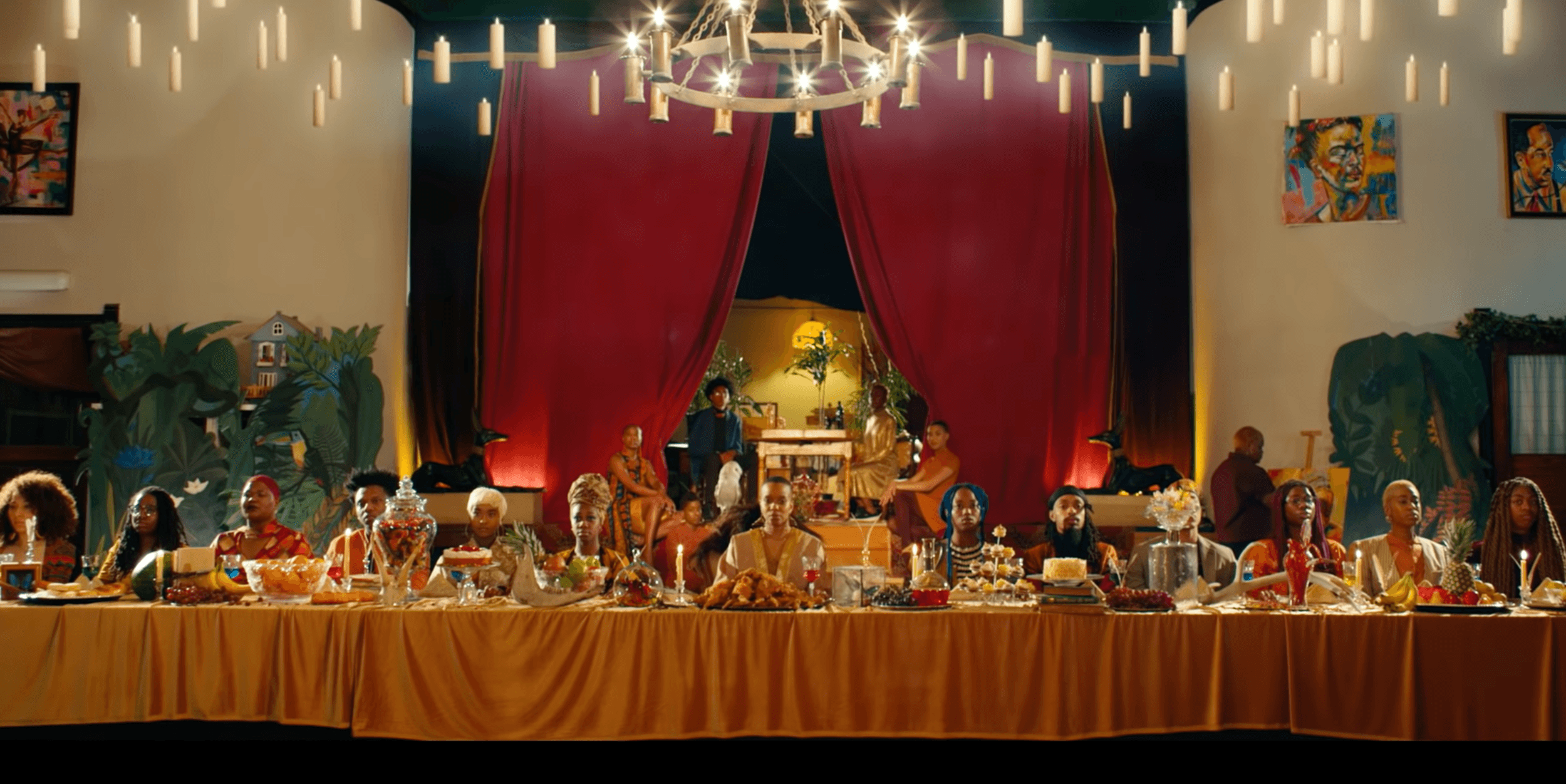