I have never played the original Not Tonight from developers PanicBarn. However, when they offer the promotional material for its sequel (appropriately named Not Tonight 2) I was instantly intrigued by the game play and tone of the story. It’s impossible to see the gameplay and not think of Papers, Please, the 2013 indie darling where you checked immigration papers for the fictional country Arstotzka. Upon research, it looks like the original Not Tonight adapted the approach to a slightly more modern setting, and Not Tonight 2 drags the idea of checking documentation all the way to the year 2021.

The premise of the game is simple: in an alternative version of the United States of America, the world hasn’t exactly been the same for quiet some time. For example, Canada annexed Montana, a chunk of the Midwest has been repurposed to a full-scale Medieval Times, and there’s a Gulag in Miami. Although not all of that is immediately obvious from the get. The story outs with a small group of friends staging a protest in Seattle on New Year’s Eve. Of course, protesting is a great way to get flagged in dystopian American. One of your friends get detained and flown all the way out to Miami, Florida and is threatened with deportation unless he can provide his passport and family tree in person within 30 days.

And thus begins a multi-pronged journey across a perilous landscape to save your friend. After a small tutorial where you participate in the not-so-shadow government processing of detainees, you jump back to our actual protagonists. The approximately one-hour beta follows the tracks of Kevin, as he tries to track down Eduardo’s passport. In order to make the trek though, he uses the latest in work for hire apps, BounCR, to get various odd jobs, mostly checking IDs. The initial mission at the Honeybee is simple enough, making sure that no minors make it into the bar. As the music from the club blares out whenever someone is let in as the characters speak in sim-lish, the game sets a reasonable cadence. You make money from doing your job correctly, you gain morale for helping people in need (sometimes at the expense of money), and you acquire various items and objects.

The beta takes you through the cold wasteland that is Montana where you inexplicably have to deal with poutine orders in addition to license checks. You also make one quick pitstop in New Camelot where you’re also making sure you (literally) shoot down any queue dodgers. The gameplay is simple enough, but the stress of multi-tasking, minor moral decision making, and the need to meet quotas to save your friend is engaging enough to keep going. The gameplay naturally builds upon itself and, while it can feel overwhelming at times, it never feels unfair. And the helpful story integration points help naturally guide you through the wilds.

What really sells the game though is the fantastic worldbuilding and character interactions. This version of the United States is a little more kooky than our own, but never enough to be entirely unreasonable (because I 100% believe that if society started to crumble, someone would definitely make a full on renaissance fair) and mirrors at similar extremist views. It’s a game that openly acknowledges the absurdity and reality of politics, and the very core of the game speaks to a grounded situation that is unfortunately familiar and very real.

While we only got a glimpse of the journey, the glimpse was enough to showcase lots of really wonderful things. Mari coordinating Malik and Kevin’s efforts. Kevin getting berated by his mother in Mandarin, only to be given the supplies necessary to make the trek. Kenya signing Kevin up for a weird drone reward program, that while worrisome in principle, is kinda sweet? To say nothing of the fact that there apparently is always going to be a plague… But the point stands, the humor, the candor, the moment to moment of Not Tonight 2 compels you, and I am personally very excited to play the full game later this year and to go back to the original.

The beta of Not Tonight 2 shows an incredible amount of promise. As weird as it is to say that a game where you play the role of a bouncer who gets most of their gigs via mobile app and check documentation is fun, it is indeed fun. The writing, the music, the atmosphere all make what is an odd premise so much more enjoyable and I’m ready for the full release yesterday. 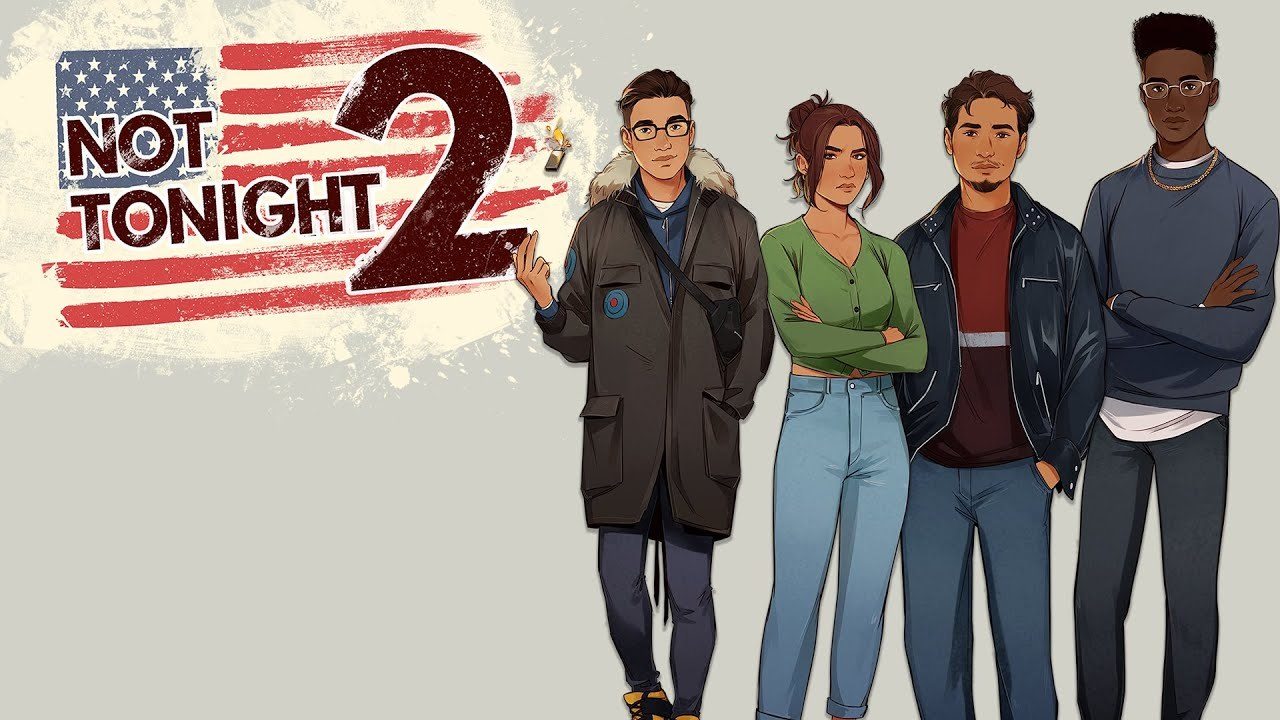