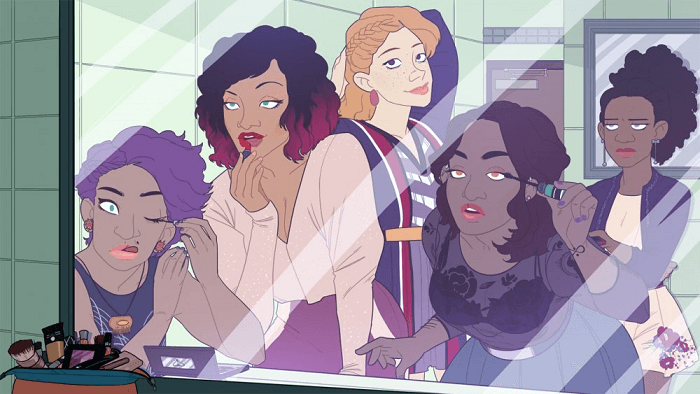 Yo, I can’t lie, sometimes being a queer woman or femme of color just sucks. Between the mix of racism + misogyny + queerphobia that’s served up with intersecting identities like some kind of twisted jackpot, the struggle to find other people like you, and then the impossibility of being able to just take a break with some comics without the intrusion of heteronormativity, male gaze, and whiteness? I mean Bast knows how we made it this far.

Thanks to the rise of webcomics, however, all that is changing for the better (finally!). From superheroes to first love and all the comedic life moments in between, here are are five of the brown and Blackest, super LGBTQIA+ reppin’ comics on the internet to get your self love meter all the way maxed out.

Agents of the Realm 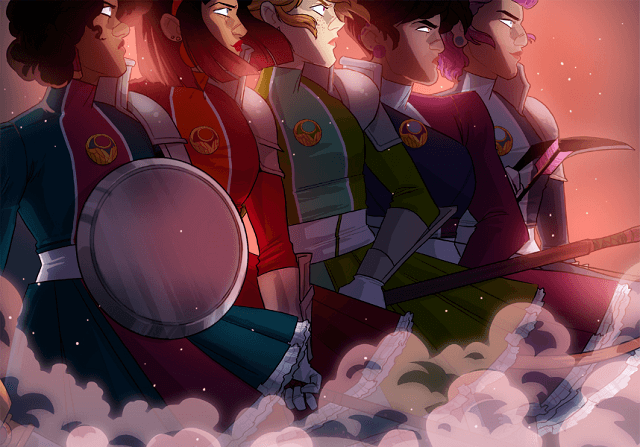 I would probably be committing a grave internet crime if I hadn’t included this series on this particular list because fam, if you are looking for a rainbow of queer women of color out here livin’ they best magically powered lives you’d be hard pressed to find a single panel where this isn’t true. The story takes place when a team of first year university students has been chosen to protect our planet from a breach in the barrier to another dimension and the mysterious creatures that threaten humanity. But even becoming mystical warriors may not help our heroes navigate something even more treacherous: the confusing world of college classes and dorms!

Now I know not everyone is as big a fan of magically transforming ladies as I am, but don’t let that stop you. Unlike say Mahou Josei Chimaka, another favorite Black and queer tale featuring a grown magical girl, Agents of the Realm takes a lot less of its cues from the fluffy and the sparkly and more on the adventure and fantasy side. I mean, have you looked at those hardcore weapons? Ain’t no fragile wands here. Just Black Girl Magic, no chaser.

Get in on this super relatable magical adventure here. 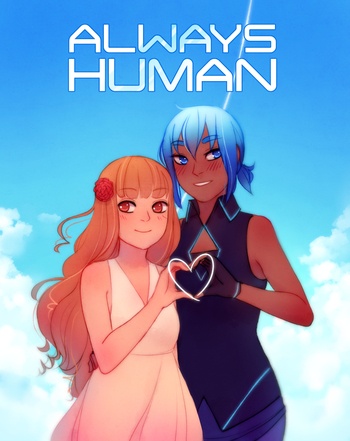 If you’ve ever wished for a sweet sci-fi romance that felt like gazing at neon-studded stained glass every time you read it, this is the comic for you. And even that doesn’t quite do justice to how gorgeous this series is merely to scroll through. Welcome to the future, where technology has advanced so far ahead that you can recreate your surroundings and even change anything about your own body at will— provided you don’t possess a rare allergy to the modifications. But when just one such person named Austen meets a fashion mod obsessed woman named Sunati and sparks fly, the two discover just what it means to fall in love with someone in an age where everything about someone could change in an instant.

In addition to the super cute story and art, this comic features some other amazing details as well. For one, to complete the multi-sensory experience every chapter comes with soothing but thematically related background music whether you read on your computer or download the free Webtoon app. Additionally, this is one of the few non-racist representations in comics I’ve seen of South/South East Asians and an even more unique, one that features Asian and Latinx romance (Sunati is, according to the author’s Q and A page is Indian, Indonesian, Chinese, Korean, Nepalese, Malaysian, and Australian and Austen is Chilean Australian). An added bonus is getting to know Sunati’s best friend Rae who is both Black and asexual spectrum, ’cause hell yeah for the “A” in LGBTQIA+!

Take a trip to a future filled with queer romance here.

While escapism might be nice once in a while, there’s nothing quite like a slice of life comic to remind you that no matter how sloppy, lazy, and bad at impressing women you may think you are, it could always be cartoonishly worse. Meet Kenya Constance, a 21-year-old whose sister Amari has had enough of her broke lounging around and intervenes with the aid of a surprise roommate named Deidra. The only problem? The new roommate turns out to be cute… like, really cute.

If you’re a character person like me, you’ll absolutely adore the Constance sisters realistic squabbles and affection as well as Ken’s all around dorkiness (of course, as two Black Filipinx it doesn’t hurt to be able to add a few more Blasian characters to the list). I’m also digging the highly saturated, geometric style that the comic is drawn in that contrasts really well with the Bast-awful mess that Ken lives in.

You can give yourself a refreshing inhale of roommate realness here. 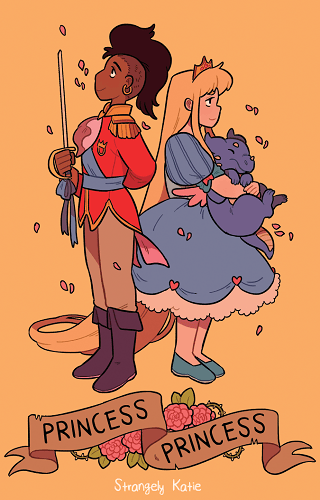 Not to be confused with the manga of the same name (trust me, that will lead you down another rabbit hole entirely), it’s possible that this comic might quietly be the most popular on the list if only because one panel gets shared virally across social media with regularity. Well, now you can read the whole flipped fairy tale of Princess Amira and Princess Sadie in one place in the compiled comic Princess Princess.

More than just a moral of breaking out of gender roles, this story invites readers to consider what it actually means to mature and grow and how to handle people who hurt us when we don’t deserve it. In addition to becoming beautifully published in print, this comic was given the title of best book/graphic novel and shortlisted for best overall comic in the first annual Autostraddle Comic and Sequential Art Awards, so you know it’s pure fire. Also that mohawk though!

Do yourself a favor and rescue yourself from the tower of life’s BS by clicking here or support the creator by purchasing the print version here. 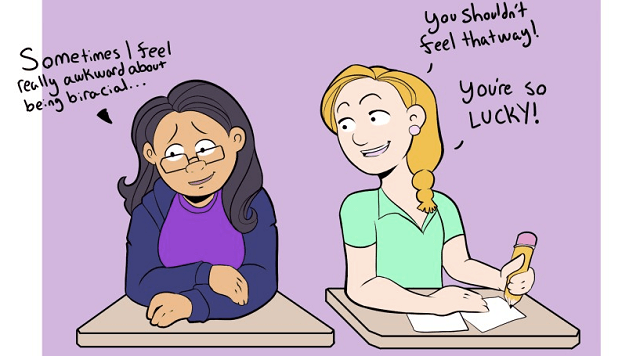 So it may be a little early to sing the praises of this comic, but I couldn’t help it: humorous anecdotes of what it means to be biracial and bisexual? Yeesh! Talk about your double erasure! Although Bi-Assed is a new arrival to Webtoon, I’ve peeped the portfolio and the creator has got the pro skills to match big names like Rubyetc or Owl Turd Comix to bring some much needed Blackness to the short comic game. After all, what could be better as a queer woman of color than battling life’s greatest stupidities alongside your sis?

Get your ass into gear and read all about it here.

Got a comic starring a queer Black or brown woman you think I should read next? Let us know in the comments!