So, the Kickstarter fueled Nightwing: The Series got off to a good start with some good old Deathstroke mayhem and an brief but satisfying look at our hero. Though the five part miniseries wasted no time getting right to business, the second episode decided to take the long way around and jump into some backstory for the former Boy Wonder. Hell, the episode is even titled “Origins.”

Episode 2 tells the story of the incident that served as the catalyst for Dick Grayson’s breakaway from Batman. Despite being low on action, the episode plays out a key moment from The Killing Joke. The plot carried the appropriate amounts of gravitas in the right places and the acting really wasn’t half bad. In fact, I’m constantly surprised at how much effort went into this project. Still, I had a couple of complaints. For one, Dick Grayson’s early Robin suit, even for fan-made work, might be the WORST thing I’ve ever seen. I watched this episode and then scoured Amazon to see if that suit matched any of the toddler costumes. Amazingly enough, the toddler costumes were better. Of course, the argument could be made that this was intentional to reflect a Boy Wonder who was outgrowing his motif. 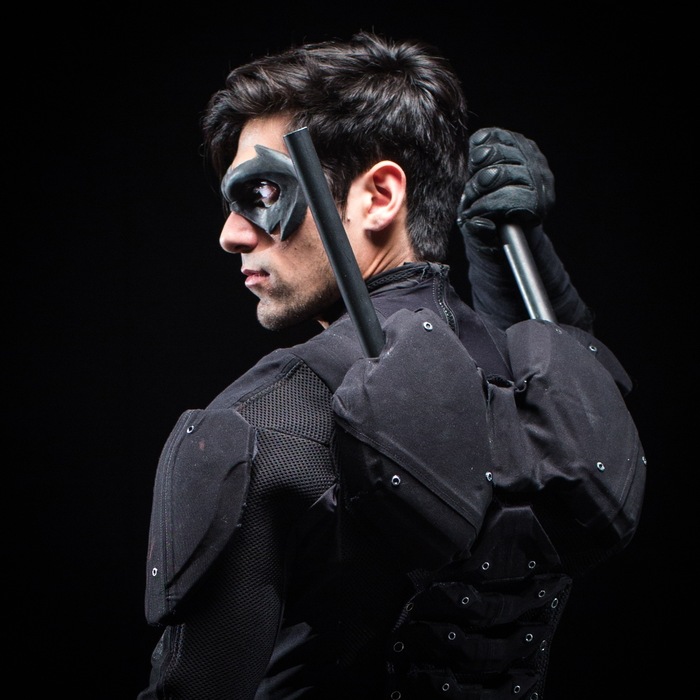 Also, this seems like a nitpick, but Bruce Wayne was a little too….stylish. It’s one thing for Jason Todd (pitch perfect incarnation, by the way) to look like an unconventional Banana Republic ad, but Bruce??? I don’t know if it was the hipster shades or the fauxhawk, but Batman, even with his “billionaire boob” cover, seems like the type that wouldn’t put so much time into being so cute. The way he was written didn’t seem to match up with the person I was looking at. The complaints here were a bit off putting, but didn’t take enough away from the gravitas to be too much of a problem. All in all, the result was an decently paced flashback story that tide the audience over until we see some movement on the hunt for Deathstroke in the present day. Stay tuned for Episode 3.

Bottom Line: A few casting and costume issues only slightly distract from a mainly strong backstory. 7.5 out of 10